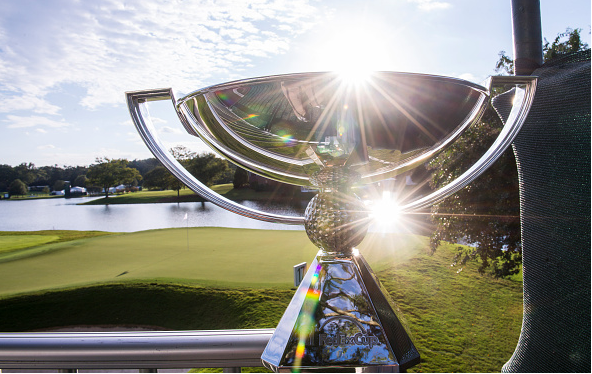 For about 48 weeks out of the year, nearly every PGA Tour pro will tell you he doesn’t think about the FedExCup points race.

Play well this week, this event, this upcoming run on the schedule, they say, and things will take care of themselves. Makes sense – for about 48 weeks a year. 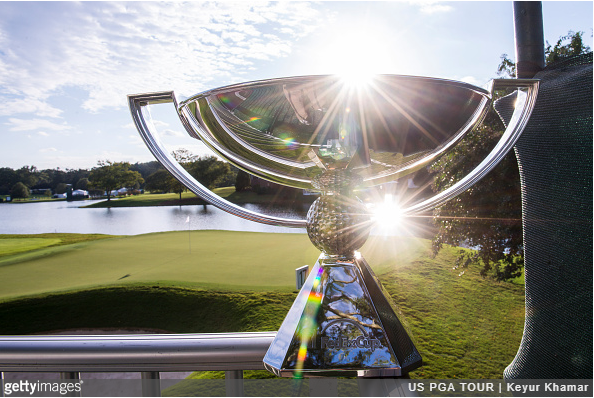 This week, of course, the playoffs is all they’re thinking about. And for perhaps 80 players for whom things didn’t take care of themselves, it’s a stark realization that relegation could be just around the corner.

The Wyndham Championship ends the tour’s regular season and begins the annual stretch where two scoreboards are in play – one for the actual tournament and one for the points cutoff to keep your season alive.

Meantime, the Solheim Cup conducts its 15th renewal in America’s heartland, with both sides undergoing a bit of a changing of the guard. These days, though, it seems a rivalry for bragging rights as No.2 behind whatever dozen Koreans someone could cobble together on short notice.

That said, here’s a split edition of the weekly 10 top storylines.

Thirty-seven weeks of PGA Tour competition, several with simultaneous events, and it comes down to this. Get inside the top 125 or start a month’s vacation.

No wonder, then that every player ranked between No.112 and the cut line is entered at the Wyndham Championship. As are 40 of the next 42, trying to punch a last-minute ticket in Greensboro. 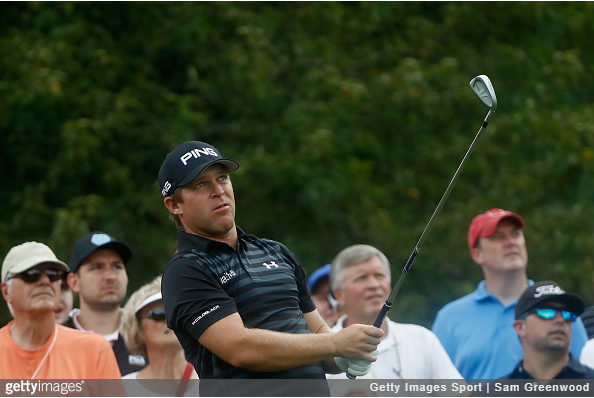 This week’s bubble quartet: No.124 Daniel Summerhays and No.125 Geoff Ogilvy are in, No.126 Cameron Tringale and No.127 Sam Saunders are out. They’re separated by just 11 points.

How thin can the margin be? Just two years ago, Jeff Overton edged Will MacKenzie for the final berth by a mere 0.437.

Since the playoff concept began 10 years ago, an average of 2.6 men have played their way into a playoff berth in Greensboro. That number has been as high as five, accomplished on three occasions. Conversely, in 2013 no one pushed above the cut line.

Of course, the playoff push is a taller task for some than for others.

From No.147 Ben Crane on down, extending their season requires nothing less than a top-10 finish. And in some cases, plenty more.

Everyone below No.156 Jim Furyk is going to need a top-5 finish, and perhaps some help from guys in between not also making significant moves. Among that group: No.161 Retief Goosen and No.167 Boo Weekly. 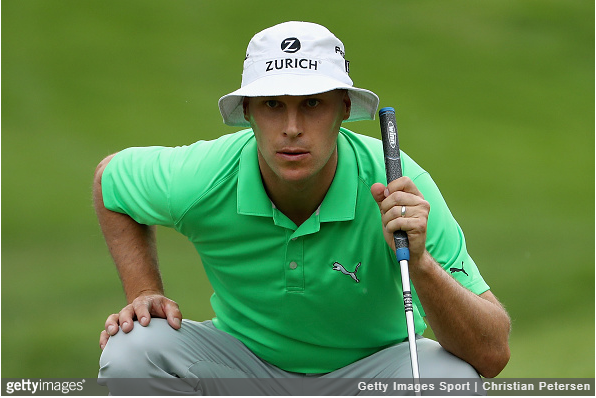 Furyk, by the way, is already starting vacation. He’s not entered in the Wyndham field, so his point total isn’t going anywhere.

It’s worth noting, too, that in the PGA Tour’s playoff decade just three men have come from outside No.140 on the points list to grab a playoff spot in Greensboro. Two of those came in the same year, when Davis Love III won two years ago and Jason Gore also made a huge leap.

The top 125 isn’t the only cut line in play this week. In a way, the others might be even more important.

Nos. 126 through 150 on the points list will keep restricted PGA Tour status, which could be good for as many as 20 starts. 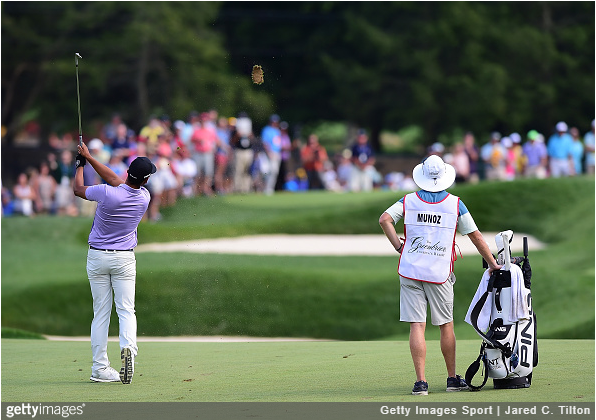 It probably won’t get a tee time during the Florida Swing and most of the West Coast Swing. But they’ll get into those events opposite World Golf Championships and Open Championship, plus perhaps some of those midsummer events when bigger names are looking for a break.

Rick Lamb heads to Greensboro at No.150 on the list, two points ahead of Sebastian Munoz and Kyle Reifers.

Also, everyone from Nos. 126-200 on the points list automatically qualifies for the upcoming Web.com Tour Finals. That determines the last 25 PGA Tour cards to be awarded, so guys who fall out can play their way back in.

Kevin Kisner and Chris Stroud, who made up Sunday’s final PGA Championship pairing, are both in the Greensboro field after disappointing finales. They are the only two entrants who finished among the top 10 at Quail Hollow.

The question is how much they have left in the tank. 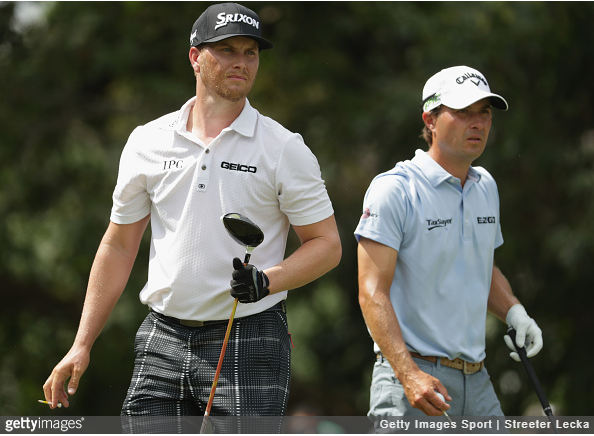 Kisner held at least a share of the lead each of the first three days, but loose shotmaking midway through Sunday’s round proved his undoing starting with a splashdown at No.7. A closing 74 left him four shots behind Justin Thomas.

Stroud actually was outside the top 125 before he won a Barracuda Championship playoff in Reno to become the last qualifier for Quail Hollow. He’s now 69th in FedExCup points but is teeing it up for the eighth straight week.

China’s Haotong Li, who placed third at the Open Championship on the strength of a closing 63, will tee it up in Greensboro on a sponsor invitation. It’ll be just his third entry in a regular PGA Tour event, along with 2016 stops in Hawaii and Puerto Rico. 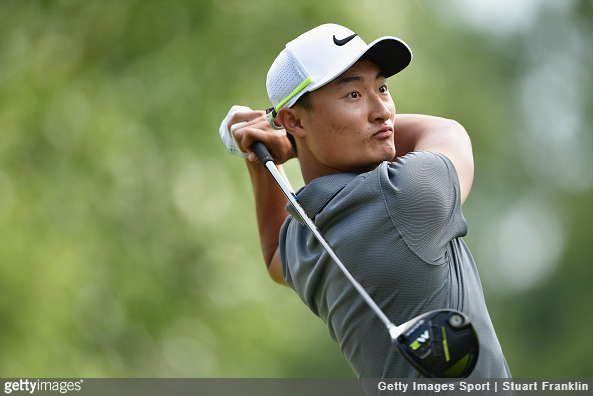 He’s not all that unfamiliar with the territory, though, having spent a full Web.com Tour season in 2015. He managed just one top-10 there, tying for ninth at the Price Cutter Championship in Missouri.

There’s potential reward for him, too. With a really high finish – probably nothing worse than top four – he can collect enough FedExCup nonmember points to earn membership for next season by exceeding whoever stands 125th on the chart.

Not to malign the passion shown on both sides of the Solheim Cup divide, but with each passing edition the biannual U.S.-European clash is looking more along the lines of a heated college rivalry without bigger reward.

Think along the lines of Texas-Oklahoma, while Alabama is building more space in its trophy case. 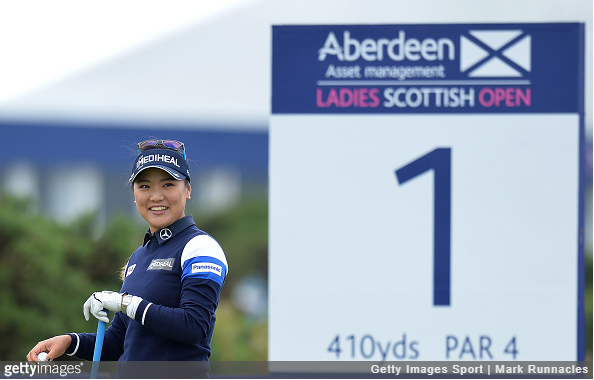 Alabama, in this case, serving as a metaphor for South Korea.

The first three are reigning LPGA major champions. The next two are recent major champions – and in Park’s case, a new Hall of Fame inductee. The other five are all in the top 20 of the world rankings.

Then again, it probably doesn’t help perception when nearly one-third of this week’s Solheim Cup participants are first-timers.

U.S. captain Juli Inkster has three rookies, including 18-year-old Angel Yin, who she made a captain’s pick after the California teen finished in a tie for 11th at the Women’s British Open. It was her third top-15 finish in her past four starts, and she was a quarterfinalist at the Lorena Ochoa Match Play. 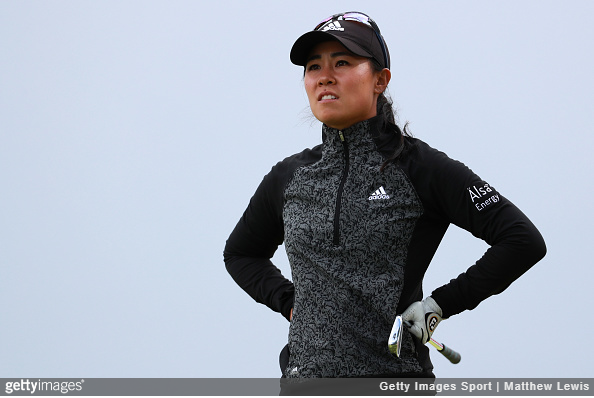 Inkster’s other newcomers are Danielle Kang, who won the Women’s PGA Championship in June, and Austin Ernst.

Everyone knew it was only a matter of time before Annika Sorenstam was called into Europe’s Solheim Cup captaincy, and it’s no surprise that she’ll make her debut on the U.S. side of the Atlantic.

One can’t help but wonder, though, if Captain Annika could use a little bit of Annika the world-beater. Or a lot. 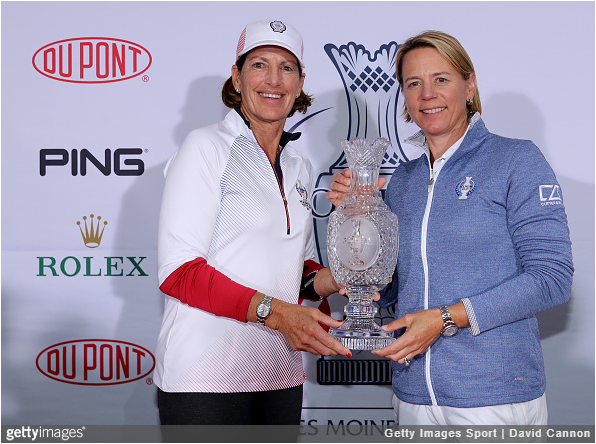 Sorenstam’s squad features just one player in the top 20 of the world rankings – fellow Swede Anna Nordqvist, who’s recovering from mononucleosis. Spain’s Carlota Ciganda and Denmark’s Suzann Pettersen are the only others in the top 25.

As mentioned above, her top qualifier from the LET points list is a 21-year-old rookie. Three of her players stand outside the top 75 in the world rankings. Former stalwarts Azahara Munoz, Sandra Gal and Catriona Mathew didn’t qualify.

Paula Creamer hasn’t missed a Solheim Cup since her 2005 debut, though she came awful close to doing so this summer.

The Pink Panther was left off the original U.S. roster, then added as an injury replacement for Jessica Korda. Now the question is how Inkster will utilize a veteran who has just one top-10 finish this season and is down to 122nd in the world rankings. 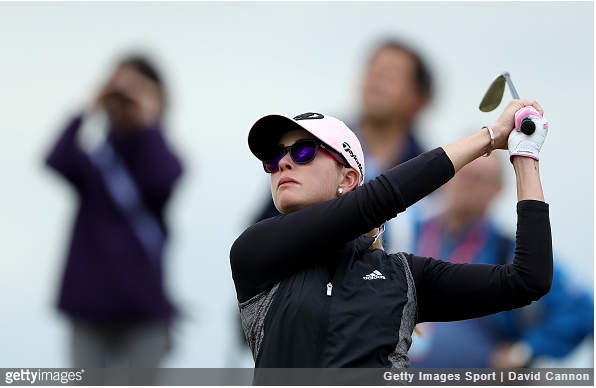 The good news is that Creamer’s game has been on an uptick, with top-16 finishes at both the Ladies’ Scottish Open and Women’s British Open. But her real value might be as a team-builder in the backroom, perhaps only playing one session before Sunday singles.

With former Open Championship winner Paul Lawrie’s name on this week’s European Tour match-play event, it’s only natural to take it to … Germany?

That’s the backdrop for the Saltire Energy Paul Lawrie Match Play, which settles in at Bad Griesbach Resort not far from Munich. The previous two editions had been conducted in Lawrie’s Scottish homeland. 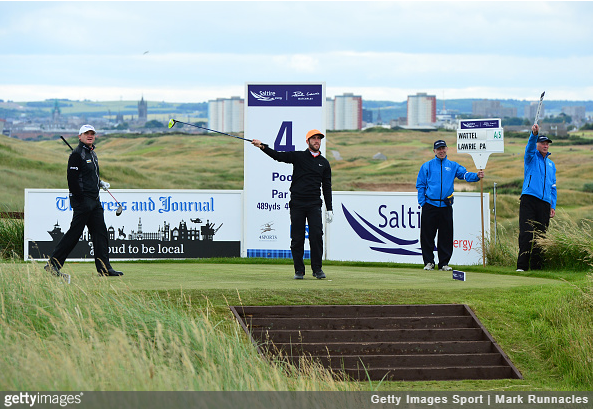 Bad Griesbach has six courses, with this week’s event being played on the Beckenbauer course – named for that distinguished golf icon Franz Beckenbauer.

Of course, Beckenbauer’s true sporting claim to fame is as the only man to win soccer’s World Cup as both a player and coach. For what it’s worth, he reportedly carries a 9 handicap.