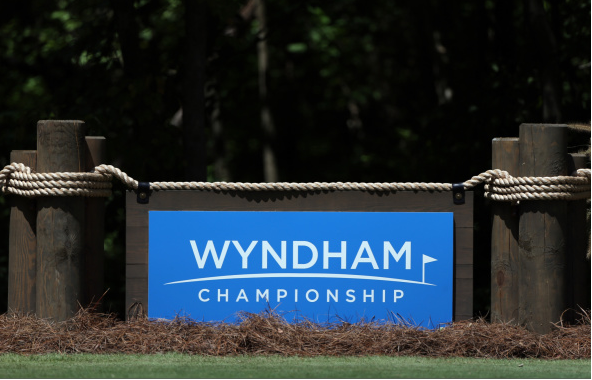 The 2017 major championship season may have just ended fewer than 24 hours ago, but for a significant percentage of the PGA Tour, Monday means back to business. 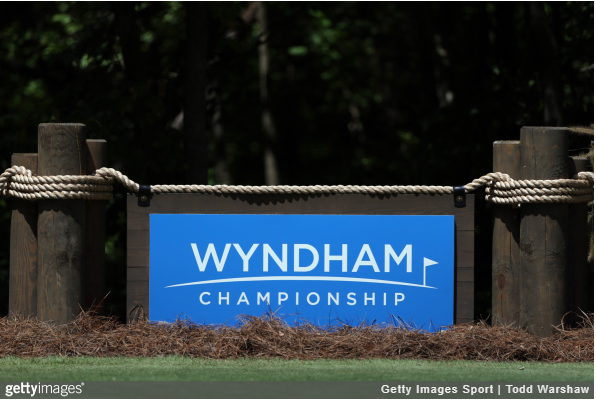 A field of 156 players is set to take on Sedgefield Country Club in Greensboro this week for the Wyndham Championship, the last Tour event before the ultra-lucrative FedExCup playoffs. That means a final chance to get into that top 125 in the standings and secure a highly-coveted position in the playoff field.

Those on the bubble will have to scratch and claw their way in, while those who are already in are anxious to improve their standing as much as possible. It is a high-pressure environment that should separate the contenders and the pretenders, as it does every year. For many, careers are made at Sedgefield.

For a second consecutive non-major, the PGA Tour is playing an event where the all-time victory holder has the record in a runaway. It was Tiger Woods at the WGC-Bridgestone Invitational, an event he has won eight times. At the Wyndham Championship, that man is also the man with the most victories in PGA Tour history, Sam Snead. 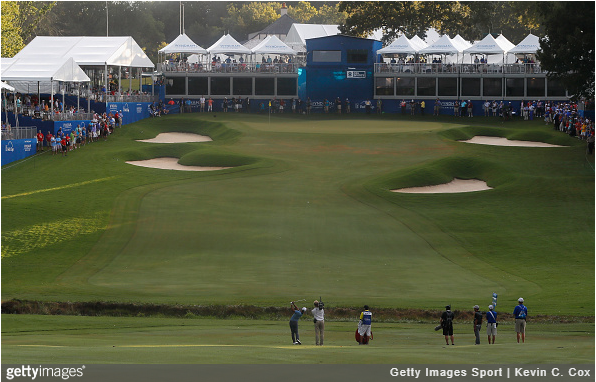 Snead first won the tournament in 1938, which was the inaugural event, and went on to win eight times total, five more victories than second-place Davis Love III. Snead’s last Wyndham triumph, in 1965, was notable as the then 52-year-old became the oldest player to win a PGA event, a record that still stands today.

The beginnings of the Wyndham Championship can be traced all the way back to 1938, when it was known as the Greater Greensboro Open. The tournament has been played at three different courses, all in the Greensboro, North Carolina area.

The current host venue, Sedfield Country Club, was the home course off and on in the early years before moving there permanently from 1961-1976 and then again from 2008-present. 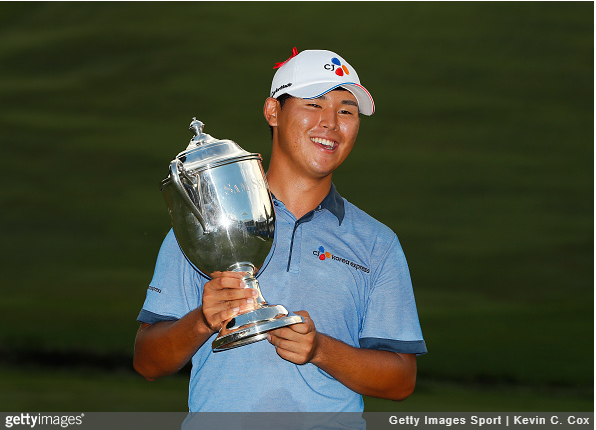 The 21-year-old held a four-stroke lead after 54 holes, and kept his foot on the gas with a front-nine 31 on Sunday to increase that lead to six strokes. Nobody was able to get close as Kim reached -21 for the week and captured his first career PGA Tour title in a five-stroke romp over Luke Donald.

The most notable thing about the Wyndham Championship’s place on the PGA Tour schedule is that it is the last event before the FedExCup Playoffs. 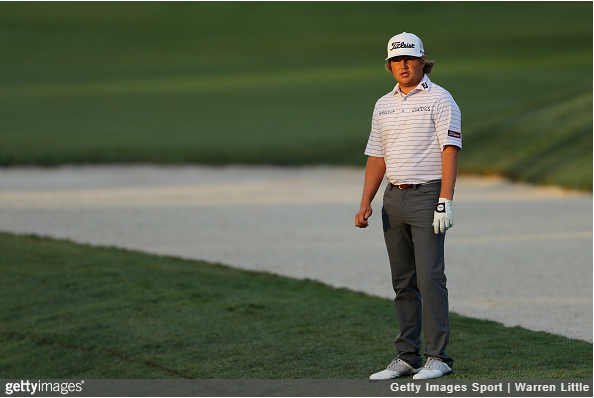 Every golfer inside the top 125 of the FedExCup standings at the conclusion of the Wyndham will move on to play the following week’s The Northern Trust, the first event of the playoffs. As a result, the field is typically replete with players on the playoff bubble, and this year is no exception.

In an average year, 2-3 golfers at the Wyndham Championship jump from outside the top 125 to inside at the and move on to the playoffs.

In recent years, the number has been as few as zero and as many as five. In 2016, that number was two, with Shawn Stefani (133rd to 123rd) and Kyle Stanley (127th to 116th) moving into the top 125, knocking out Matt Jones and Whee Kim, who both missed the Wyndham cut. Every stroke could be critical this week.

Here are some of the bubble players who will be at Sedgefield this week, with current ranking.

Having a secured position in the playoffs is important, but the bubble guys are not the only ones concerned about where they stand. Players go into the playoffs with the points they have and with each playoff event eliminating a portion of the remaining golfers, the higher a player is in the standings now, the better their chances are of making a deep playoff run.

Coming into last year’s tournament, Si Woo Kim had already posted some good results in Tour events, so he was not a complete unknown, but his Wyndham performance, his first career victory, was the one that put him on the map. 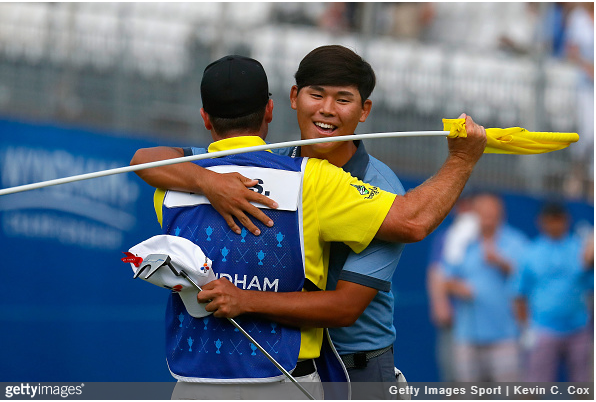 While Kim missed the cut at The Barclays, the first event of last season’s playoffs, he rebounded with several strong performances: a T15 and a T20, before an impressive T10 at the Tour Championship. With such an impressive stretch at such a young age (21 years old) and as a PGA Tour rookie, fans had much reason to be excited for the South Korean’s second season. His 2017 season, however, has been puzzling.

For most of the 2017 season, Kim has not just been bad, he has been absolutely abysmal.

Early in the year, he had a terrible stretch where he made the weekend in just one of eight events. His most recent eight starts include four missed cuts, two withdraws, and a T50. He also ranks embarrassingly poor in a number of critical statistics, including 194th (among 202 players) in scoring average, 187th in birdie average, 196th in greens in regulation, 197th in strokes gained: putting, and 199th in strokes gained: total.

As dreadful as all that is, Kim’s best weeks have been incredible. He was in contention through three rounds of the U.S. Open, eventually finishing T13, and somehow won THE PLAYERS Championship, which has golf’s strongest field outside the majors.

Despite just four top 25s in 27 events this season, Kim ranks 38th in the current FedExCup standings, which all but guarantees a spot in the first three rounds of the playoffs. It is arguably the strangest season for anyone on Tour.

STORYLINE 3: Kisner Tries to Move On

Kevin Kisner could very well be the most physically and mentally exhausted player in the Wyndham Championship field. The 33-year-old from nearby South Carolina is coming off a taxing week at the PGA Championship, where he was either the leader or co-leader after each of the first three rounds. 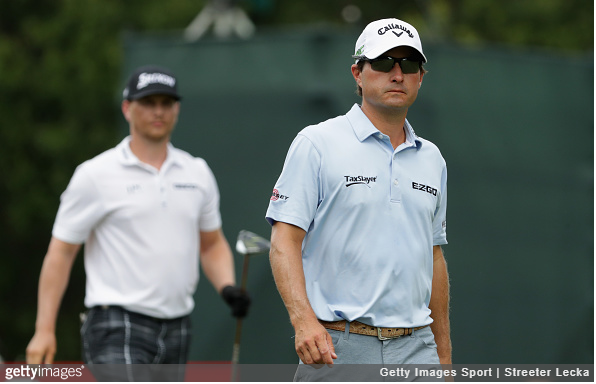 Kisner entered the final round of the year’s final major as the solo leader and as such, played in the final Sunday pairing. Considering he had never contended at a major before, Kisner held in well in round 4 staying in the mix until near the end, but a +3 performance over the final three holes, the notorious “Green Mile”, meant a final round three-over 74 and a T7 finish.

While the experience as a whole is something encouraging to build on for the future, it could have a less positive effect at Sedgefield. Going through the intense grind of a first time in major contention is undoubtedly draining, and as a result, Kisner might find it difficult to keep him mind 100% in the Wyndham action.

If he is able to move on quickly from his Quail Hollow final round disappointment, Kisner should stand a great chance to win. He is in the midst of a tremendous season where he has a win and two runner-ups, and he has played well at this event before, posting a T10 last year with a final round 63, and a T8 in 2014.

OTHER NOTABLES IN GREENSBORO 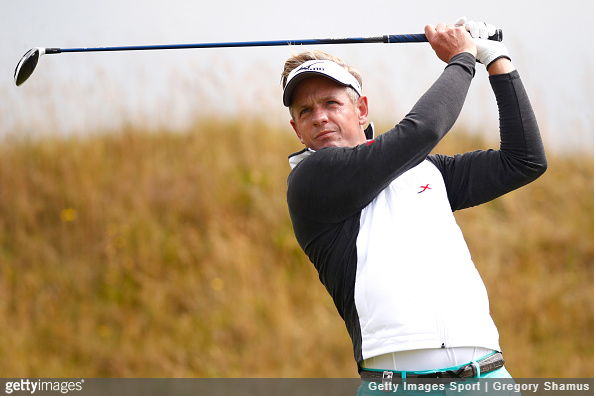 The world’s 100th ranked golfer was last season’s Wyndham Championship runner-up in his first attempt at Sedgefield, but he is coming into this year’s edition in awful form, missing his past seven cuts, including at last week’s PGA Championship. The 39-year-old Englishman still has an elite short game, ranking 2nd on Tour in sand saves, 3rd in strokes gained: around-the-green, and 4th in strokes gained: putting, but his tee to green game has been a complete disaster in 2017. 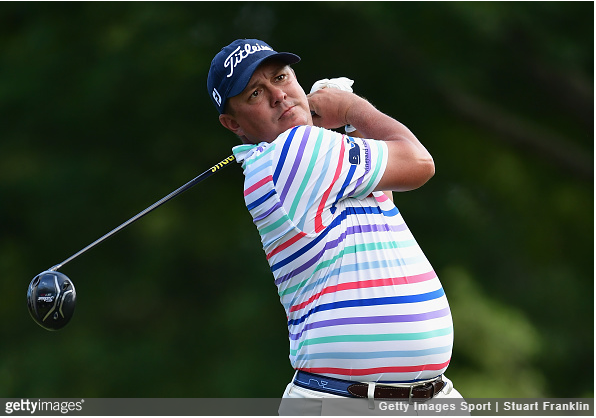 Despite just two top 10s, Dufner has earned $2.9 million this season, the most he has earned in a season since 2013. Dufner has been very up and down over the past three months, winning The Memorial Tournament and finishing T14 at The Open Championship, but missed the cut at the U.S. Open and posting poor results at the WGC-Bridgestone Invitational (T50) and last week’s PGA Championship (T58). 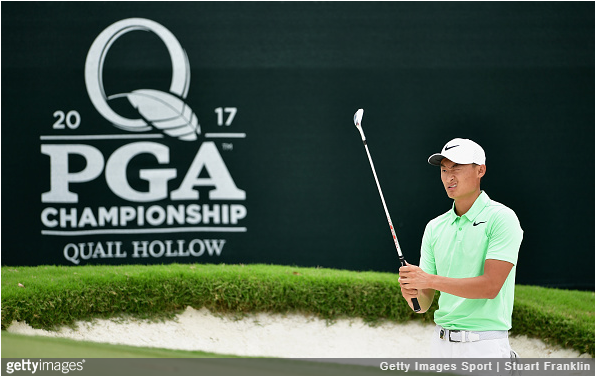 One of the most exciting additions to this year’s Wyndham field, the 21-year-old from China is in the field on a sponsor’s exemption. He has played very little in the U.S., spending most of his season in Europe, and made headlines when a final-round 63 at The Open Championship led to a third place finish. 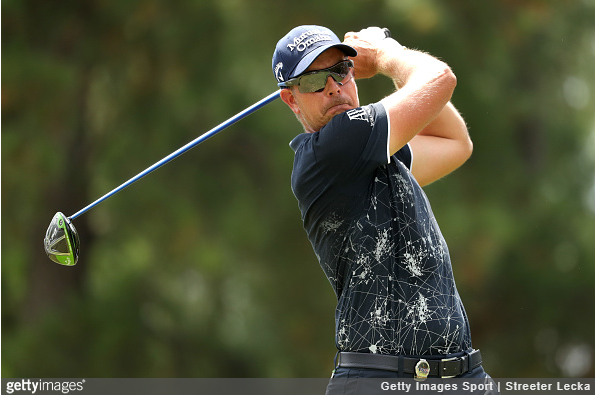 At #9 in the world, Stenson is the highest ranked player in the Wyndham Championship field. The Olympic silver medalist has not been in his best form in 2017, but is trending positively as of late with four finishes of T17 or better in his last five events, including a T13 at last week’s PGA Championship. This will be the Wyndham debut for the 2013 FedExCup champion, as Stenson is looking to improve on his 75th place FedExCup position. 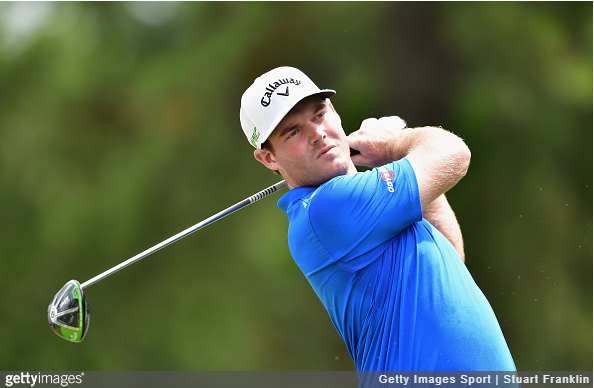 The PGA Tour rookie is one of just three players in the field (Kevin Kisner, Chris Stroud) who were in Sunday contention at the PGA Championship. In just his second career major start, Murray was in 6th place going into the final round, but struggled badly on the back nine, as a four-over 75 dropped him into a share of 22nd place. Murray’s mental game has been a question at times this year, and it will be interesting to see what the North Carolina native does coming off his up-and-down major performance.