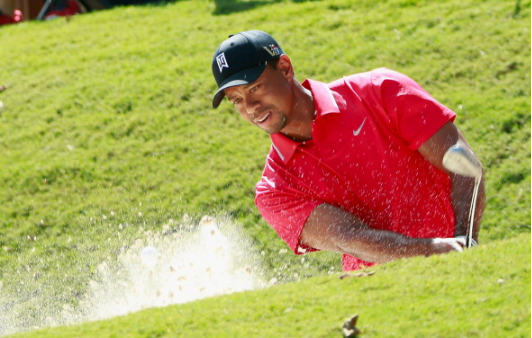 After a much needed break for the Top-30, the final event of the PGA Tour’s FedEx Cup Playoffs gets underway this Thursday. The East Lake Golf Club in Atlanta has been the home for the season ending tournament since 2004.

Before we begin our coverage for the week, here are 10 Tour Championship records to know.

Zach Johnson owns the course record at the East Lake Golf Club. Johnson shot a 60 (-10) in the third round in 2007. That week, Johnson along with Mark Calcavecchia, finished runner-up to Tiger Woods.

That same year, in 2007, Tiger Woods won with a margin of eight strokes to set the largest margin of victory at the Tour Championship.

Best Come from Behind

In 2008, Colombian Camillo Villegas started the final round five strokes behind leader Sergio Garcia. Villegas made up the gap in regulation play and then beat Garcia on the first Playoff Hole to set the best come from behind victory at the Tour Championship.

Tiger Woods and Phil Mickelson are the only multiple time winners at the season ending event. Both have won twice here.

Most Starts at the Tour Championship

Phil Mickelson is making his 17th start the Tour Championship this week. This will be one more than veteran Jim Furyk, who didn’t make it this far into the Playoffs this season. Mickelson has five Top-10’s at this event.

There have been 7 wire-to-wire winners at the Tour Championship, most recently Billy Horschel in 2014.

6 Storylines Ahead of The 149th Open Championship

Sepp Straka Shoots 63, Leads Tokyo Olympics After Round One