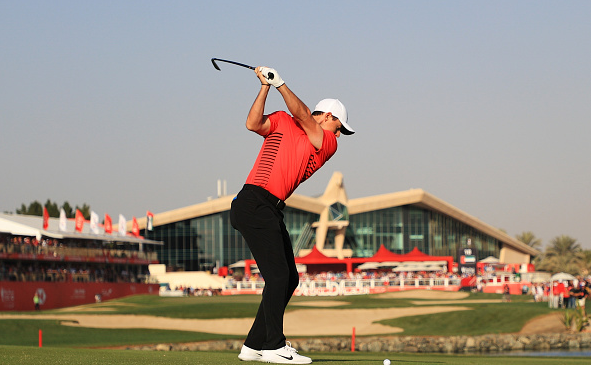 Rory McIlroy shot a third-round 7-under 65, and is just one off the lead after 54 holes of the Abu Dhabi HSBC Championship. These three shots, via videos from the European Tour, pretty much sum up Rory’s round (and game) in a nutshell.

On the par-4 11th hole Rory smokes a tee shot that is described as “an absolute monster.” We agree!

Still bogey-free, McIlroy moves within one of the lead. pic.twitter.com/5JFolnGVUz