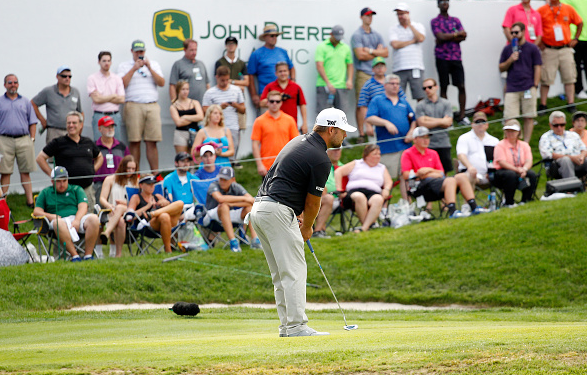 The John Deere Classic is the lead-in to The Open Championship, perhaps the most anticipated event of the PGA Tour season, so it’s no surprise that it’s been difficult for the JDC to attract a quality PGA Tour field.

And this year is no different. In fact, it may be its weakest field ever. How weak? The Quad Cities tournament has just one player ranked in the top-20 of the most-recent Official World Rankings (Daniel Berger, No. 20).

But as the saying goes: The field is the field, and as we do each week, here are 5 Power Picks for the 2017 John Deere Classic at TPC Deere Run.

Berger is a two-time Tour winner, with both wins coming at the FedEx St. Jude Classic (2016, 2017). The 24-year-old will be making his first start at TPC Deere Run.

In addition to his second career victory at TPC Southwind last month, Berger has four additional top-10 finishes this season, highlighted by a runner-up to Jordan Spieth in a playoff at the Travelers Championship.

Stricker, a three-time winner at the Deere (2009-11), will be making his 16th start at what is his hometown tournament. In addition to his three Deere titles, Stricker has three additional top-10s in Quad Cities.

Stricker, now 50, has made five starts on the senior circuit, and has four top 10s.

Kisner, who picked up his second career PGA Tour title in May at the DEAN & DELUCA Invitational, will make his fifth appearance at the John Deere Classic. His best finish at TPC Deere Run was a T20 in 2014.

In addition to his recent win, Kisner has six other top-10s, including a playoff loss at the Zurich Classic of New Orleans.

The defending champion Moore will be making his ninth start at TPC Deere Run. In addition to last season’s victory, the 34-year-old Moore has two other top-10s: T8 in 2012 and T7 in 2014.

Sidelined with an injury following the Masters, Moore has made just 16 starts this season and has just two top-10s, to go along with three missed-cuts.

Watson has struggled mightily this season, with just three top-10s.