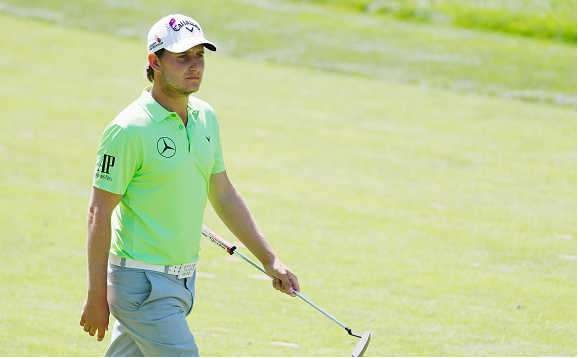 To go along with our Power Picks for the Deutsche Bank Championship, here are our 5 Sleeper Picks for this week’s TPC Boston playoff event.

The way the young Argentinian, Emiliano Grillo, has been playing this summer, it’s getting impossible for us to classify him as a ‘sleeper’ any more. Yes, he only got his second Top-10 of the season at The Barclays last week, but he does have six worldwide Top-15 finishes since June, including a T-8 in Rio at the Olympics.
FedEx Cup: 6
OWGR: 25

Winner of the John Deere Classic two weeks ago, Ryan Moore had a good week at Bethpage. Moore tied for 7th at The Barclays. Although he missed the cut at TPC Boston last year, he does have two Top-10 finishes here.
FedEx Cup: 11
OWGR: 43

If there’s one player who’s turned around his fortunes over the last three weeks, it’s Johnson Wagner. Wagner was lying 125th at the FedEx Cup standings three weeks ago. He finished T-5 at both the John Deere Classic and the Wyndham Championship, and finished T-22 last week at The Barclays.
FedEx Cup: 69
OWGR: 155

Another plays who loves TPC Boston is John Senden. In his 12 appearances at the Deutsche Bank Championship, he’s made the cut every single time, has two Top-5 finishes and five other Top-25s. Coming in this week, Senden will surely be informed of this statistic which should give him the needed confidence.
FedEx Cup: 80
OWGR: 110