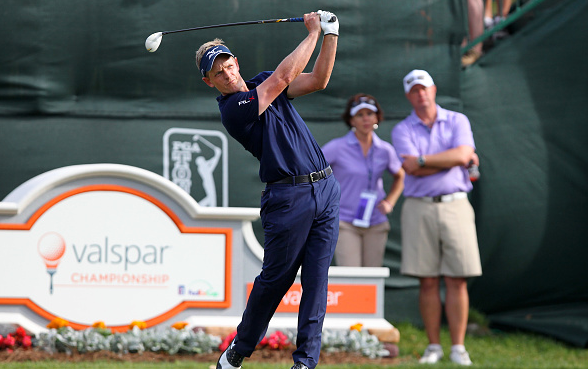 The PGA Tour will be heading to Palm Harbor, Florida to play at Innisbrook Resort. Luckily for the field, Dustin Johnson – the world number 1, is taking an off week after winning in his last two events played.

The Valsper Championship field will be competing on the Copperhead course which features a 7,209 yard layout that plays as a par-71. Charl Schwartzel, who won in a playoff over Bill Haas last year, will be back to defend his title.

To go alongside our 5 power picks, here are the 5 sleeper picks for the Valspar Championship.

The 2011 FedEx Cup Champion, Bill Haas is off to another consistent year on the PGA Tour. Haas has racked up six Top-25 finishes in his first 7 events this season. Haas has finished in the Top-50 of the FedEx Cup race in each of the last 8 years, and is well on pace to do so this year.

Haas has also had some success at the Valspar Championship, losing in a playoff last year to Charl Schwartzel.

Despite missing two cuts early in the year, Luke Donald has placed inside the Top-30 in his last 3 events. Donald has also played very well at Innisbrook and has recorded 3 Top-10 finishes, including a win in 2012 when the event was called the Transitions Championship.

Donald has not won on the PGA Tour since 2012 but without many of the big names playing this week, he has a very solid chance to end that streak.

Steve Stricker, who is now eligible to play on the Champions Tour, has a very solid chance to be in contention this week. Stricker has played the Valspar Championship one time and finished in 7th.

Stricker has only played in two events this year, but both tournaments resulted in made cuts – T43 at the Phoenix Open and T23 at Pebble Beach.

Martin Laird has played very well so far this season, racking up 4 Top-10’s in his first 8 events, including a T8 in his most recent tournament. However, Laird has not played well in the past at the Valspar Championship, missing the cut 2 out of the 4 times he played.

Look for Laird to be in contention come Sunday and continue his excellent start to the 2016-17 season.

Graham DeLaet is another player who has had previous success in this tournament, placing inside the Top-10 2 out of 4 times. DeLeat is also having a solid year that has included 3 Top-10’s in 8 events.

DeLeat has been on a roll his last three events – T9 Phoenix, T17 Genesis, 10 Honda – and I look for him to continue this impressive run into this weekend.