A look at five takeaways following Sunday’s final round of the CareerBuilder Challenge at the Stadium Course, where then World No. 3 Jon Rahm defeated Andrew Landry on the fourth hole of a sudden-death playoff to capture his second PGA Tour title.

Rahm, easily the tournament favorite going into the week, got off to an impressive start, shooting a first round 10-under at La Quinta Country Club, and a second-round 5-under at PGA West’s Nicklaus Course. 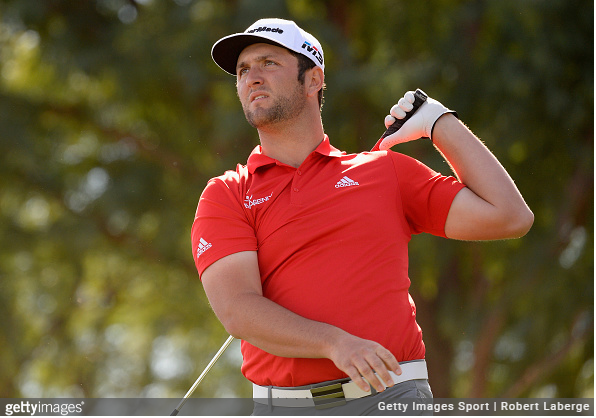 Rahm drew the more difficult Stadium Course on Saturday, and while he did card an impressive six birdies, he also had four bogeys, and hit just five of 14 fairways in a 2-under 70 that he expressed disappointment with.

He got his second crack the Pete Dye-designed track on Sunday, and made the most of it.

After starting the day in fourth place, two strokes off the lead, Rahm went bogey-free in the final round, helping him emerge from a crowded leaderboard to take a late one-stroke lead.

After Rahm missed a putt on 18 that would have clinched the victory, Landry hit a clutch birdie putt on the same hole to force the playoff.

One week after the Tour saw a six-hole playoff, the extra drama almost reached that level again, but on the fourth playoff hole, which was the 18th hole for a fourth time (once in regulation, three times in the playoff), Rahm saw his birdie putt hit the bottom of the cup, while Landry could not quite convert.

2. WHAT IT MEANS FOR RAHM

With this CareerBuilder triumph, only Dustin Johnson stands in the way of Rahm holding the much-coveted position of No. 1 ranked golfer in the world, as he jumped three-time major winner Jordan Spieth for the No. 2 ranking. 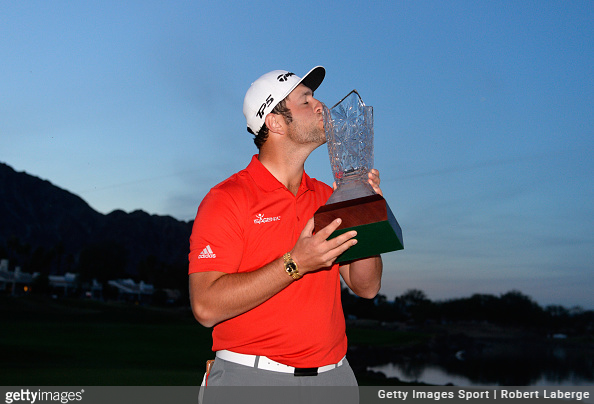 Rahm had a tremendous 2017 season, but has been especially spectacular as of late, winning the European Tour’s DP World Championship and finishing runner-up at the Sentry Tournament of Champions in his last two starts.

The 23-year old Spaniard has yet to be a serious contender in a major championship, but at his current pace and form, he will be a favorite in every tournament he enters.

Rahm was nearly impeccable on Sunday at the Stadium Course, but he and Landry, who shot a 4-under 68, were not the only players in the field to venture well into red numbers. 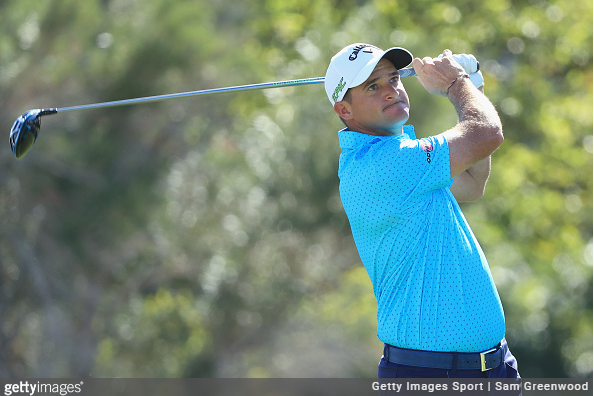 The lowest round of the day came from Sam Saunders, who rode a back nine tear to an 8-under 64 that propelled him 34 spots up the final leaderboard, into a tie for 8th place. With six birdies over his final eight holes, Saunders posted easily his best finish of the 2018 season.

A 66 was also posted by Bud Cauley, who jumped up 14 spots on the leaderboard to post a T14 one year after finishing third in this same tournament.

Austin Cook, the 54-hole leader, who won the RSM Classic in November, appeared to be in great position to pick up career victory No. 2, but the Arkansas native found Sunday to be much more difficult than his first three rounds, in which he posted 63-70-64. 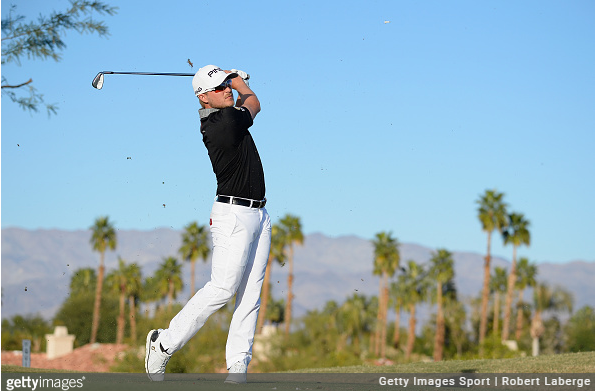 Cook tumbled from his perch atop the leaderboard after a double bogey-7 on the 5th hole, and was effectively done after a second double, this one on the par-4 10th.

Cook shot a 3-over 75 and dropped to a final standing of T14. His three holes of bogey or worse were one more than he had over the first three rounds combined.

Nick Watney, who has become a shell of his former self over the past few years, largely due to injury, surprised over the first two days by shooting 65-67, but a third-round 72 severely hurt his championship hopes. And he was even worse on Sunday as double bogeys on the two back-nine par 3s were the biggest blemishes in a final-round 2-over 74 that dropped him to T50.

Ricky Barnes surged into contention on Sunday when he birdied five consecutive holes in the middle of his round, but succumbed quickly to the pressure. With bogeys on 12, 13, and 15, Barnes finished with a 2-under 70 and dropped into a tie for 20th.

Adam Hadwin made headlines in the CareerBuilder last year when he exploded into contention with 13 birdies in a round-three 59, the catalyst for a runner-up finish. 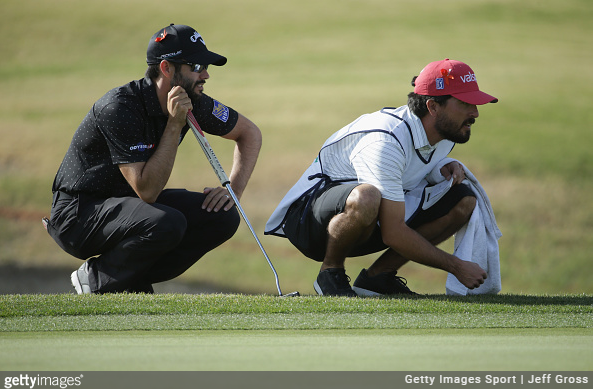 It was one of several tremendous showing for Hadwin early in 2017, but he lost his form quickly as the year progressed, and in 2018 had been flat-out abysmal.

Finishing near the bottom of the leaderboard in all four 2018 events he’d played (all four were no-cut events), Hadwin came into the week ranked 243rd on Tour in scoring average, 218th in scoring average, 225th in strokes gained: around the green, and a dismal 278th in sand saves.

However, Hadwin looked reinvigorated at the tournament he had such more success at one year ago, and rounds of 68-67-67-66 meant a T3 finish.