David can’t always beat Goliath. It didn’t happen this afternoon in Foxborough, MA, where the Jacksonville Jaguars were unable to keep the New England Patriots from their unfathomable eighth Super Bowl appearance since 2001. 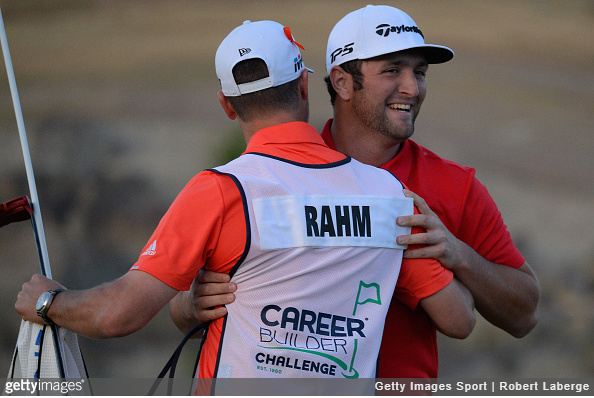 It did not happen in La Quinta either, where the comparatively diminutive Andrew Landry was unable to slay the towering, now No. 2 golfer in the world Jon Rahm, after heroically taking the heavily-favored Spaniard to a fourth playoff hole at the CareerBuilder Challenge.

With a final round 5-under 67 at PGA West’s Stadium Course, the 23-year-old wunderkind Rahm bounced back from a difficult third round to finish in front of a talented field after a playoff in the PGA Tour’s first 2018 event on the U.S. mainland.

Rahm and Landry finished at 22-under-par, two strokes ahead of John Huh, Adam Hadwin, and Martin Piller. It was Rahm’s second PGA Tour victory of his young, budding career.

Leaving aside the newly-minted World No.2, let’s take a look at three players on the rise and three who disappointed.

Andrew Landry was a complete unknown when he became a shocking contender at the 2016 U.S. Open at brutally difficult Oakmont, playing well enough to make it into the final Sunday pairing. 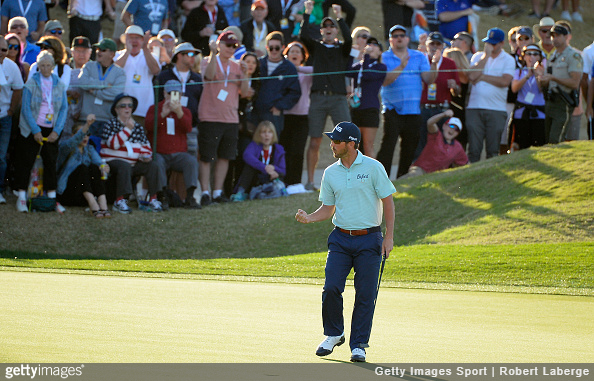 His Sunday did not go as well as his first three days; in just five holes, he went from 2-under for the week to 2-over, but he was remarkably composed for the week, and certainly looked like someone with the potential be a week-in week-out threat on the PGA Tour.

Landry had limited success in his six 2016 Tour starts after the U.S. Open, mixing in a T8 at the John Deere Classic with three missed cuts, a T35, and a T57, and not earning a 2017 Tour card. While he did not play a 2017 Tour event, he was phenomenal on the Web.com Tour, finishing 4th on their season money list off the strength of a victory and seven other top 10s in 22 events.

Now, as a regular on the PGA Tour, Landry is showing he belongs. In the young season, the 30-year-old University of Arkansas product is making good on the promise he showed at Oakmont.

In just seven events, he has three top 10s, with his finest performance coming this past weekend in La Quinta, as he opened 63-65 and stayed in the mix until the end. His final round 68 was highlighted by a clutch birdie on the 72nd hole to force a playoff with now-world No 2 Jon Rahm.

He then went toe-to-toe for four playoff holes with Rahm, not letting himself get intimidated by a man who towered over him almost comically. Landry’s last birdie attempt to force a fifth extra hole narrowly skidded by the hole, but a runner-up finish is his best Tour result, and he already looks like a lock to keep his card after the season. Landry certainly belongs.

There is just something about the CareerBuilder Challenge that suits Adam Hadwin’s eye. A year ago, Hadwin used one of the best rounds in recent memory, a third round 59 that included an unbelievable 13 birdies, to catalyze a runner-up performance in La Quinta. 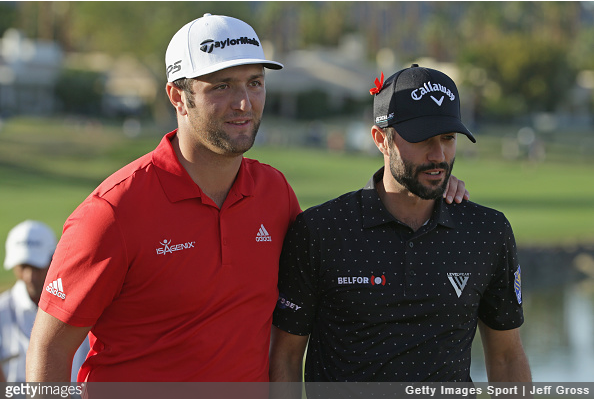 Hadwin kept that stellar form for a few more tournaments, even winning the Valspar Championship two months later, but his game collapsed as 2017 reached the mid to later stages, and by the time the FedExCup Playoffs came around, Hadwin was running on fumes and barely making a dent on tournament leaderboards.

The 2018 season had been a categorical disaster for the 30-year-old Canadian. In four starts, all in no-cut events, Hadwin posted four duds:

However, somehow, someway, Hadwin was able to subjugate those short game yips, and looked completely reborn in La Quinta, as he posted rounds of 68-67-67-66 to reach -20 for the week, good for a third place finish. It was a stunning development for a player who looked broken.

Coming into the week, Martin Piller was known more for his wife’s game than his own. His wife, Gerina, has been consistently among the better players on the LPGA Tour, playing well enough to qualify for The Olympic Games in 2016. 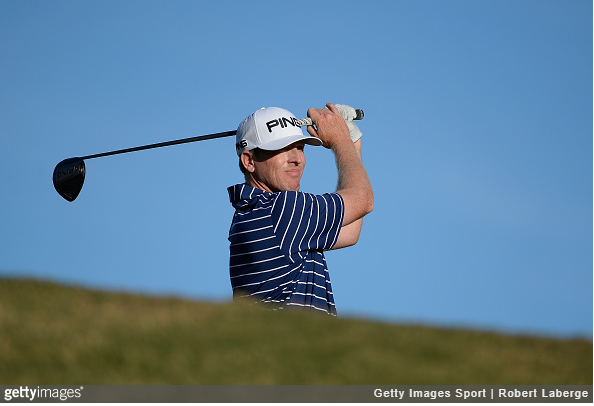 Life, however, has sidelined the LPGA standout, as a pregnancy will keep her sidelined for the entirety of the 2018 season.

That leaves Martin as 100% of the Piller pro golf exposure for the year. The 32-year-old’s career has been largely defined by his troubles to keep his card. He played very poorly in his two seasons where he had status, missing 16 of 23 cuts in 2011 and 14 of 22 in 2016.

He even struggled to play weekends on the Web.com Tour last year, missing 12 cuts in 23 events and finishing 28th on the Tour’s money list, with the top 25 being awarded their PGA Tour cards.

Piller made the most of his opportunity at the CareerBuilder Challenge though. An opening round 64 at the Nicklaus Tournament Course put him in his best position in years, and from there he shot 67-67-70 to finish an impressive T3.

This result, combined with the T4 he posted at the OHL Classic last October, gives him an excellent chance to land a Tour card next season.

The most popular player in the field, and by a substantial amount was Phil Mickelson, who made the CareerBuilder his much anticipated debut of 2018. It was not his first event of the new season, but the 47-year-old Hall of Famer looked like his 20s self in those first two, posting a T3 and a T15 in his two October starts. 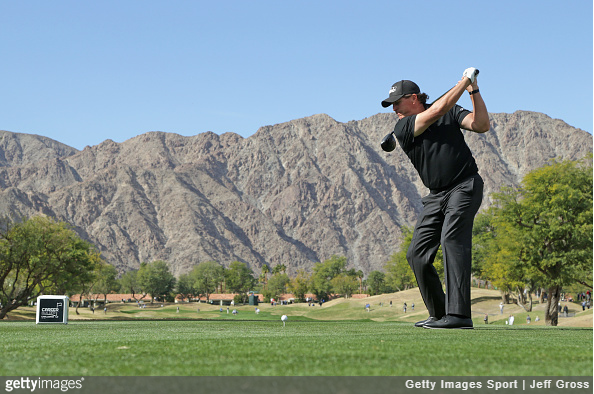 Mickelson had won this event twice, although the tournament is so much different than it was in those two years, 2002 and 2004, and was expected to be competitive in this year’s edition.

That did not happen. He had modest success in the first two rounds, shooting a 70 at La Quinta in round 1 and a 68 at the Nicklaus Tournament Course in round 2, but the Stadium Course defeated him in round 3 as a 2-over 74 left him well below the cut line.

He still appears to have the game to compete, especially close to and on the greens, but if he is going to put an emphatic end to a his five-year winless streak, he will need to play much better than he did this week. His next chance will be this week, when he tees it up at Torrey Pines for the Farmers Insurance Open.

In a field with a paucity of “big” names, Patrick Reed stood out on the field list for the CareerBuilder Challenge. The 2014 event champion and team-play superstar had been trending positively coming into the week after finishing 2017 strong, most notably finishing T2 at the PGA Championship. 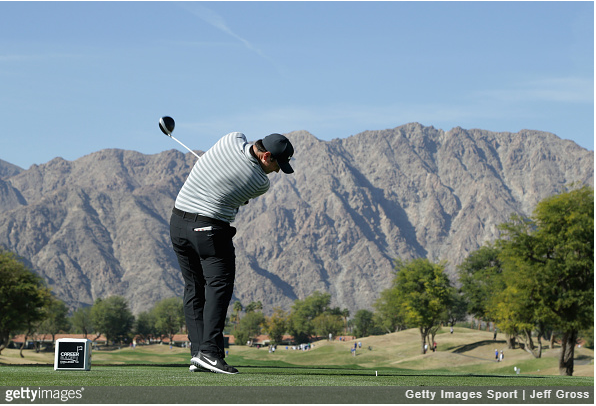 Unfortunately for the former top-10 machine, Reed was unable to get much of anything going at the CareerBuilder Challenge. He was stymied in round 1 by the Nicklaus Tournament Course, managing just one birdie to counter three bogeys, and being 2-over after one round proved too much to overcome in a tournament where the cut was 8-under.

His season is unlikely to be defined by this surprisingly poor outing, but this was a field where he really should have asserted himself as one of the best.

In what many players on Tour will be hoping is just a passing fad, all three 2018 calendar year tournament winners have been vertically gifted: 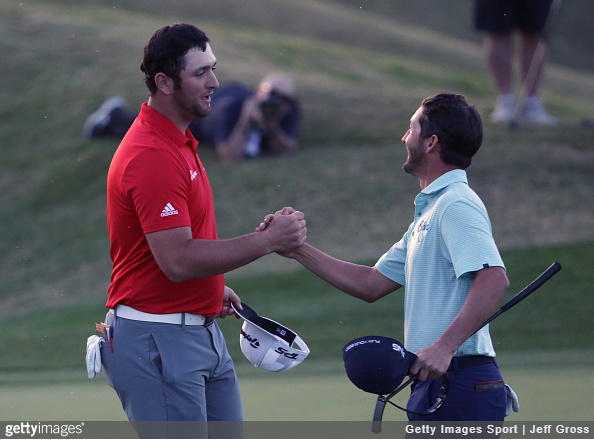 The 5’7” Andrew Landry (runner-up) and the 5’8” Adam Hadwin (T3) nearly came through for the short guys in La Quinta, but a very limited sample size is showing one thing: size matters in 2018.