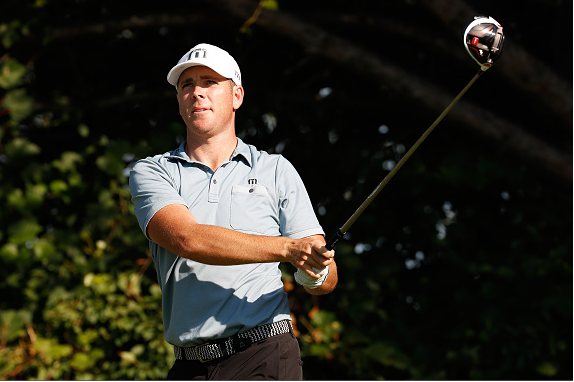 Luke List fired a 6-under par 66 at Glen Abbey and is the surprise first round co-leader of the Canadian Open, tied with world #2 Dustin Johnson.

Here are six things to know about the 31-year old Vanderbilt alum.

To say it’s a stunner to see List at the top of the leaderboard would be an understatement. List is currently ranked 309th in the World, a whopping 307 spots behind co-leader Johnson.

List has just one win since turning pro in 2007. This came four years ago, in 2012, at the South Georgia Classic on the Web.com Tour.

Prior to turning pro, List had a magnificent amateur career. He made his big splash with a runner-up finish to Ryan Moore at the 2004 U.S. Amateur at Winged Foot. The following year, as the runner up in the U.S. Am, he was invited to play in the Masters and made the cut, finishing T33. List went on to have a terrific career at Vanderbilt, earning All-American honors all four years.

List ranks Curb Your Enthusiasm as his favorite TV show, Larry David as favorite entertainer, Forrest Gump as top movie, Mexican for food, Kobe Bryant as athlete, and The Purpose Driven Life as his favorite book.

List, who graduated from Baylor High School in Chattanooga, is a big Tennessee sports fan, especially the Titans, and always marks his ball with some kind of Tennessee-themed quarter.

No matter his success, or lack thereof, List is considered one of the biggest hitters on tour, consistently ranking near the top of the longest average drive stats.

Here’s a quick interview with List following his round.