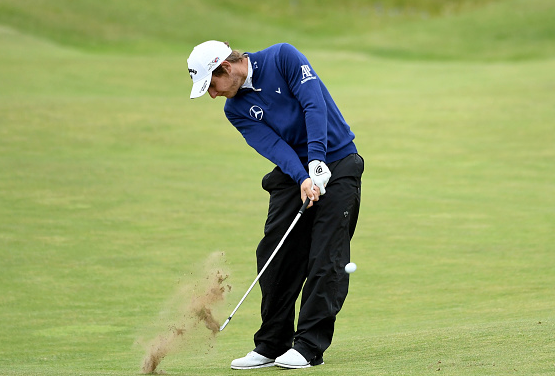 Pro Golf Weekly is starting a new feature where we shed some light on the the 2015 Web.com Tour Graduates as well as all the Rookies on tour. We begin with highlighting the best performance by a graduate or a rookie in the previous week’s event. We’ll also mention top finishes by such players.

With the FedEx Cup Playoffs around the corner, we’ll keep a close watch on their rankings. And we’ll finish it out with the top ranked players in a particular statistical category.

Of the 50 Web.com Tour Graduates, 15 are considered rookies. The Rookie of the Year race is led by Smylie Kaufman, who won the Shriners Hospital for Children Open. He ranks 19th in the FedEx Cup standings.

The list of these players can be found here.

At his Open Championship debut, Emiliano Grillo earned the low rookie honors last week. The 23-year old Argentinian finished a commendable 1-under-par over four days, finishing in a T-12, with rounds of 69, 72, 72 and 70. For the week, Grillo lead the field in Fairways Hit at 78.6%. He is no stranger to conditions across the pond as before becoming a member of the PGA Tour, he was a full time member of the European Tour for four years, in which he earned over €2,000,000.

Grillo won the season opener, the Frys.com Open, in a Playoff over Kevin Na last October. Two weeks prior to that, he won the Web.com Tour Championship to earn his playing rights for the 2016-16 season. Apart from his win, he’s yet to post a top-10 this season, but has missed just three cuts in 19 events. He ranks 30th in the FedEx Cup standings.

Top Finishes at The Open

21-year old South Korean, Si Woo Kim lost in the fourth playoff hole to Australian Aaron Baddeley. Kim had a slow start to the tournament, but shot 65-63 over the weekend to get into the playoff. He was 9-under par for the final round before he made a bogey on the 18th hole.

Perhaps his greatest achievement was when he earned his PGA Tour card through the Q School in 2012 at the age of 17. Since the PGA Tour does not allow players below 18 to take up membership, Kim has had to spend much of his time on the Web.com Tour. Last year, at the age of just 20, Kim won the Stonebrae Classic on the Web.com Tour, becoming the second youngest winner behind Jason Day. He also has two other top-10 finishes this season and ranks 45th in the FedEx Cup standings.

Top Finishes at the Barbasol

Up north this week, Grillo, Kim, and Roberto Castro are the top players in the class for the RBC Canadian Open. All three are in the FedEx Top 50, while players like Patton Kizzire and Harold Varner III are not far behind, and look to be locks for the FedEx Cup playoffs (Top 125). Varner III got more good news this week, as he was named the replacement for Tiger Woods at the PGA Championship next week at Balustrol.

Players In The Field at This Week’s RBC Canadian Open