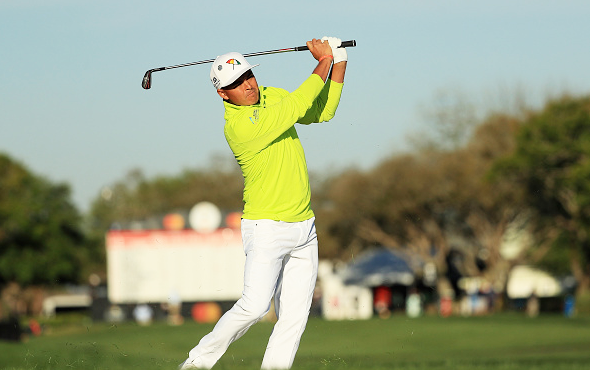 A look at some of the quotes from the top players after the second round of the Arnold Palmer Invitational at Bay Hill, where Henrik Stenson and Bryson DeChambeau share the lead at 11-under par. 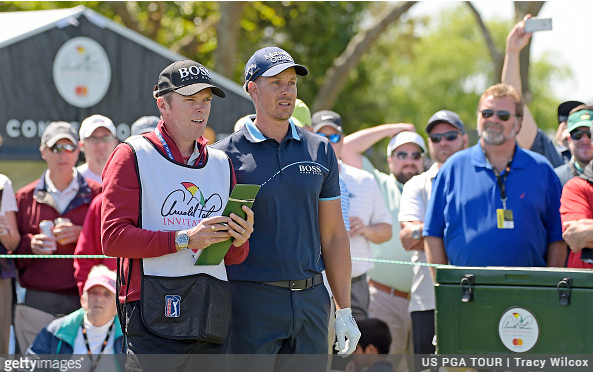 You played last week at Valspar, but how fresh mentally do you feel? We know you play a lot traveling around, how fresh are you here and relative to the run up to Augusta National looking forward to a bit of momentum?

STENSON: Yeah, that was always the plan, I planned a lot in terms of my playing schedule here and then this month too to get ready for Augusta.

I like to play the week before a Major, so I’m playing Houston, I’m passing on the Match Play next week to get a little bit of a breather and some more practice and so far so good. Just keeps on going, these seasons is one jumping into the next one, so for me I feel like it’s important to get these kind of longer breaks throughout the year and I got two or three of those where I have three, four weeks off and you can really get some rest and still have time to prepare and be ready when you’re heading out again.

So, yeah, I like the way my schedule looks this year. 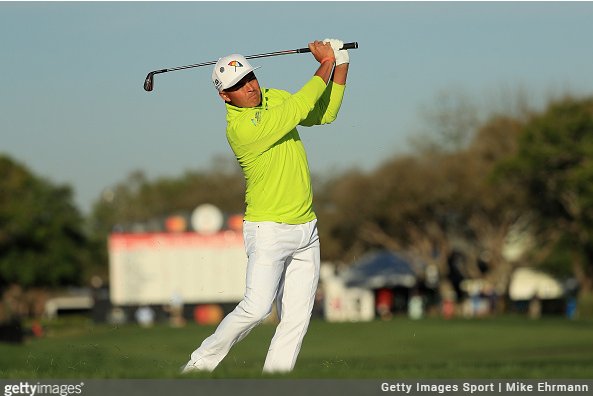 When you play with Tiger, the craziness around Tiger, when you’re with him, Rory was like, I need an Advil, I have a headache, and it cost him half a shot. Jason was like, no, actually it benefits him.

FOWLER: Well he’s used to it. He’s been around it. I mean it’s nothing new to him.

So the more and more you play in front of big crowds or loud crowds or cameras going off and whatnot, I mean to think how I feel say on 16 at Phoenix now versus the first year or two I played there, I used to have to play some the ball to go a little further, adrenaline’s going, your senses are kind of heightened, now it’s like a comfort zone in there because we have been there so much.

Yeah, I would agree. I mean I’m sure there’s times where it can work against Tiger, maybe earlier in the week, Thursday, Fridays, when the people are just there around him on the weekend it’s probably more beneficial where he can, like I said, he’s used to it. 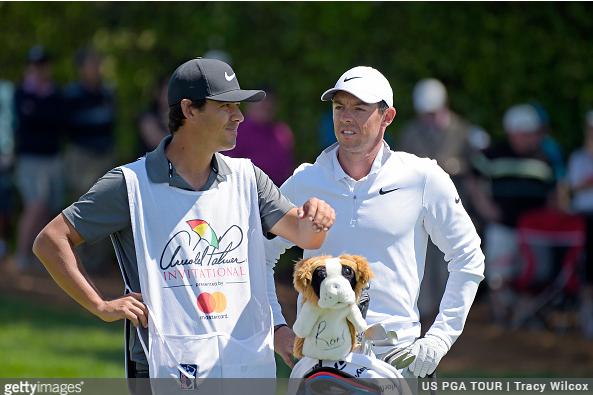 There are almost as many players over 40 who can, are capable of contending in the Masters this year as have won it at that age in the history of the event. Do you think we’re just in a weird place in time? Is this special or what does it say?

MCILROY: I think it’s going to be the norm. I think if guys don’t come out here too young you’re going to see people be on TOUR for a long time.

And like you said it wasn’t even a surprise.

I really think that — but everyone is trying to live healthier lifestyles and live longer and that might not have been the case 25, 30 years ago, because there’s just more knowledge out there now and people know what to do to preserve themselves. 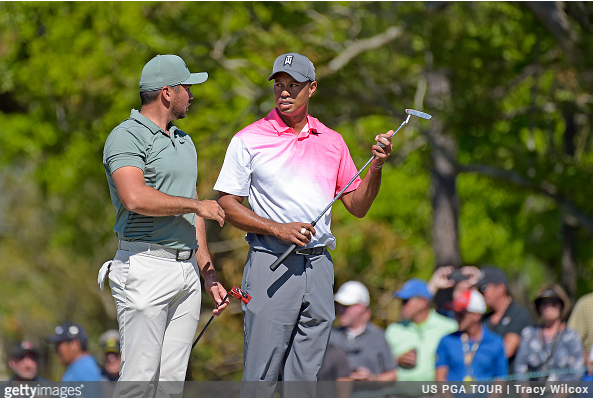 A personal question, with the two children now at an age where they probably appreciate what you’re doing, do they, do you get any encouragement from them?

WOODS: Yeah, they do, I was surprised on Monday after I picked them up from school how much they had watched on Sunday and how much they could, they recounted. It was pretty neat. Because I have been away from it for so long and they were so young when I was playing well they don’t remember any of it.

So this is pretty neat for me to be able to experience this with them. Dad’s got a chance to win on Sunday, he made a big putt on 17 and, you know, they went through all the different scenarios and the people who were there and what they hit, what shots, I mean, they were watching.

To me that’s really neat because the last time I was seriously in contention, was doing really well, was in 2013, that’s five years ago. Charlie doesn’t remember any of that he was so young, he was only like three or four.