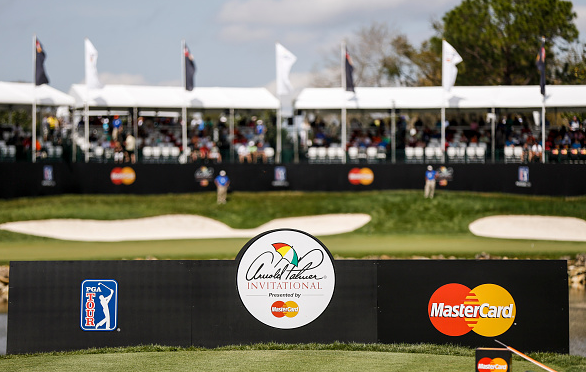 On September 25th of last year, golf lost one of its best.

Arnold Palmer, cherished ambassador of golf, and maybe its most popular player ever, passed away at the age of 87 in his home state of Pennsylvania while awaiting heart surgery.

It was a stinging and painful loss for a community that embraced him for decades, making him an all-time great sports celebrity. This week marks the annual “Arnold Palmer Invitational Presented by Mastercard” on the PGA Tour, and for the first time, it will be missing its departed namesake.

Needless to say, the Arnie-sized void will be over Bay Hill all week, but emotionally charged tributes will be ubiquitous and countless memories will be traded in an event that is sure to induce many tears. This week will not be an average year in Orlando; it will be a buoyant celebration of the life and legacy of a man the game will never forget.

Unfortunately, the big story in the lead-up to this year’s Arnold Palmer Invitational has been who else is not at Bay Hill. An event that typically draws a very strong field, that strength is being somewhat palliated by a scheduling conflict regarding next week’s WGC tournament that has lead to some of the best players sitting out.

While the field might not be quite what it usually is, the talent coming to Bay Hill is still immense, highlighted by titans such as Jason Day, Rory McIlroy, Hideki Matsuyama, and Henrik Stenson – all in the current top 5 of the Official World Golf Rankings (OWGR). You could say it’s a field fit for a King.

The 1966 inaugural event was won by Lionel Hebert, and the tournament has had such winners as Palmer himself (in 1971), in addition to Julius Boros, Lee Trevino, Hale Irwin, Payne Stewart, Ernie Els, Phil Mickelson, and on eight occasions, Tiger Woods.

As an “invitational,” the Arnold Palmer has a smaller, more exclusive field (120 players), and offers a better exemption to the winner than most events (3 years). It also awards one of the largest purses among the non-majors.

The defending champion of the Arnold Palmer Invitational Presented by Mastercard is Jason Day. The 29-year-old Day led the tournament after each of the first three rounds, getting a big jump on the field with his second round 65, but found himself a stroke behind Kevin Chappell late on Sunday.

A birdie by Day on 18, combined with a Chappell bogey on the same hole, caused a two-stroke swing and led to Day’s 8th career victory.

Jason Day has been varying degrees of “back” in the months since his offseason rehab of a back injury that forced him to withdraw from the second round of the season-ending Tour Championship.

On the plus side, he posted a final score of -13 at his first tournament of the year, the SBS Tournament of Champions. There was also the second-round 64 that rose him to the top of the 36-hole leaderboard at the AT&T Pebble Beach Pro-Am.

On the negatives, however, he missed the cut at the Farmer’s Insurance Open, failed to break 70 at the Genesis Open when his world #1 ranking was being threatened by current #1 Dustin Johnson. And as for that second-round 64 at Pebble Beach? He followed it up with a disappointing 75 in round 3.

While he continues to sound encouraged about the state of his game, nobody really knows what to expect from him right now.

Day’s 2016 victory was a high point in the absolute tear he went on late in 2015 and into the first half of 2016. In a 17 tournament stretch from July of 2015 to May of 2016, Day won seven times, including a PGA Championship, a Players Championship, a WGC title, and two FedEx Cup Playoff victories.

Since that Players Championship in May of last year, however, he has not quite been the same, with no victories, although he has continued to frequently be in contention. If he is going to get back on that world #1 track, ‘Arnie’s Place’ may be where it happens, given his recent success in the event.

2. The Precipitous Fall of a Recent Two-Time Arnold Palmer Champion

No, those aren’t the results of a 12-year-old who was given a special season Tour exemption, nor is it a senile former PGA great with lifetime status who can’t accept that his glory days are decades behind him. Golfer X is Matt Every, who not only has won the Arnold Palmer Invitational, he’s won it twice, and recently – taking back-to-back titles in 2014 and 2015.

There are slumps, and then there is what the 33-year-old has been doing the past two years. Every has imputed his prodigious struggles mostly to an impaired mental state that began when he reached the top of his game, similar to the downward career spiral David Duval famously went on after he won the 2001 Open Championship and reached world #1 status.

It is colloquially referred to as “the yips”, and Every’s case is one of the worst that professional golf has ever seen. He will have plenty of chances to get his game back; the 2015 Arnold Palmer victory gave him a three-year Tour exemption, but if he is going to get his confidence back any time soon, Bay Hill is his best chance, given his past success there.

Keeping the theme of players who are trying to get back to 100%, four-time major winner and world #3 Rory McIlroy recently made his return to the game, after an extended absence resulting from a rib injury.

McIlroy looked good in his first tournament back, the WGC-Mexico Championship two weeks ago, where he started hot (68-65) before fading somewhat on the weekend with rounds of 70 and 71. His performance at last year’s Arnold Palmer Invitational was as up-and-down as they come – posting a four day total of 75-67-75-65.

That puzzling inconsistency was something which plagued Rory all season, particularly in the bigger events. At The Masters, he paired three good rounds (70, 71, 71) with one awful round (a third round 77). At the U.S. Open his opening 77 was a stunner, and while he bounced back with a 71 at the extremely difficult Oakmont Golf Club the following day, it wasn’t enough to keep him above the cut line.

At The Players, he had a round of 64, but also a round of 75. He’s unquestionably among the best in the game, and seems motivated to make 2017 more consistent than 2016. This will be Rory’s third attempt at Bay Hill, with his previous best being a T11 in 2015.

One of the more popular players in the field, Rickie recently ended a two-year winless drought when he took last month’s Honda Classic. His 2016 season was somewhat disappointing with the bar he had set in 2014 and 2015, but he has looked excellent since the 2017 season started, with three top 5s in just five events.

It has been a breakout 2016-17 season for the young Japanese Matusyama, as he has won twice and added two additional runner-ups. He has cooled off considerably since the second week of 2017, winning the Waste Management Phoenix Open, but failing to finish better than T25 in four other events in his most recent five appearances.

Matsuyama needs just one point to regain his position atop the FedEx Cup standings.

The 29-year-old Canadian Hadwin has been one of the early stars of 2017, shooting a 59 at the CareerBuilder Challenge, and notching his first career victory at last week’s Valspar Championship.

He has played the Arnold Palmer just once, posting a T36 last year. It will be interesting to see how Hadwin responds to becoming a PGA Tour champion.

Daly may be the most popular man at Bay Hill this week. He is an enormous draw everywhere he goes, although he has done very little winning in recent years. Daly, a sponsor’s exemption for this tournament, plays almost exclusively on the Champion’s Tour now.

Unsurprisingly, he lead the Champions Tour in driving distance last season, the only regular player to average over 300 yards per drive.