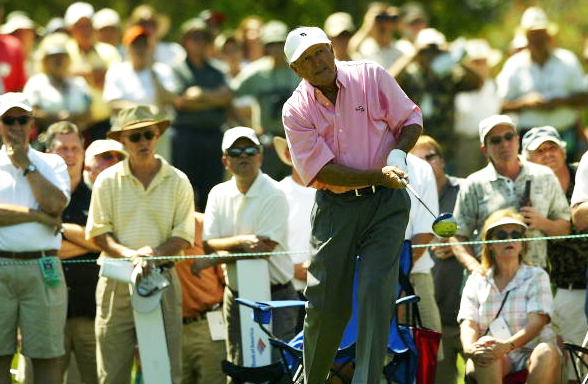 Here’s Arnold Palmer, at 74 years-old, in his last playing appearance at Bay Hill in 2004. The King hits a driver off the deck at the par-4 18th, and cuts a low-chaser up and onto the green.

His grandson, Sam Saunders, was only 16 at the time, and carried the bag for Arnie.

The two are grinning ear to ear as the walk up the fairway for the final time.

Arnie would go on to two-putt for the par, and card a 79. The fans went wild. It was Palmer’s final appearance as a player at Bay Hill.