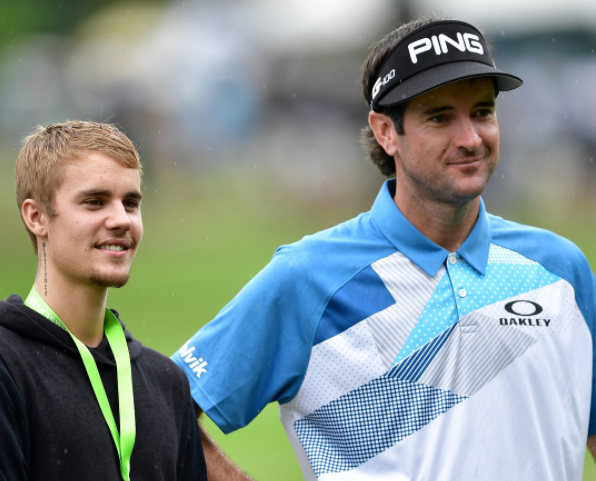 After abruptly cancelling the last 15 dates of his concert tour last week, Justin Bieber apparently has a lot more time on his schedule.

The pop star took full advantage of his down time, and showed up at Quail Hollow for Tuesday’s practice round in preparation of the 2017 PGA Championship.

During the overcast day in Charlotte, Biebs signed autographs and posed for pics, but primarily hung out with his longtime buddy Bubba Watson, along with practice partners, Wesley Bryan and Kevin Na.

The 23-year old pop star and the 38-year golfer have been friends for several years, with Bubba noting the relationship as far back as 2012, after winning his first green jacket, “Justin Bieber is the only person I talked to on the phone that night after I won (The Masters). He called me and I talked to him on the phone and he and Selena were congratulating me, and it was a big honor that they would both call me and talk to me.”

At one point, Bieber and Bryan rapped to the superstar singer’s “No Pressure.” Na provided some background, but wasn’t up to speed on the words.