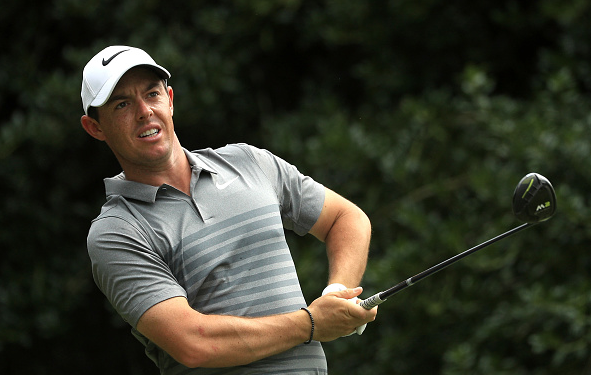 The game’s biggest stars from around the globe will be teeing it up this week at Quail Hollow Club in the 99th edition of the PGA Championship. 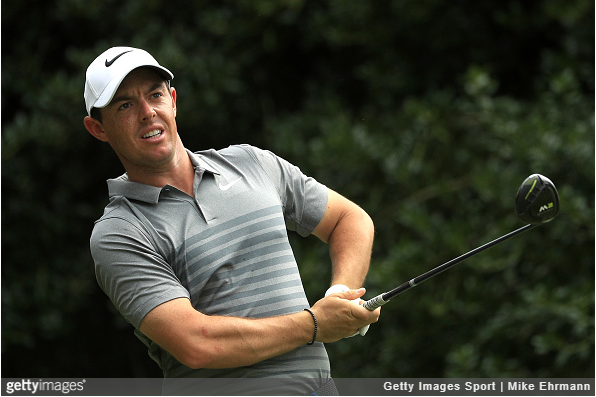 Jimmy Walker will be back to defend his maiden major title in Charlotte, as will tournament favorites Rory McIlroy, Jordan Spieth, Dustin Johnson, Jon Rahm, Sergio Garcia, Rickie Fowler, and Hideki Matsuyama, among others.

The field is loaded, and the storylines are set, so let’s get on with the picks for the final major of the 2016-17 season.

“Caddie change or not, a solid week at Firestone changes the vibe heading to his favorite course. In the race to become the next member of the Career Grand Slam fraternity, McIlroy throws his own roadblock into Jordan Spieth’s path.”
– Jeff Shain, Managing Editor, Prime Sports Golf Show

“Experience be damned, I don’t think anyone in this field is better positioned to win this tournament than Rahm. He leads the Tour in strokes gained: off-the-tee and basically everything you need to succeed at Quail Hollow, Rahm has in spades. His PGA results have not been there lately, but I thought his weekend at Firestone was very encouraging, as he was hitting more fairways than anyone at the most difficult course on Tour to hit fairways, he consistently found greens, and was incredible with the flat stick on Sunday. He has a plethora of great finishes in 2017 and undoubtedly has the drive to win big on any stage.”
– Joel Cook, Lead Writer, Pro Golf Weekly

“The 25-year-old Matsuyama is easily the best player without a major. A victory this week in Charlotte will give him four on the season, and vault him into the lead for player of the year honors.”
– Tom Gorman, Columnist/Editor, Pro Golf Weekly

“Fowler has already proven he can win at Quail Hollow, beating out Rory McIlroy in a playoff in 2012. The 28-year-old is still looking for his first elusive major win and a familiar course might just be what the doctor ordered. Out of his 18 appearances this year he’s only missed the cut three times. Fowler will likely be around the leaderboard come Sunday, the only question is if he can finally finish.”
– Sean Murray, Contributor, Pro Golf Weekly

“Rahm enters Charlotte off a T44 at Birkdale and a T28 in Akron, which means only one thing: put the house on the young Spaniard this week. Wait, what!? Yep, that’s what history shows… During his 14 month, 29 tournament pro career, Rahmbo has NEVER-EVER strung together three consecutive finishes outside the top 15. In fact, historically, he plays his very best golf following a stinker (or two) – as both his wins, and two of his (three) runner ups, followed a minor stretch of bad golf. A Top 10 is almost a guarantee!”
– Jeff Smith, Reporter/Contributor, Pro Golf Weekly

“Although it has not been the season Mcllroy has hoped for, (rib injury, putting woes, and caddie change), the 28 year old is getting the ball rolling at the right time. At Royal Birkdale, he managed to climb to a top 5 finish, and more recently at the WGC-Bridgestone Invitational, he showcased his power off the tee and improved play around the greens. Mcllroy is quite familiar with Quail Hollow, the home of his first career PGA Tour win in 2010. While many players will get lost along the ‘green mile’, Mcllroy should drive to the top.”
– Cody Pratt, Contributor, Pro Golf Weekly

“Koepka is the U.S. Open winner yet seems to be flying under the radar. Look for the silent assassin to long-bomb his way to a second major at a newly-lengthened Quail Hollow. Koepka is quietly turning into a big stage player. His 2017 major finishes are as follows: Masters (T11), U.S. Open (Win), British Open (T6). If that recent major performance isn’t impressive enough, the 27-year old has finished in the top 5 in his last two PGA Championship starts.”
– Jay Nomakeo, Podcast Host, NewEngland.Golf

“In case you haven’t heard by now, a win by Spieth and he’d become the sixth, and youngest, golfer in history to win golf’s grand slam. I always root for the most historical, legacy-padding storyline.”
– Paul Daly, Contributor/Editor, Pro Golf Weekly

“McIlroy is just starting to get back into ‘major condition’ after equipment change and marriage. He plays incredibly well at Quail Hollow with 6 top-10s, 4 top-5s, a runner-up playoff loss to Rickie Fowler in 2012 and two wins (’15 & ’10).”
– Greg DePalma, Host, Prime Sports Golf Show

“He’s playing too well right now to be overlooked. Firestone was his third top-3 finish in his past five starts, and he was eighth at the U.S. Open before that. Hasn’t played Quail Hollow since 2011, but maybe that’s a good thing. Fresh eyes.”
– Jeff Shain, Managing Editor, Prime Sports Golf Show

“He has the length to thrive at Quail Hollow, and his #5 ranking on Tour in Greens in Regulation shows that he is more than just a power guy. He has consistently been in the mix this season and showed an affinity for the PGA Championship when he contended at the 2015 edition.”
– Joel Cook, Lead Writer, Pro Golf Weekly

“I was rooting for the kid to win the U.S. Open just so Diana Murphy could mangle his name and provide some more viral content. But X-Man proved that his performance at Erin Hills was no fluke by winning the always-exciting Greenbrier Classic.”
– Tom Gorman, Columnist/Editor, Pro Golf Weekly

“Hahn previously won at Quail Hollow back in 2016 at the Wells Fargo Championship. He has few major experiences but he did make the cut at The Open this year on short notice. Hahn also has 4 top-10 finishes this season and has proven he can win down the stretch, having beat out Dustin Johnson and Paul Casey in a playoff back in 2015 at the Northern Trust Open.”
– Sean Murray, Contributor, Pro Golf Weekly

“Former world No. 1 Day is now world No. 7 and playing no better than world No. 77. He’s nowhere near the player he was just a year ago entering Baltusrol. Is he in a season-long slump or is he on the path to David Duvalville. Time will tell. A win and second Wannamaker Trophy would be one heck of a way to silence the doubters.”
– Jeff Smith, Reporter/Contributor, Pro Golf Weekly

“It seems as though every time I turn on the TV on Sunday, Hoffman is always in contention with some of the world’s best. He has played well in majors, including a lead after the first round of the Masters in April. Hoffman has tenacity, and he is long off the tee. Do not be surprised to see the four time tour winner give it a go this weekend.”
– Cody Pratt, Contributor, Pro Golf Weekly

“Johnson is playing his best golf of the year (2nd, T14, T5) and has moved from 71 to 40 in the world rankings. A Wannamaker Trophy would look awfully sweet between a Claret Jug and Green Jacket.”
– Jay Nomakeo, Podcast Host, NewEngland.Golf

“After a winter and spring of missed cuts and near misses, Poulter entered the summer with a world ranking of 199. Following three impressive months of play, bookended by a T2 at Sawgrass and a solo 3 in Canada, Poulter has rocketed to a respectable ranking of 62. The Englishman’s comeback story would end no better than with his first major victory.”
– Paul Daly, Contributor/Editor, Pro Golf Weekly

“After finally breaking through with his first tour win at the Texas Open in April, Chappell has continued to play well with five top 15s over his last 10 starts including two top 5s. He has also looked good recently in Canada and last week in Akron.”
– Greg DePalma, Host, Prime Sports Golf Show