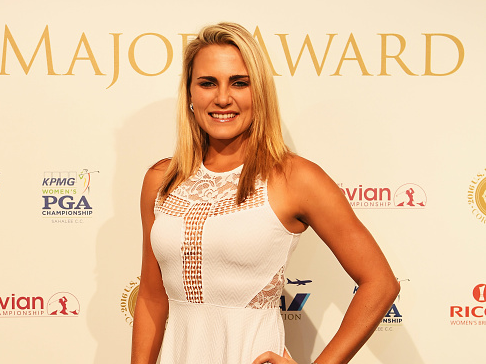 It is another Tuesday, typically the slowest day in the world of professional golf, but that does not mean nothing is going on. All the major tours have important events coming up this week, most notably the third round of the Web.com playoffs and the PGA Tour Championship.

The Tour Championship puts the top 30 players during the season against each other, with the winner getting a $10 million prize. In today’s PGW Daily, we look at who could surprise at the Tour Championship, and also talk European Tour, and golf exercise/nutrition.

Three Who Could Make a Move to the Top

At the Tour Championship, the final event of the FedEx Cup playoffs, the players who are currently higher in the standings have the best chance of ultimately winning the $10 million FedEx Cup. However, that does not mean that those ranked lower do not have a chance: everyone in the field can win, but some would need more help than others.

We saw this illustrated best in 2011 when Bill Haas won the cup from the 25th position. The top five automatically win the Cup with a victory at East Lake, with those players being Dustin Johnson, Patrick Reed, Adam Scott, Jason Day, and Paul Casey.

Among those in the bottom half of the standings, look out for these three players:

Matt Kuchar (#16): Kuchar was unable to land in the top 15 going into East Lake, despite 10 top-10s in 25 events. He has never won a major, but has been competitive on big stages, most recently when he won the bronze medal at the Rio Olympics.

He finished T4 in the most recent FedEx Cup event, showing that his game may be trending the right direction. He finished T10 at last year’s edition of this event.

Hideki Matsuyama (#17): Matsuyama, the Japanese phenom, got his season off to a tremendous start, with a win at the Phoenix Open and top 7 finishes at The Masters, The Arnold Palmer Invitational, and The Players.

A mid-season slump where he missed three cuts in a four week span (and was T42 in the one he did make the cut at) knocked him down the standings a bit, but with a T4 at the PGA Championship, he has shown signs of regaining that early season form. His playoff results have been nothing special (CUT, T15, T24), but he has the game to compete anywhere. He finished T12 at last year’s Tour Championship.

William McGirt (#23): McGirt had his breakthrough PGA victory at this year’s Memorial Tournament, an event that boasts one of the strongest fields among non-majors. He was also competitive at two other big stage events this year: the WGC-Bridgestone (T7) and the PGA Championship (T10).

This will be McGirt’s first time playing the Tour Championship, but he has shown that when he is close, he can finish.

Ben Crane, one of the more unique individuals on tour tried out a new pre-shot routine. We think it’s safe to say that golf fans would like to see him break this out during an actual tournament. Maybe it could psyche out his playing partner.

Working on some new pre shot routines at the @cinkitchallenge. I think I blacked out during this one

It has been tough going for Crane over the past few years, as he has been largely unable to get back to the form he showed from 2005-2012 when he won three times and made over $1.4 million every year, with the exception of an injury-shortened 2007 season.

He has reached as high as 33rd in the world rankings, but currently sits at 362nd. He had only one top 10 this season, but played well enough to make the FedEx Cup playoffs.

Shawn Stefani had a funny comment on the routine, which poked fun at Crane’s notoriously slow play.

Lexi Thompson is clearly one of the most physically fit players on the LPGA Tour.

She was gracious enough to share her workout for the day. All the exercises use body weight, so you do not need a gym.

My workout for today: 3 mile treadmill run( break it up into any number of runs ) 100 bosu squats with 25lb plate focusing on balance 40 push ups 150 glute bridges with 25lb plate on lap (squeeze butt muscles at the top) 100 sb crunches This is how I decided to break mine up and saved my hardest set for last 👍🏻💪🏼

Exercise is necessary for peak athletic performance, but that energy is wasted without a good diet. Stuart Appleby posted a picture of one of his home meals on the road. It appears to be one with a good amount of protein and vitamins.

Because fans do not seem to be able to get enough of Andrew “Beef” Johnston, here is a near albatross he had at the Albertson’s Boise Open. Beef finished in solo-fourth which was enough to secure his PGA Tour card for next season. It is safe to say, he will be very popular there.

Driver on a string. 👌

A Feel-Good Story of Redemption

At the recent KLM Open on the European Tour, there was a closest to the pin “Beat the Pros” contest on one hole, where a fan was given an opportunity to try to get closer to the pin on a par 3. Joost van den Broek, who was paired with Joost Luiten, had an awful, terrible tee shot and was subsequently mocked on every corner of the internet.

All good stories have a happy ending… https://t.co/dj2xj4YCsO

Technology of the Day

The European Tour’s Ross Fisher posted a video from Romans International which shows someone trying what appears to be the coolest mode of transportation ever.

Don't normally post non-car stuff but this is so damn cool and perhaps a look into the future of transport! #Flyboard pic.twitter.com/MHzgZoxLUz

Fisher immediately knew who would REALLY like it: Ian Poulter.

Poulter answered back saying he has already been using it. He is probably joking, but you never know with Poulter.

Been using them for months fish… I was the test dummy…. 😂😂😂😂 https://t.co/ACvNNfitlf

Why You Should Be Golfing

The ETPI (affiliated with the European Tour) put out a great PSA on the health benefits of golf.

Get out & play golf. A sport for all with fantastic social, physical & mental health benefits #playgolf #fitness pic.twitter.com/zuIQ6wv2Pu

Golf has been linked to a longer life expectancy, in addition to many other positive health outcomes.

A group of PGA pros took a trip to the College Football Hall of Fame. The group includes Daniel Berger, Gary Woodland, Bubba Watson, Roberto Castro, and Matt Kuchar, who is the one doing the Heisman pose.

The College Football Hall of Fame is a famous landmark in Atlanta, Georgia, where the Tour Championship is being played this week.

Nunchuck driver shaft.. Anyone used one?

We were curious and decided to look into it a little bit. Their website says the shafts are available through Nike Golf, which has recently been disbanded, so they may be more difficult to find in the future, unless they connect with a different company. Before assembled, the shafts resemble a nunchuk, which is where the shafts get their name from. The company claims the shafts reduce spin on drivers and hybrids, allowing for more distance and more control. They believe that their shafts allows a level of control of the clubhead during a swing that traditional shaft do not. It seems to be mostly about stability.

More info is available on their FAQs page.

The thing that sells us most though: John Daly uses them!