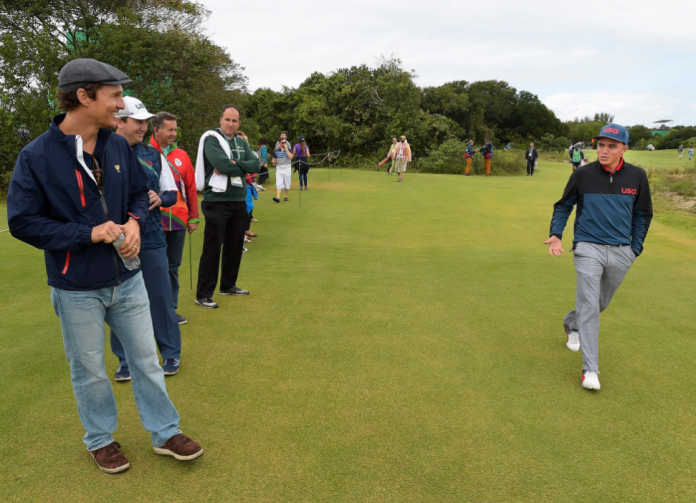 Australia’s Marcus Fraser proved today that he’s no one-round wonder. It was not quite the 63 he shot in round one, but a two-under par 69 makes Fraser the first 36-hole leader in modern Olympic Golf history. Fraser kept the round two lead the same way he captured the round one lead: fairways and greens.

Going 14/18 for the second day in a row, which means he has hit 78% of his greens. That will lead to positive results anywhere, for the man who is not yet well-known on the PGA Tour.

Fraser leads by one stroke over Belgium’s Thomas Pieters, and two over Sweden’s Henrik Stenson, the Open Championship winner who is probably the hottest player in the world right now.

About the Leader & Social Media

Fraser is a great follow on social media. One of his funniest tweets was this recent comment where he lumped himself in with Henrik Stenson and Phil Mickelson.

Congrats Phil & @henrikstenson we now have 6 majors & 1 Russian Open between us, pleasure watching you boys battle it out. @TheOpen ??

Central Ohio native and fan favorite Joey Sindelar shot a four-under 66 to take the lead after two rounds at The U.S. Senior Open in Columbus, OH. Sindelar leads Billy Mayfair by one stroke.

First round leader Vijay Singh could not keep his momentum going, and plummeted down the leaderboard after a round of +5.  Not a local resident, but a fan favorite everywhere he goes followed up his respectable even-par 70 with an ugly +11 81. Needless to say, he missed the cut.

The Web.com Tour is in Springfield, MO this week at the Price Cutter Charity Championship. Brad Elder followed up a 10-under 62 in round one with a four-under 68. At -14, Elder leads the field. He is in the midst of a disappointing season (currently 92nd on the money list), but with this win, would go into the Top 25 in the rankings, helping him get his PGA Tour card for next season.

“It’s hard to build any momentum when you’re not making putts. I’m not hitting it as close as I’d like to. I made some good swings in the middle of my round, made some birdies and actually hit some close and made some good putts, it’s tough to really continue the momentum when you don’t piece together shots and make putts on top of it. It’s really close to some great golf right now, it’s just unfortunate, it’s hard to go through the low point” ~ Rickie Fowler on his Olympic struggles.

Actor Matthew McCanoughey was a surprising spectator at today’s round 2 action. He spent considerable time following around Rickie Fowler today. Fowler said that they had not met before today.

Nominee for the most interesting conversation of the day…

'Cause it'd be a lot cooler if you did ?. Right, @McConaughey? pic.twitter.com/ZDuZxEMLqq

For the second day in a row, Billy Horschel had the most entertaining interaction with a fan. Trolls are a pain every athlete on twitter has to deal with, and Horschel had a classy response to a supercilious post from one of them today.

These guys are amazing. Course maintenance staff/volunteers don't get enough credit week in and week out https://t.co/IOlpJIvJnV

Adorable Video of the Day: Phelps the Frog

Hunter Mahan’s daughter made a new friend during one of the length rain delays at the John Deere Classic in Northern Illinois.

With the heavy rain last night the @johndeereclassic is under delay, but we found a friend swimming on top of the pool cover. We named him Michael Phelps and has been great entertainment this morning!! @m_phelps00 @underarmour #TeamUSA #TeamUA #RuleYourself

This is a workout from fitness junkie Justin Rose that has a lot of application to golf. This one targets the back and shoulders.

A great training & warm up exercise for the back & shoulders for golfers. Shown here by @JustinRose99 @TeamGB #golf pic.twitter.com/kkk6GRuoMU

Analyst Thought of the Day

Aaron Oberholser commented on one of the things that makes Olympic golf so great. In a world where everything is sponsored by some corporation, this event is pure.

Off-Week Video of the Day

England’s Chris Wood, one of the few great golfers who did not get the chance to turn down an Olympic invitation (Justin Rose and Danny Willett are representing Great Britain), decided to play some football by the pool.

Someone should ask @McIlroyRory if he thinks this is a good idea.

Because you can’t get enough ‘Beef’, here’s a look at Beef being Beef. He might be jealous of that beer sponsorship Smylie Kaufman landed yesterday.

On there way out on the course. So tempted to start drinking them ???. pic.twitter.com/W672i7aSNX

Creative Shot of the Day

Patrick Rodgers has found a way to practice when it’s raining out. This could spawn an indoor Olympic golf circuit.

So excited that golf has returned to the big games for the first time in 112 years! #ULTRAgolf @michelobULTRA #ad pic.twitter.com/57rwJVuing

It takes hard work and a lot of great people to keep these tournaments going.

This is a look at the Olympic gym from Spain’s Rafa Cabrera-Bello. 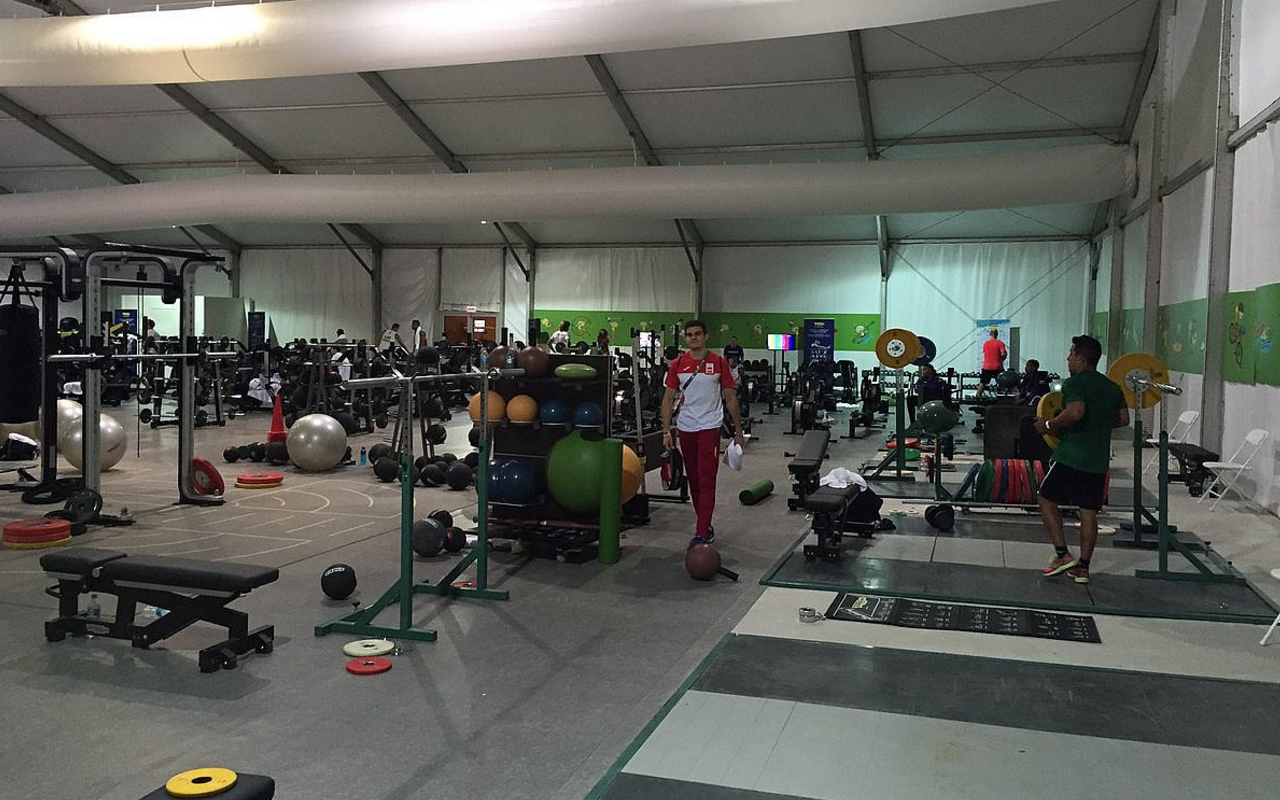 Marcus Fraser likes these shoes, and he’s the 36-hole leader at the Olympics. Perhaps you should like these shoes as well. They are the Tour 360 Boa Boost Shoes from Adidas.

Number of the Day