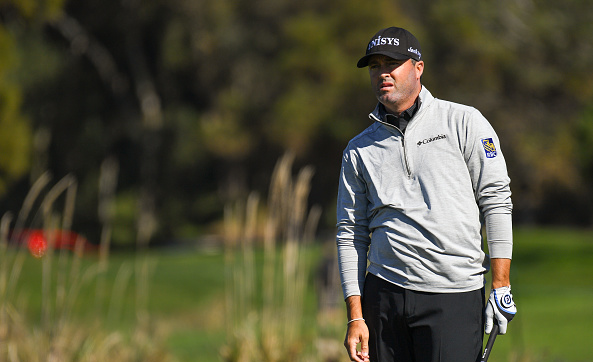 Ryan Palmer fired a 5-under 67 on Friday and will take a one-shot lead into the weekend at the Farmers Insurance Open. 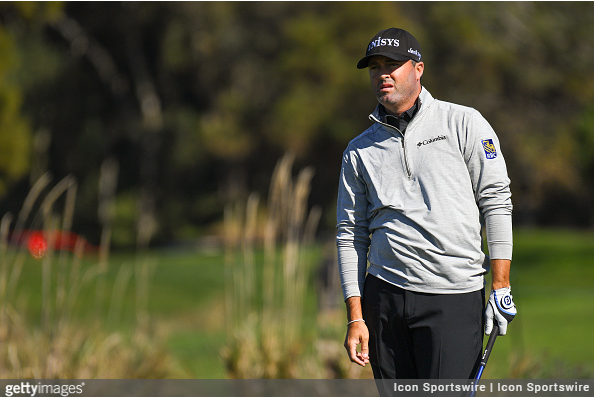 Palmer started par-bogey-bogey on the North Course at Torrey Pines, but finished 7-under over his final 15 holes, highlighted by a pair of eagles on Nos. 9 and 17 to sign for a two-day total of 11 under.

“Got off to a rough start obviously bogeying the first two holes. I think they’re probably the three hardest holes on the golf course today on that North side,” said Palmer, who is playing on a Major Medical Extension, and needs just 29 points over six events to become exempt for the full 2017-18 season.

“Concrete greens today, I think, and some dicey pin placements where they were. But James and I talked about let’s just play the par 5s today, get the ball on the green as much as we can and take care of the par 5s and we were able to do that.

“Got a nice chip-in on 9 for eagle, and of course the finish, hit a great 7-iron on 17 about six feet, and then a good drive on 18 and it’s always nice to make a long putt when you finish a round, so yeah, fun, exciting day.”

Defending champion Jon Rahm is one back after a bogey-free 66 on the North Course. The 23-year old Spaniard rode a hot putter to finish with six birdies, including three-straight on hole Nos. 9-11.

“You know, I had the putter really hot on the first nine holes, I made a lot of really good putts, four for birdie and par, but my short game kept me alive today,” said Rahm, who posted his 10th straight under-par round.

First-day leader Tony Finau offset three bogeys with five birdies to finish 2-under 70. The Utah native is tied for third at 9-under par, alongside Luke List (66).

After a sluggish start (par-bogey-par-par), Alex Noren finished 7 under (five birdies, one eagle) over his final 14 holes en route to a second-day 66. The 35-year old Swede is alone in fifth at 8 under.

Jason Day fired a bogey-free 64, and sits T6 at 7 under, alongside Michael Kim (68) and Martin Flores (67). Day, who started on the back, finished his low-round with eight birdies, highlighted by four-straight on hole Nos. 15-18.

“I drove it nicely, which gave myself opportunities, and then I putted well,” said Day, the tournament champion in 2015.

“The front side I needed to get off to a good start. That was crucial for me to get a step in the right direction. Getting off with a birdie on the first hole kind of settled things down and then from then I just kept on building.”

Phil Mickelson carded a 68 to sit T9 at 6 under, alongside a group of four others. 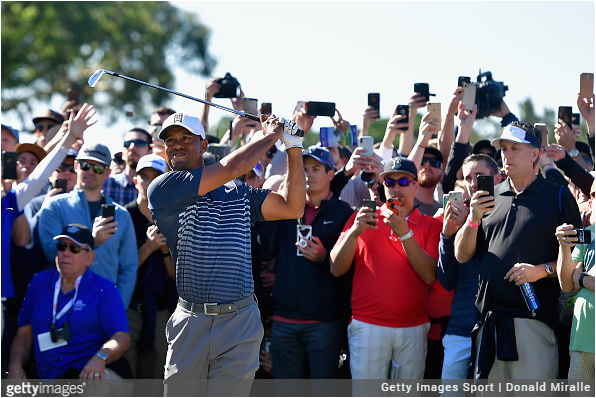 Tiger Woods made four birdies on his final nine holes, including one on the last, to finish right on the cut line at 1 under.

This was the first made-cut for Woods since the 2015 Wyndham Championship, where he finished T10.

Rickie Fowler followed up an opening round 72 with another 72 to miss the cut by one shot at even-par 144.

“Tomorrow the goal will be the same, try to go out and shoot the low round of the day. If I can do that each day, obviously you know where we’ll end up.”
– Ryan Palmer