Justin Thomas shot a final-round 69 at Firestone Country Club to claim his third title of season at the WGC-Bridgestone Invitational. 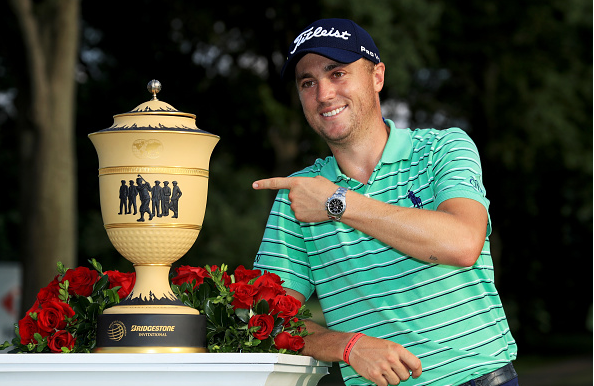 Thomas held a three-shot advantage after 54 holes, then went out on Sunday and produced a solid, mostly mistake-free, round of golf to claim a four-shot victory, posting a four-day total of 15-under par.

The Kentucky native finished his final day in Akron, Ohio with two birdies, one bogey and 15 pars.

The win earned Thomas $1,700,000 and 550 FedExCup points, which strengthens his grip on the top spot on the money list and moves him closer to Dustin Johnson in the points standings.

The 25-year old also picked up 74 Official World Golf Rankings points to reclaim his position at No. 2, swapping out with Justin Rose.

Kyle Stanley posted a final-round 68 to finish solo second at 11-under par. For the runner-up position, Stanley took home a check for $1,072,000, along with 315 FedEx points and 44 OWGR points – which is more money and points the winner of the Barracuda will receive.