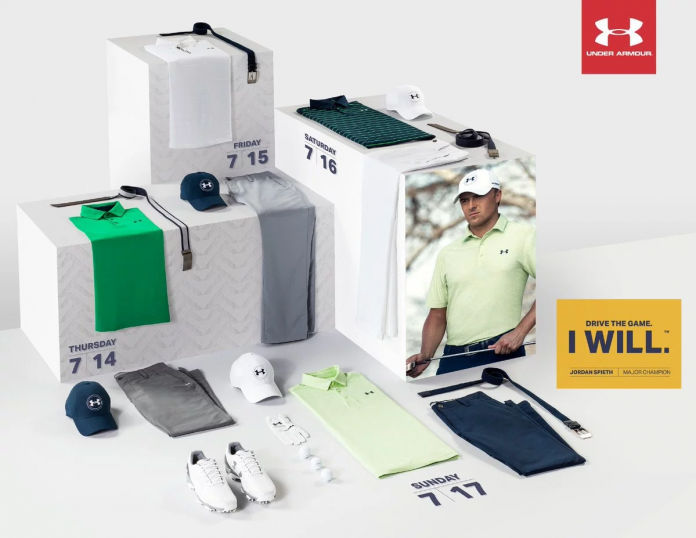 Despite a good line-up of scripts for the upcoming Open Championship, it appears that a majority of the time the players will probably be sporting rain gear Friday and Saturday. Hopefully, Sunday will prove to be a decent day, despite the daunting weather forecast, for sporting their gear! 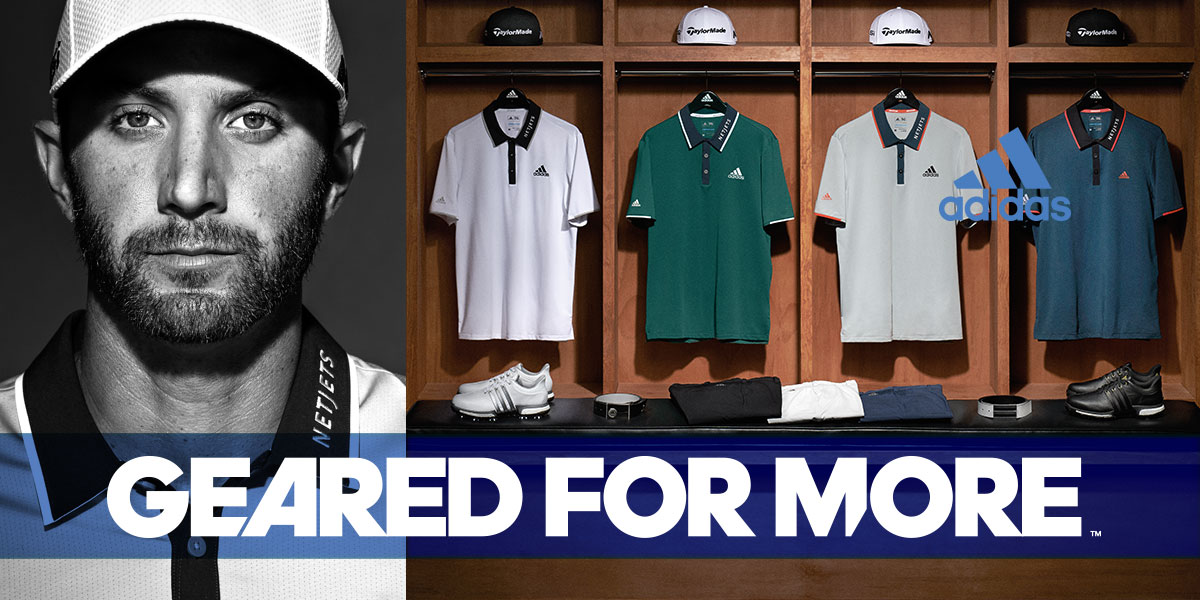 Dustin is continuing his theme from the U.S. Open of all solids with hints of colored accents. Not much to write home about, but given his recent successes, it is probably smart to stay with his tried and true fashion. 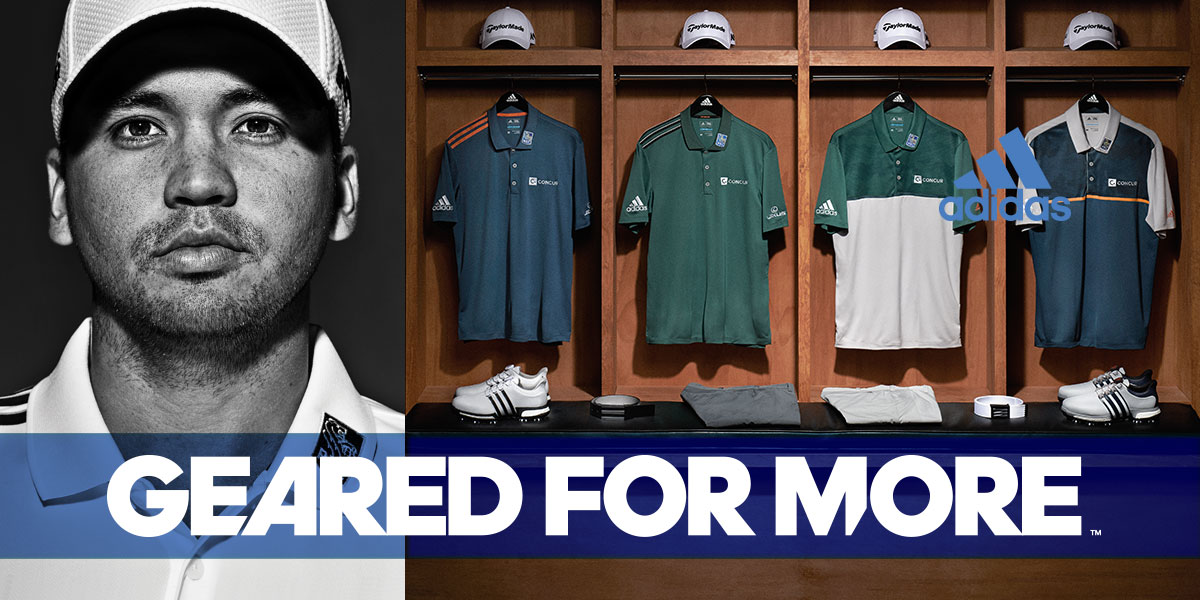 Jason Day also continues his U.S. Open style with the Adidas stripes on his shoulder for the first two days of the tournament, and then will change it up for the final two rounds. Adidas has done a good job managing Day’s major scripts since no major has had any consistent flow from another, however using the same colors as Dustin Johnson is a little repetitive. 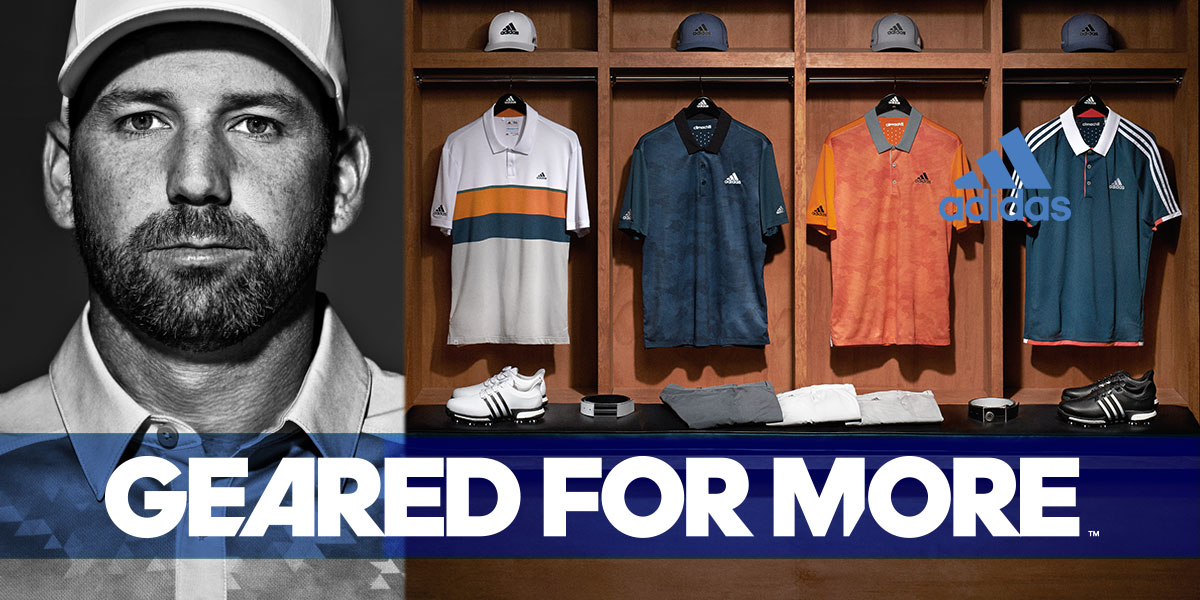 The previously mentioned Adidas-sponsored athletes have subtle color hidden, making their solids slightly less bland, however, the Adidas designers clearly got back from their fourth of July vacay with some brighter ideas for Sergio. The previously minor color accents have been turned into his primary color in his blend of previous Masters and U.S. Open styles. He starts out on Thursday with a U.S. Open-esque tri-tone white polo. Friday and Saturday, Sergio takes a page out of his Master’s script and wears a colored camo printed shirt alternating between blue and orange camo. These polos differ slightly in the shoulder than the ones he wore at the Masters, which had a solid shoulder color with the rest of the shirt being camo. Sunday’s polo is where all the colors share center stage: a navy blue base with the Adidas signature three marks, along with orange accents on the arms and bottom of the polo. This polo mirrors the one he wore Saturday at the U.S Open. 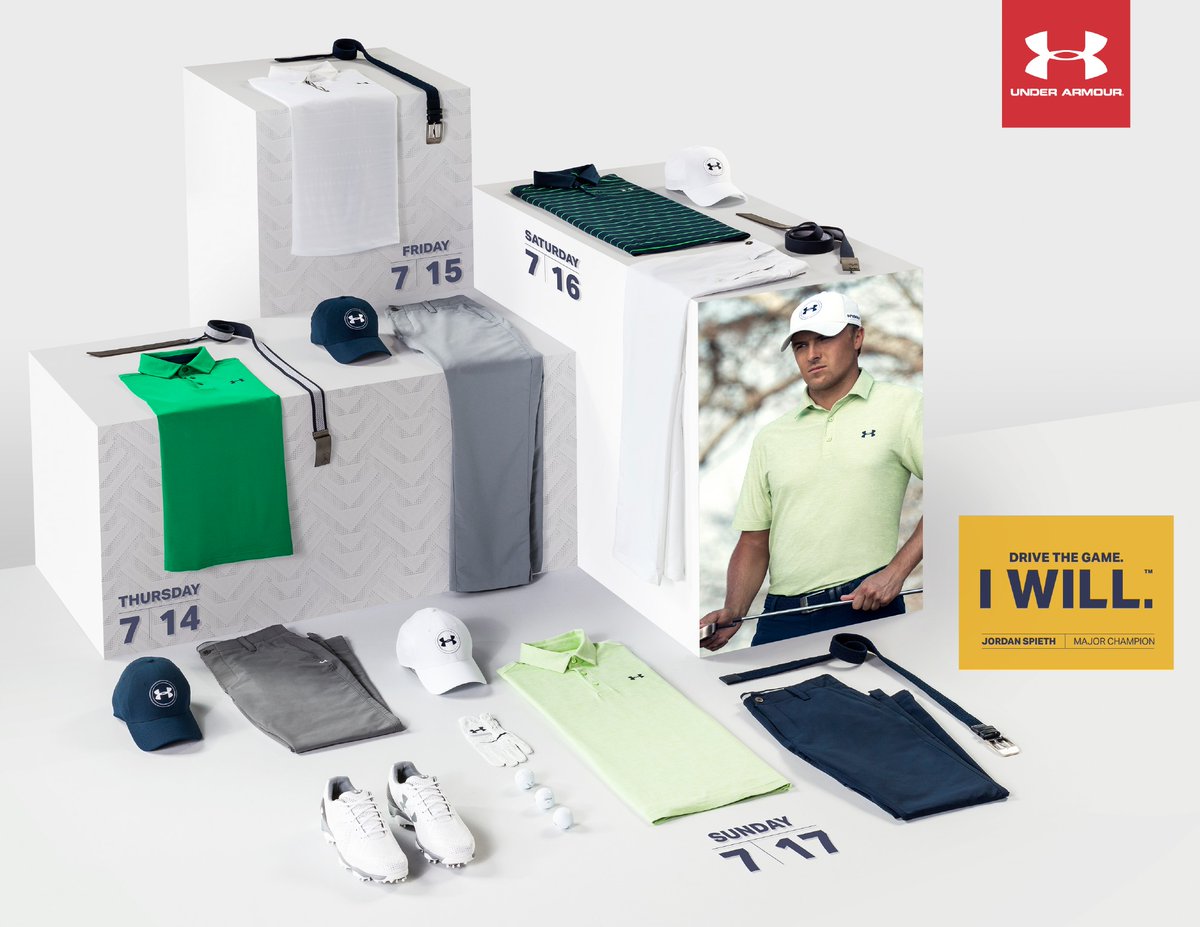 This is a textbook Spieth look with a combination of white, grey, and navy pants with solid and striped shirts. This color scheme mimics his 2016 Master script, however, the hue revolves around a different green spectrum. Thursday, makes a statement with a mint green polo, grey slacks, and navy hat. Friday, Jordan tries to stay under the radar with his subdued white polo with grey pants, and on moving day, Jordan will try to push into contention with his striped teal navy polo, white pants, and a white hat. Sunday, Jordan hopes to be hoisting the Claret Jug wearing his pastel green polo, navy pants, and white hat. 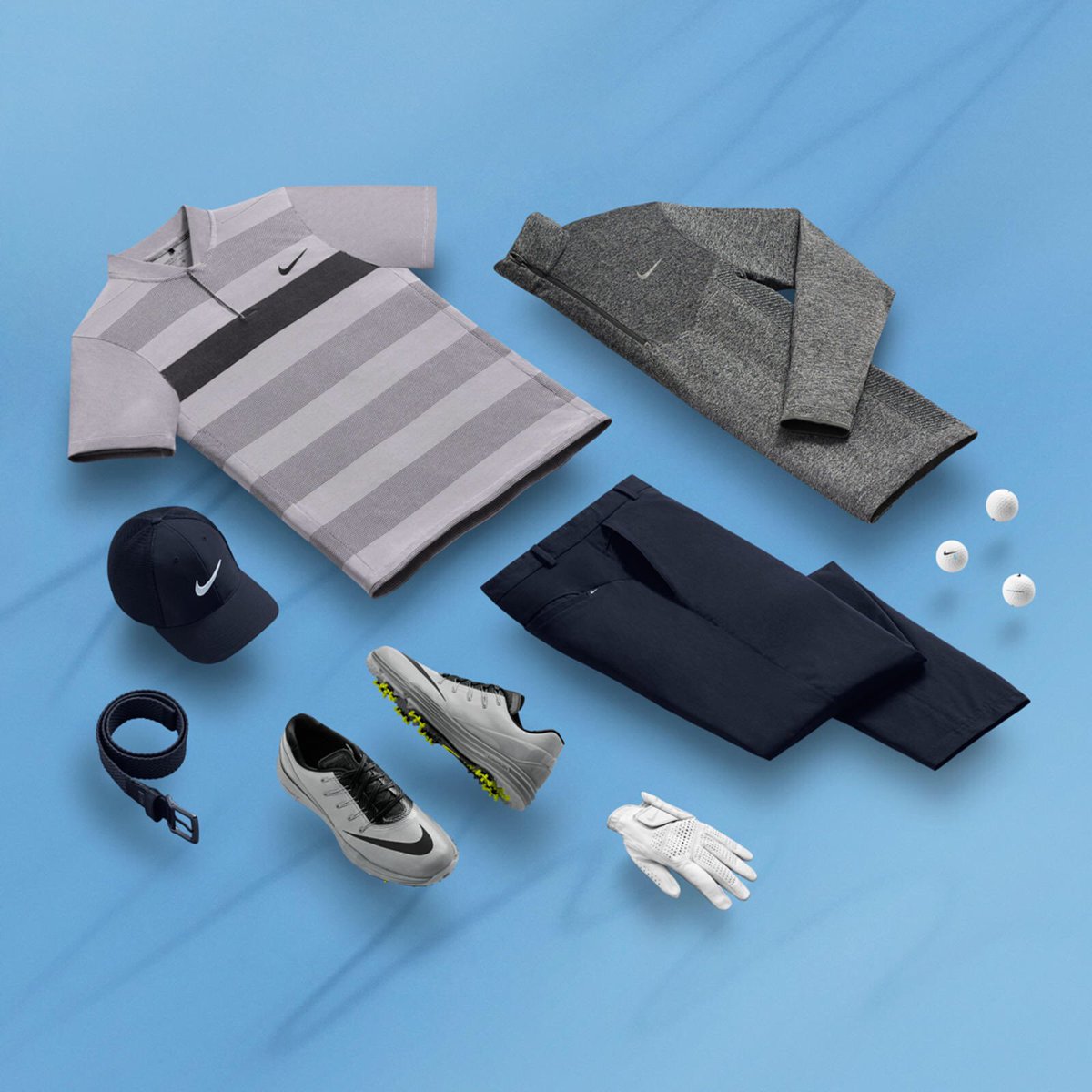 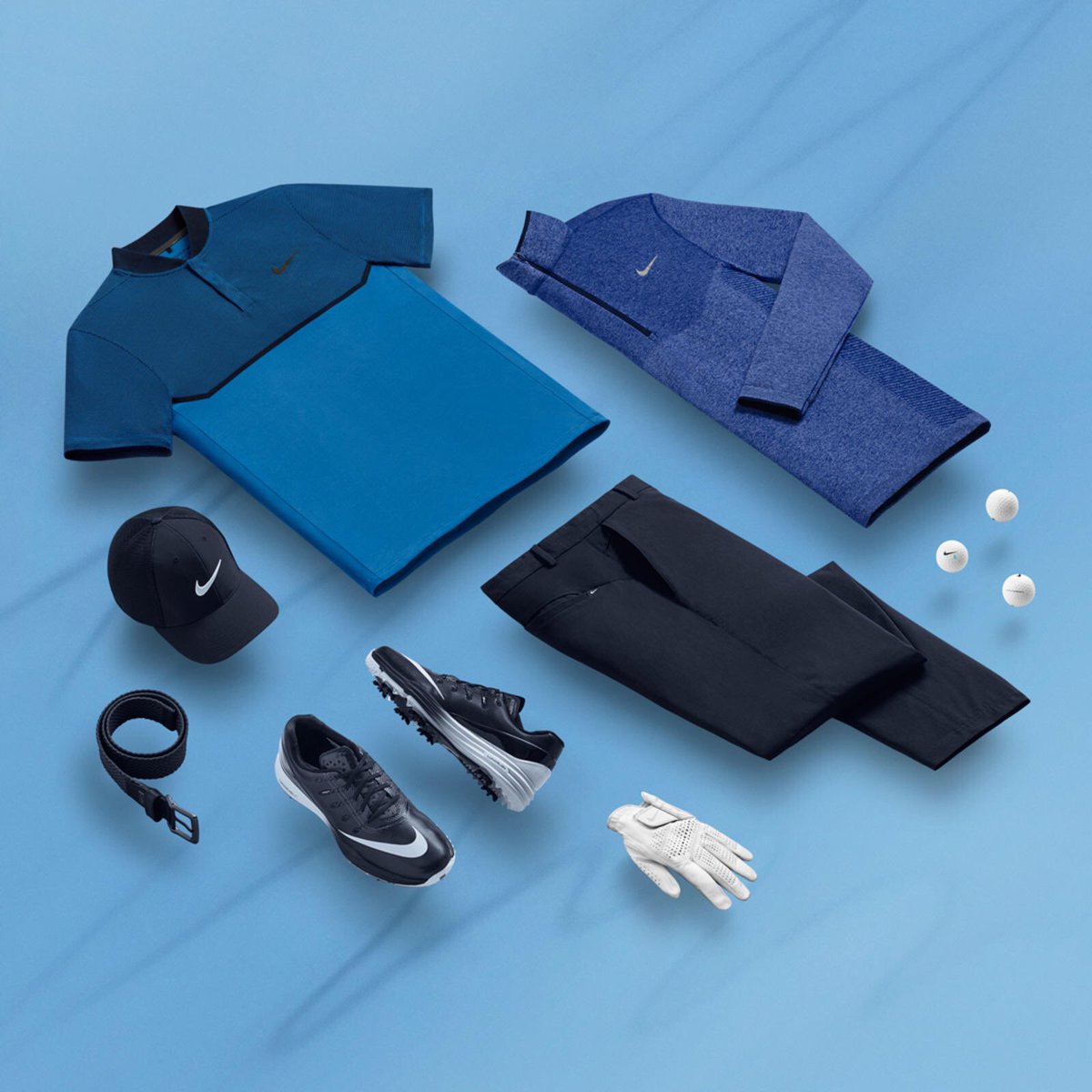 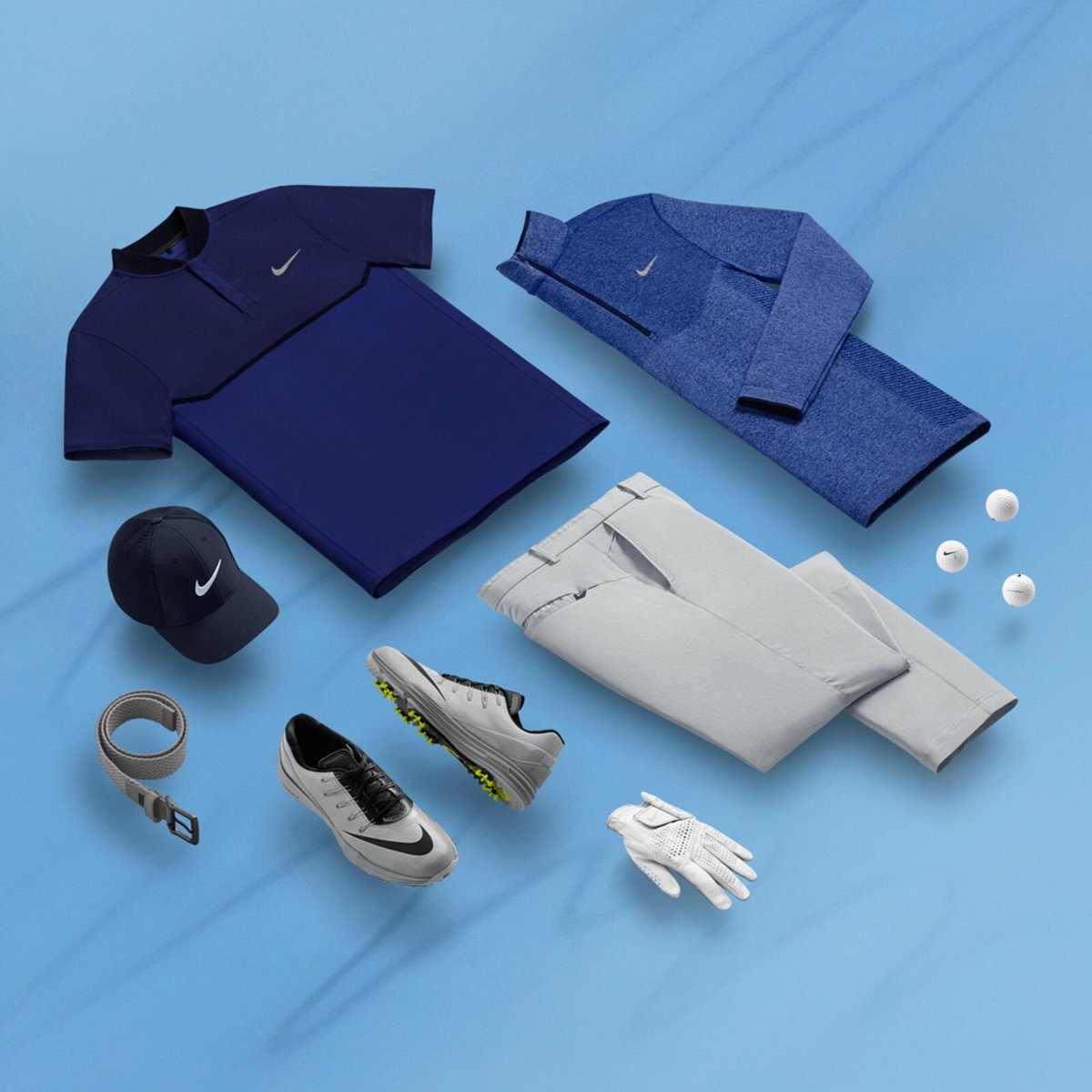 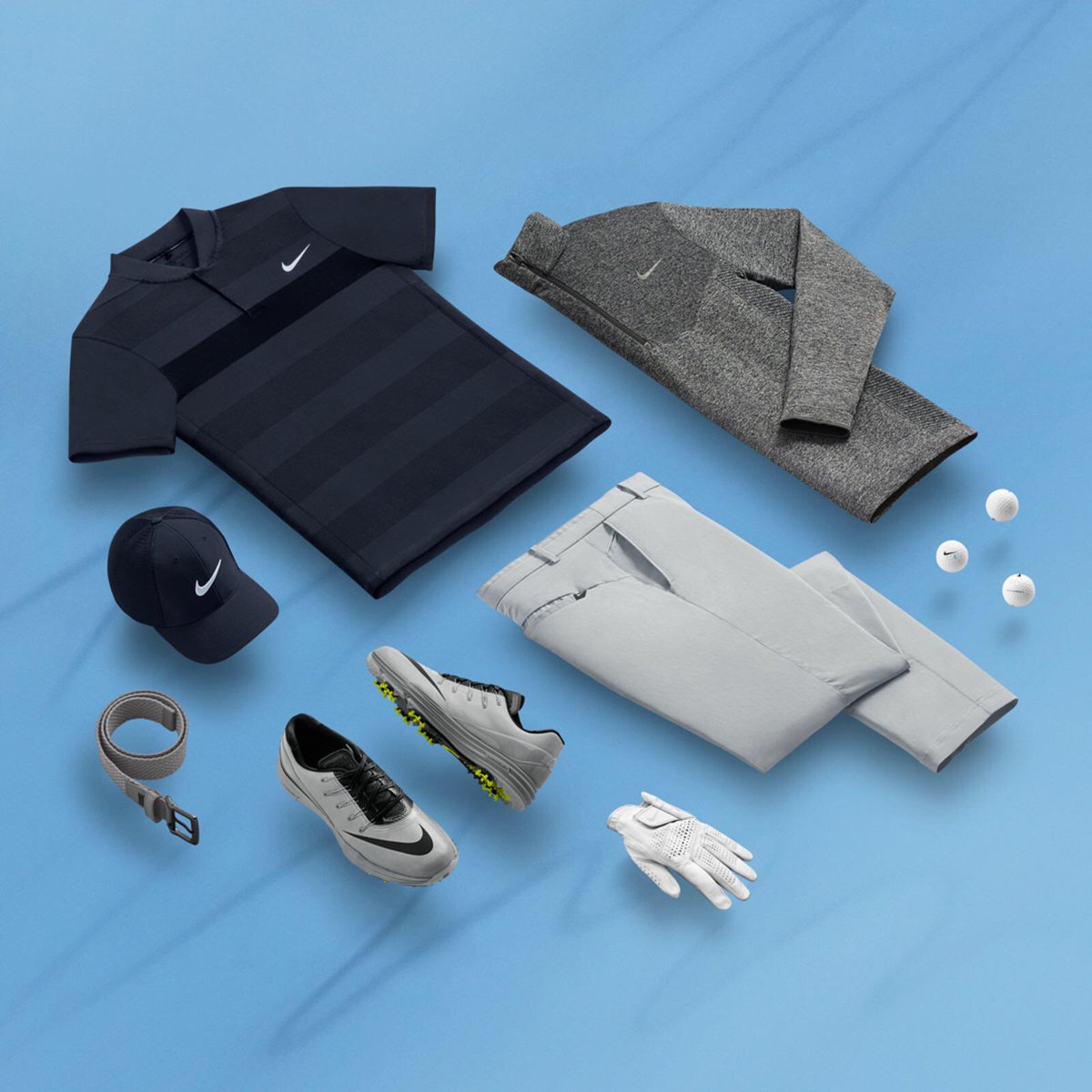 Rory McIlroy script this week ventures away from the previously repetitive, grey monotones and adds a bit of color to the weekend. Although he sticks with his greys and dark greys Thursday and Sunday, he is getting bold with his blueberry theme Friday and plum color Saturday.Let’s hope these brighter colors give Rory the confidence to take home another major! 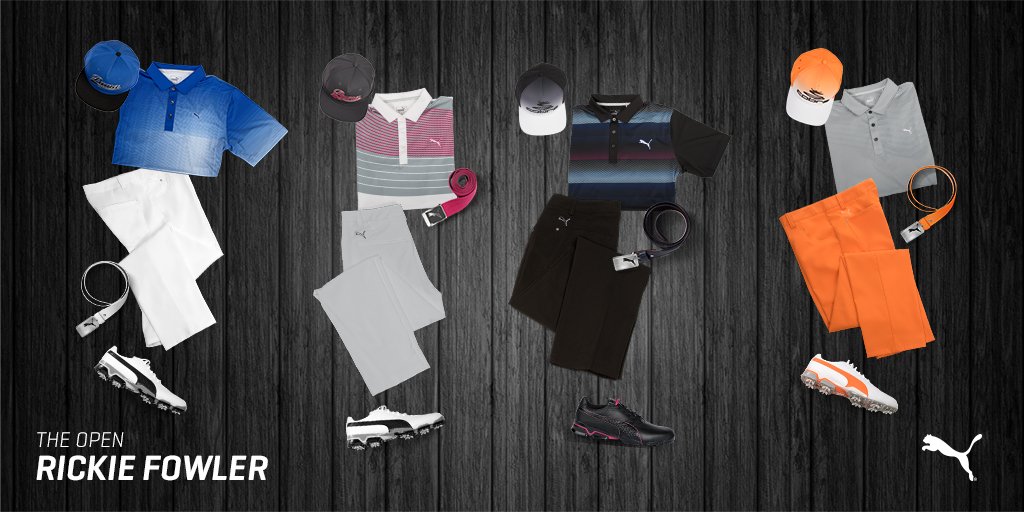 Are joggers and hightops a thing of the past? We are missing his throwback outfits! Rickie isn’t afraid of rocking vibrant colors and unusual patterns, and he is yet again displaying his bold color choices this upcoming weekend. Thursday, Rickie has a blue and white polo that has an ombre effect, making it match well with his blue flatbill hat and white pants. Friday, Rickie is styling an unique polo that has pink and grey bending strips that differ than traditional horizontal stripe   Saturday, he is wearing an all black look with unusual pink and blue accents.  Sunday, Rickie is yet again embracing his classic Oklahoma State bright orange along with an ombre orange and white hat.  He will be sure to stand out against his competition this weekend!