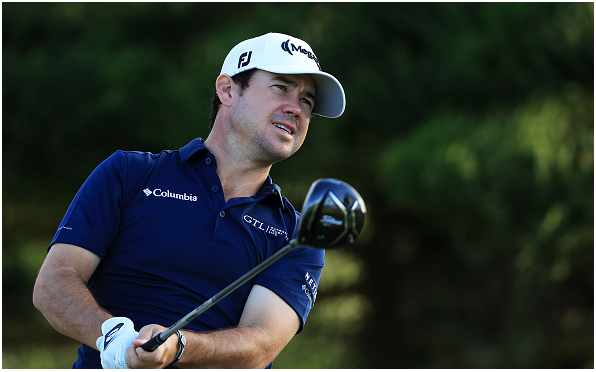 Brian Harman posted a second-consecutive 5-under 68 on Friday at Kapalua to move into a share of lead at the halfway point of the Sentry Tournament of Champions. 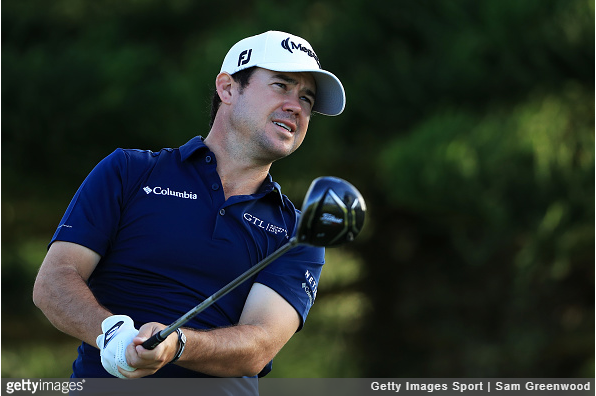 The 30-year old Savannah native is at 10-under par, along with first-round leader Marc Leishman, who posted a 4-under 69.

Harman finished his second day in Maui with two bogeys against seven birdies, highlighted by three straight on hole Nos. 13-15, and punctuated with a final one on 18.

“I had to stay a little more patient today. I birdied the first hole but I was not playing well to start the day. I made a really nice putt on 9 and that sort of kick started the back nine, which was good,” said Harman, who has finished in the top 10 in each of his three starts this season.

Leishman, meanwhile, signed for the only bogey-free round on the day.

“Really happy. Bogey-free around here in these conditions is pretty good. I felt like I may have left a few out there, but it’s pretty easy to do when it’s blowing this hard on the greens, it’s hard to make putts,” said Leishman, who hit 10 of 15 fairways and 13 of 18 greens. “So, no, really happy with the start and hopefully I can keep this going on the weekend.”

Lurking just one back is Dustin Johnson, who posted a second-round 68 to reach 9 under.

The World No. 1 got off to a sluggish start with back-to-back bogeys on 3 and 4, but played his final 14 holes bogey free with seven birdies, highlighted by three over a four-hole stretch (Nos. 6, 8 and 9) to turn in the red. 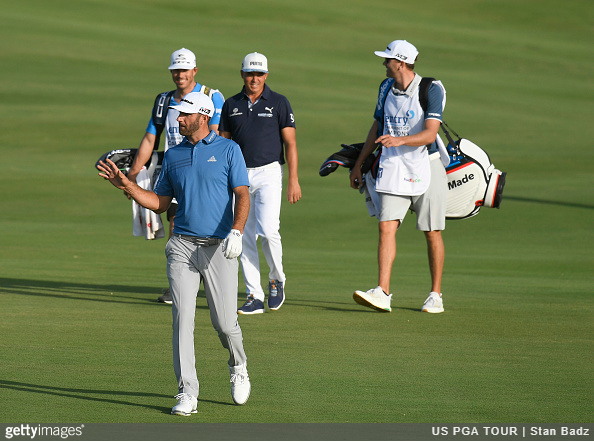 “So I kind of got off to a slow start. Then I parred 5, which I had 7-iron in on a par-5 and made par there,” said Johnson. “So through five holes wasn’t — I felt good, I was hitting some good shots, just didn’t score very well. Then kind of got it started there on 6 and made birdie on 6 and then made a really good birdie on 8 and birdied 9. So kind of got me on back in the rhythm and I played a really nice solid back nine.”

Pat Perez and Chris Stroud fired matching 66s and are tied for fourth with Jon Vegas (70) at 8-under par.

One further back at 7 under is Jason Dufner, who finished with six birdies against one bogey en route to a second-round 68.

Rickie Fowler (71) and Hideki Matsuyama (70) lead a group of five players tied at 6 under.

Jordan Spieth signed for a 7-under 66, moving from T30 to T13, alongside Jon Rahm (70) and Billy Horschel (71). Spieth’s round included seven birdies, two bogeys, and a hole-out eagle on the par-5 ninth hole.

“Well, tomorrow we’re going to go a little bit early, so it will be a new challenge to see what the course is like in the morning. I played a couple practice rounds early so it should be all right. It should be a fun weekend, the weather looks nice and I look forward to playing with Mark again. We had a good time.”
–Brian Harman, Co-Leader (36 Holes)

“Well, you play to win. Having a year like I did last year obviously my expectations are high. I feel like when I’m in this position I need to finish it off, so that’s what I’m planning on doing. Hopefully I can play well and keep making some putts and get another win, but there’s a lot of golf to play.”
–Marc Leishman, Co-Leader (36 Holes)