Brian Harman fired a 7-under 63 on Friday at Waialae Country Club and will take a three-shot lead into the weekend at the Sony Open. 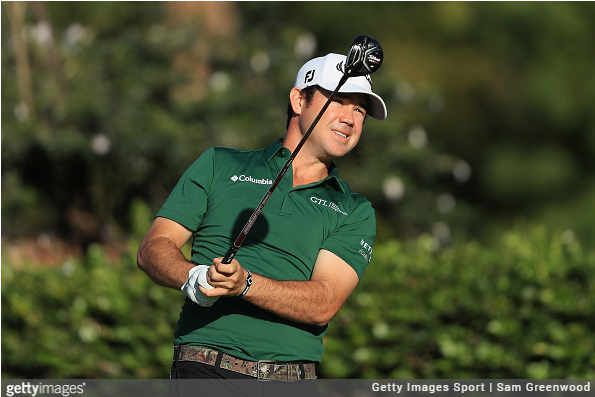 The 30-year old Georgian, who started his second round on the back, finished with one bogey, six birdies, and a final-hole eagle, en route to the day’s low round.

Three back was first-round co-leader Zach Johnson, who posted a 3-under 67.

The two-time major champion got off to a slow start and was even-par through 15 holes (two birdies against two bogeys), but closed with a birdie and eagle over the final three holes to reach 10 under.

“Really solid again and excited about the direction of my game. So all you can ask for is a chance on the weekend, and I feel like my game’s in a position to make a move,” said Johnson, who is seeking his first win since the 2015 British Open.

A group of three players were deadlocked one further back at 9 under, including Patton Kizzire (64), Kyle Stanley (67), and Ollie Schniederjans (65).

Kevin Kisner and Xander Schauffele were tied for 10th at 8 under, after matching 6-under 64s, each tallying a round of seven birdies and one bogey.

“Yeah, I was just in position a couple more times today. Probably made a couple longer putts yesterday, but was in position a little more consistent today, drove it really well. I was able to hit some iron shots in there pretty close and make a few putts.”
– Brian Harman