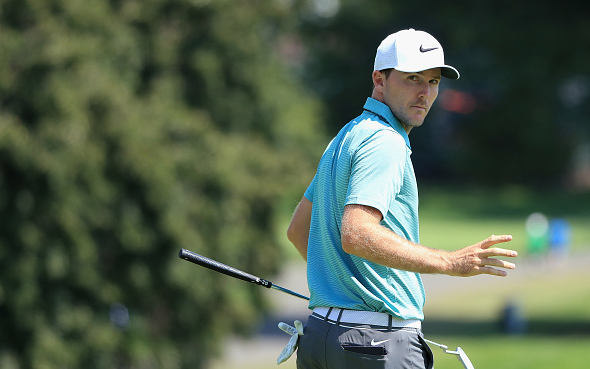 Coming into last year’s Houston Open, Russell Henley was extraordinarily motivated to finish atop the final leaderboard. Successful in his young career with two PGA Tour wins already, Henley had played The Masters in 2013, 2014, and 2015, but was unable to qualify for 2016.

Sitting on the sidelines of professional golf’s biggest event was painful for the then 27-year-old, but despite modest successes over the next 12 months, Henley again came into pre-Masters week without a spot at Augusta.

Aided by a hot putter, Henley terrorized the Golf Club of Houston Tournament Course, carding an incredible 10 birdies as part of a final-round 7-under 65 which allowed him to pass 54-hole leader Sung Kang and win the tournament by three strokes.

“I think last year I was second-most all-time in feet of putts made in a tournament, in a PGA Tour event or something. I think I made a lot of putts,” said Henley, whose 20-under par fell two strokes shy of the 72-hole scoring record.

“That might not be exactly right, but I might have been in the top-10. Putted really well and I feel like I just missed the ball in the correct spots. When I did hit a bad shot, I missed it in a spot where I could still make a par. I guess that’s just the experience of playing the golf course, but I putted really well.”

Henley then transmuted the Houston win into a T11 at Augusta that clinched a spot in the 2018 Masters as well.

Henley does have the luxury of not needing a victory to play The Masters, but he still has on his mind a successful title defense. It would be a boon for his game to capture this title for the second consecutive year.

“It’s cool to come back to a Tour event that you won the year before being the defending champion. I’ve played well at this course,” said Henley, who also owns wins at the Sony Open (2013) and Honda Classic (2014).

“I love the greens. I feel like I know where to hit it, just a matter if I can do it. I’m excited to play.”

He has not won since last year’s Houston Open, but mostly played well in 2017, posting two more top-10s, including a third-place finish at the Tour Championship, the final event of the FedExCup Playoffs.

His 2018 season, however, has been nothing special. In nine events, Henley’s finished in the top 20 just twice, and one of those was a T17 result at the 32-man Sentry Tournament of Champions.

In his most recent start, Henley failed to advance out of the group stage at the WGC-Dell Technologies Match Play, defeating Matthew Fitzpatrick 2&1, but taking 1-up defeats to Paul Casey and Kyle Stanley to finish 1-2-0.

Henley has been mostly accurate this season, but his short game has been a mess. He ranks 211th on Tour in strokes gained: around-the-green, 195th in scrambling, and 192nd in overall putting average. He will be looking for that short game touch this week in Houston, needing it if he is going to make a legitimate title run at Augusta next week.

“I’ve played well here the last four years and it always gives me confidence to come back here, for sure. I want to play well throughout the year and be a consistent player in all tournaments,” said Henley.

“Hopefully this one can help get my confidence level where I want it to be.”