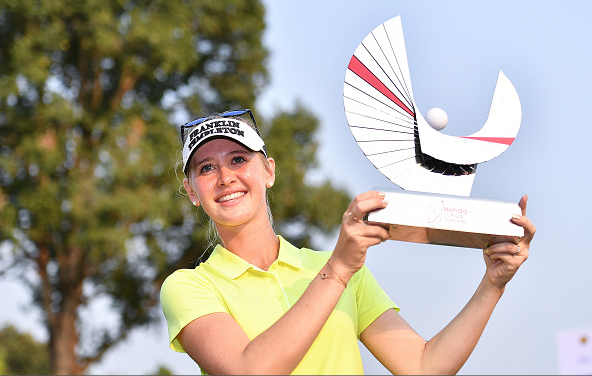 Jessica Korda shot a final-round 5-under 67 to capture the 2018 Honda LPGA Thailand with a tournament-record 25-under par, four clear of compatriot Lexi Thompson and Thai Moriya Jutanugarn. 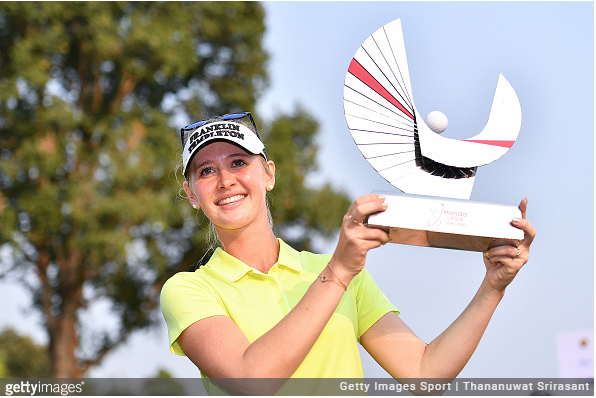 The 24-year-old Korda, who led wire-to-wire, was never really threatened on Sunday as she teed off on 17 of the 18 holes at Siam Country Club holding onto, at minimum, a three-shot advantage.

“I was just staying patient. Lucky I had the four-stroke lead because these girls. My God, these girls are good,” said a smiling Korda, who was making her first start since offseason jaw surgery.

“It was really, really intense coming down the stretch. I knew I had to keep my head down and try and make birdies and they would eventually fall.”

The Bradenton, Florida native finished her final day in Thailand with just one bogey against six birdies, highlighted by four gains on every other hole down the stretch (Nos. 11, 13, 15, 17), en route to her fifth LPGA title, but first since 2015. 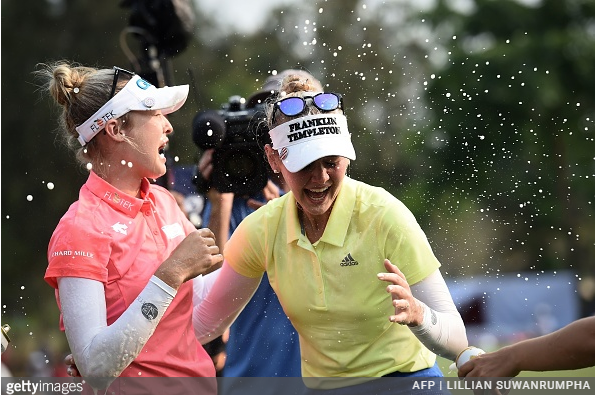 “I can’t believe it, today was such a blur, I was just trying to make birdies. I tried to relax, but I was nervous,” said Korda, who made 25 birdies and three eagles on the week.

“This (Honda LPGA Thailand) was my first event my rookie year. I played really, really well this week.”

Thompson reached 21-under par with a low-round 64 and tied Jutanugarn (67) for second-place.

Australian Minjee Lee (68) carded birdies on Nos. 10, 12 and 15 to reach 18 under, one clear of Chinese Shanshan Feng and Thai Ariya Jutanugarn, who finished T5 at 17-under par.

“I can’t believe it, today was such a blur, I was just trying to make birdies. I tried to relax, but I was nervous.”
-Jessica Korda