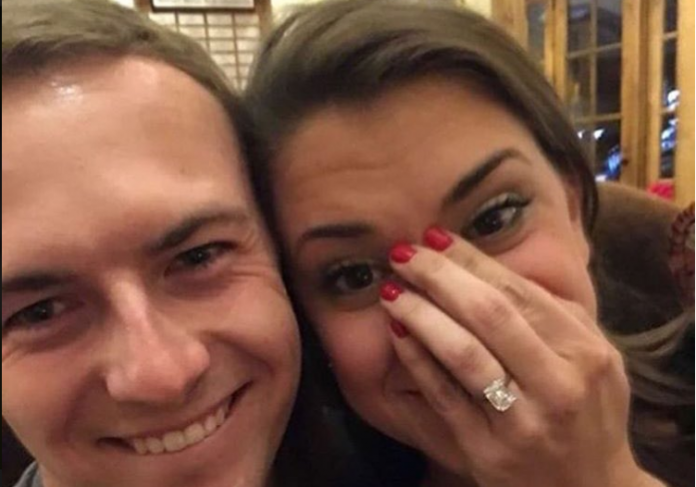 Jordan Spieth made news on Christmas by popping the question to his long-time girlfriend Annie Verret.

Looks like @JordanSpieth gave Annie Verret an early Christmas gift in the form of a very large rock ? ?

Congrats to Spieth and Verret on the engagement! pic.twitter.com/ApY2xHtS3S

Verret is an alumnus of Texas Tech, while Spieth briefly starred at Texas before exploding onto the PGA Tour. She is employed by The First Tee Texas.

No wedding date was reported for the young Texas couple, who have known each other since attending middle school together at Monica Catholic School in Dallas.