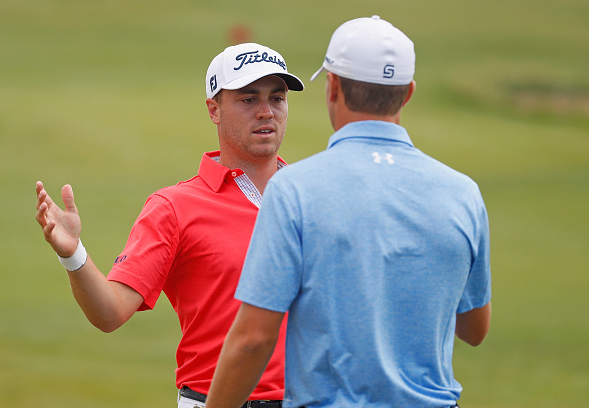 Coming off a high finish at the U.S. Open, which included a record-setting 63 in the third round, Justin Thomas had a surprisingly poor showing at the Travelers Championship in Cromwell, Connecticut, shooting 73-72 and missing the cut by five strokes.

One place where Thomas certainly did not struggle this weekend, however, was on Twitter, where he twice made positive news. On Saturday, he hilariously vanquished a twitter troll who called Thomas a derogatory name and then told him to “suck it up”. Then on Sunday, Thomas called Jordan Spieth’s winning playoff hole-out just before it happened.

1. You kind of deserve it for not putting sunscreen on
2. You may have a drinking problem
3. You also appear to be bad at golf https://t.co/60eHDcyHEG