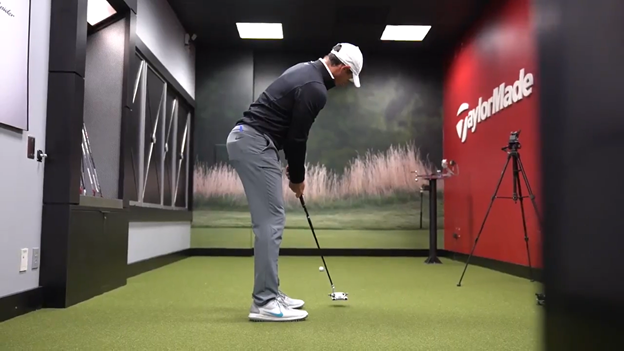 Rory McIlroy got off to a sizzling start this year, with two-consecutive top-3 finishes on the European Tour’s UAE Swing (T3 in Abu Dhabi and runner-up in Dubai).

His first start of 2018 on the PGA Tour, though, wasn’t quite as successful, as McIlroy missed the cut at the AT&T Pebble Beach Pro-Am.

On Monday, the four-time major winner made the trip down the California coast to TaylorMade’s headquarters in Carlsbad where he toured the facility and had a new putter constructed for this week’s Genesis Open at Riviera Country Club.

Visited @TaylorMadeGolf campus this week and was completely blown away. Extremely passionate employees and literal rocket scientists creating products. Proud to be a part of #TeamTaylorMade. pic.twitter.com/x9gGbYFUYJ

“I had a bit of a wobble on the greens on Friday, but I don’t put that down to anything more than just surfaces weren’t ideal and I let it get into my head a little bit,” explained McIlroy during Wednesday’s press conference at Riviera.

“I went down to Carlsbad on Monday to TaylorMade and we worked on a couple things.

“I got in the putter lab and got a new putter this week. It’s basically the same shape, just a little bit different in terms of loft and lie and stuff like that, so better for the poa annua greens. That’s really it.”