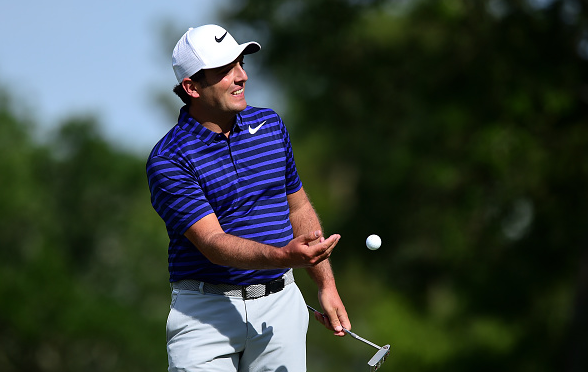 After a rain-marred second round at the Wells Fargo, which dumped nearly 2 inches of rain on Eagle Point, and didn’t wrap up until Saturday morning, Italy’s Francesco Molinari finds himself in the exact same position he started – atop the leaderboard by one shot.

Molinari posted an even par 72 over his second 18 holes, and is at 6-under through 36. One back of the Italian is a trio including John Peterson, Billy Hurley III, and Seamus Power – all are at 5-under and tied for second.

Hurley and Peterson both posted impressive 3-under rounds of 69, in brutal conditions to move up the leaderboard. Power followed up his 4-under in round one with a solid 1-under over his second 18 to stay in the top-5.

A logjam of players are in the hunt, with a whopping 20 players bunched at 4 and 3-under.

Tournament favorite, Dustin Johnson, shot a 3-over 75 and is at +1 through 36 holes, seven shots back of Molinari.

Defending champ James Hahn with a chip-birdie where his golf ball does a victory lap.

Savio Nazareth, a club pro out of Starmount Forest CC, and the reigning Carolinas Section PGA Pro champ, posted a 22-over par for his 36 holes, which included 0 birdies and a combined 19 bogeys (or worse).

Nazareth obviously missed the cut, and will be back to taking tee times this weekend. 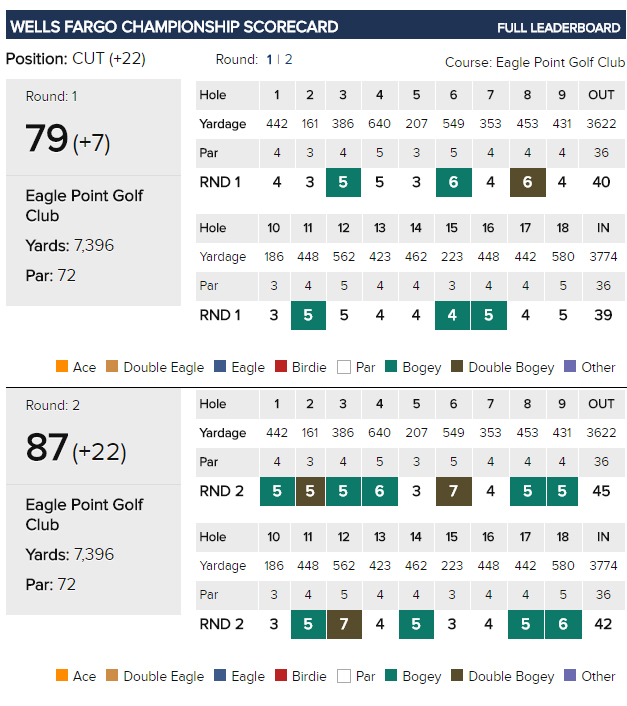 “It was playing really tough. I hit a 7-iron from 140 yards and came up short. At the last hole, I had 170 and hit 4-iron and came up short. I was hitting a good drive and it was going 250. It’s hard to make birdies. If you shot around par today, you were going to be in good shape.”
-J.B. Holmes on the blustery conditions.