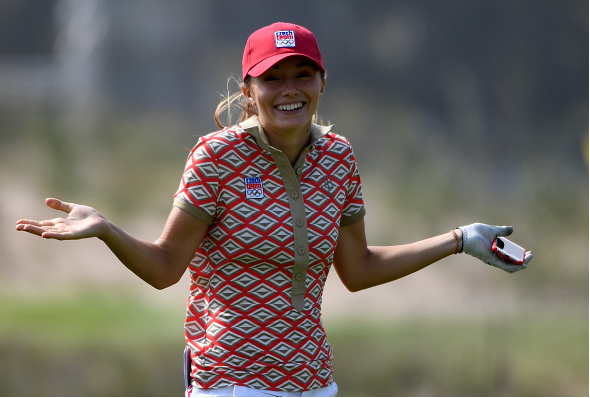 Once it was announced that golf would once again be a part of the Summer Olympics, after a 112-year hiatus, it hasn’t really been smooth sailing as such. Since the course is built on a nature reserve, first came the protests from environmentalists. Then came all the golfers withdrawing citing the Zika virus and hectic summer schedules as reasons before withdrawing.

Irrespective of all that has happened, it’s finally here. Here are five things you should know about golf at the Olympics.

Golf debuted as part of the Olympics Games at the 1900 Summer Olympics held in Paris, France. Two golf events were contested, the individual events for men and for women. 22 golfers from four nations participated at the Games.

The men played a 36-hole stroke play tournament with Charles Sands of the United States winning the Gold Medal. Walter Rutherford and David Robertson, both from Great Britain, won the Silver and Bronze Medals respectively.

The women played a 9-hole stroke play tournament. Americans Maragaret Abbott, Pauline Whittier and Daria Pratt won the Gold, Silver and Bronze Medals respectively. Since this was the first time when women were able to compete at the Olympic Games, virtue of her win, Abbott became the first American woman to win an Olympic Medal.

The men’s individual tournament was switched to a match play event rather than the stroke play format used four years earlier. Canadian George Lyon won the Gold Medal, while Chandler Egan from the United States took the Silver Medal. There were two Bronze Medal awardees, Burt McKinnie and Francis Newton, both Americans.

All three medals at the men’s team event were won by American teams, as Canada, the only other country participating at this event, didn’t have a team.

In 2009, the International Olympic Committee announced that golf would make its return to the Olympic Games in Rio and would also be part of the 2020 games in Tokyo. Then President of the International Golf Federation, Peter Dawson and Vice President Ty Votaw were instrumental in making golf a part of the Summer Olympics once again. Professional golfers, Padraig Harrington, Michelle Wie, Suzann Pettersen and Matteo Manassero also played a key roles.

An important thing to note is that golf isn’t a permanent feature of the Summer Olympics yet. The IOC has only voted to reinstate the sport through the 2020 Games at Tokyo. The IOC will re-assess golf’s return and vote on whether to keep the sport as part of the Olympic program or not.

This time around, the men and women golfers will play 72-hole individual stroke play formats, so it’s not much different than the week-to-week grind of the professional tours. The Olympic event is limited to 60 players in both the men’s and women’s tournaments.

Both the men’s and women’s competition have participants from 34 countries – including countries known more for Olympic hockey than golf, such as the Czech Republic and Russia.

In the men’s tournament, the United States leads the way with four participants, Bubba Watson, Rickie Fowler, Patrick Reed and Matt Kuchar. On the women’s side, Stacy Lewis, Gerina Piller and Lexi Thompson will be representing the United States.