Paul Casey shot a 6-under 65 on Sunday to capture the 2018 Valspar Championship, ending a nearly nine-year winless drought on the PGA Tour.

Starting the day five back, Casey shaved a shot off his deficit with a birdie on the par-5 first hole. But after a dropped shot on No. 3, the Englishman had just 15 holes to play, and was still five behind Corey Conners, and even more daunting, four back of Tiger Woods and Justin Rose – all of whom had yet to tee off.

After the 40-year old Arizona State product reeled off three birdies over the next four holes (Nos. 4-7) to get to 7-under par, a win by Casey still seemed remote at best.

But when he strung together a hat trick of gains on Nos. 11, 12, and 13 to reach 10-under par, you couldn’t help but notice Casey’s name as it was sitting atop the bright boards situated all across the Innisbrook grounds. And when he made his way through Copperhead’s vaunted Snake Pit unscathed, the clubhouse leader was Paul Alexander Casey.

“And until it got down to really 12 onwards then it was serious stuff but until that point it was very much a very nice Sunday afternoon.”

Still, the leaderboard was congested and Casey’s lead seemed to be on shaky grounds. Surely Woods and/or Rose would post a 2-under 69 to match the 10 under score.

Casey, in fact, figured someone would reach 11-under par.

“I expected guys to continue to make birdies. I think when I finished I expected somebody to kind of get to 11 because there were still a couple of par-5s to play and then sitting down in he locker room watching the last three holes, yeah, it’s rubbish, can’t stand it,” said a smiling Casey.

“It’s the only time I’ve ever felt that way was maybe a Ryder Cup where you’re watching your teammates and you’re rooting for your teammates. Now I know what my family goes through (laughter).” 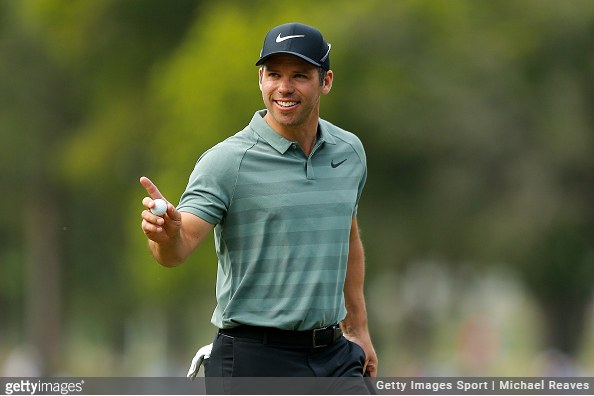 But none could. Especially Conners, who posted a stunning 6-over 77 to drop to T16 at 3-under par.

Young Sam Burns made a run and was 8-under par through 14 holes, but his round was bitten at the aforementioned Snake Pit, where he finished triple bogey-par-bogey to sign for a 4-under par.

Patrick Reed seemed to have the best chance to meet Casey in a playoff. The man known as Captain America was thriving off the Ryder Cup atmosphere at Innisbrook, and arrived at the par-4 18th tied at 10-under par. After a 309 yard drive and a safe approach, Reed was looking at a 43-footer for the win or a two putt for a playoff.

Instead his birdie putt never reached the upper deck, and came rolling back to the same exact spot where it started. A chip shot and tap-in later, Reed walked away with a stunning bogey to fall back to 9-under par.

The two big guns, meanwhile, remained in neutral, as World No. 5 Rose, possibly distracted by a struggling Conners, had nothing all day, and signed for a 72 to finish 7-under par. 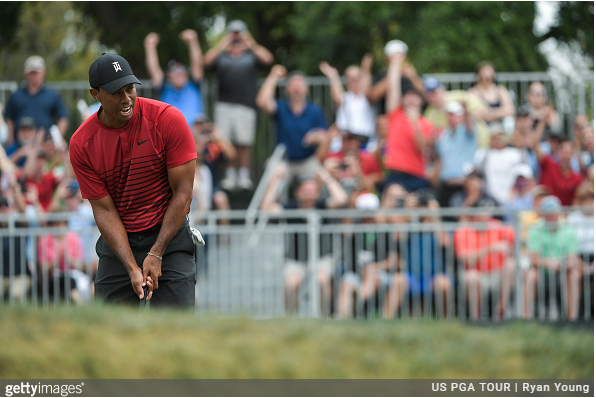 Woods, on the other hand, didn’t play poorly, but seemingly played not to lose, and did just that. He lost.

A 44-foot bomb on 17 to reach 9-under par provided some late drama, but Tiger again played it safe, opting to go with a 2 iron off the 18th tee which flew 257 yards, and left him 185 to the hole. After his 36 foot birdie attempt fell a couple feet short, Casey had his first Tour victory since the 2009 Shell Houston Open.

“It’s been too long. Very satisfying. Probably more satisfying the fact that it was on a week where Tiger played some good golf and got to see some amazing stuff and hear the roars and it just was a great week, the buzz, everything about it, the course. I loved it,” said Casey.

“I played great. I couldn’t be happier. Really a flawless week from start to finish, with some errors.”

“I’ve reached a very good place in my life where I’ve got a wife and kids and life is very, very good. I’m content with the life I have that I built. Obviously massive part of that is playing golf, it’s what I love to do. It would be a big piece missing if I wasn’t to continue to play great golf and maybe win golf events.

It would be the thing I would always give up and put my family first. To get a victory, another victory it is very much icing on the cake and kind of fills that void and makes me even happier. I was happy before but just happier.”
– Paul Casey