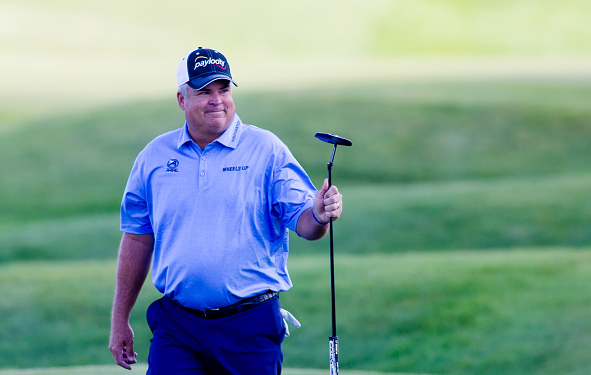 Paul Goydos fired a tournament-record 60 in the second round of the 3M Championship, and will head into Sunday’s final round tied with first Kenny Perry and Gene Sauers at 14-under.

Goydos, who shot a 59 at the 2010 John Deere Classic, finished his bogey-free round with 10 birdies and one eagle. He recorded 16 one-putts and just 20 putts overall. 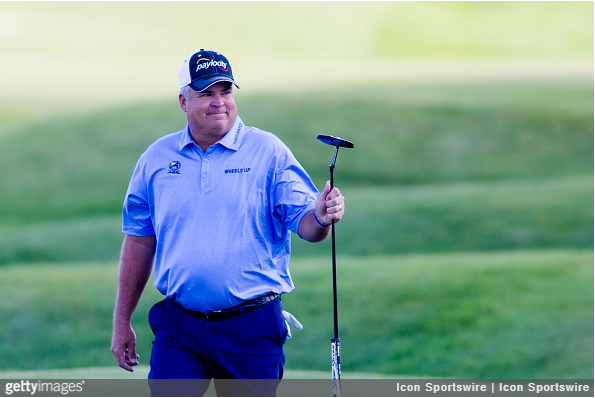 Perry, a two-time winner in Minnesota, shot his second consecutive 65, while Sauers posted an 8-under 64.

Defending champion Joe Durant, along with Colin Montgomerie, headline a group of seven players tied at 11-under.

“It was funny, the first day I had everything going, birdied the first six and I’m thinking I’m going to shoot 58 or 59 and struggled coming in to shoot 7 under. Today I felt like I didn’t have much, I couldn’t really hit my driver solid, but I was hitting my irons nice and made some nice putts so I ended up shooting the same score so that’s kind of funny.”