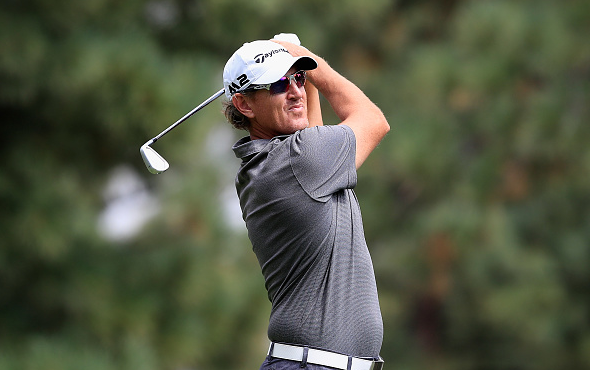 Greg Owen shot a score of 14 on Saturday at Montreux Golf and Country Club, and will take a five-stroke lead into Sunday’s final round at the Barracuda Championship. 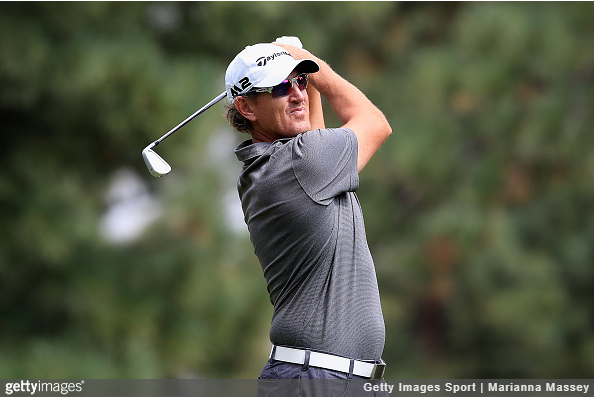 The 45-year-old Owen was struggling early in his third-round in Reno with just a single point through six holes. But starting on the par-three 7th, the Englishman went on a tear, recording four straight birdies (7 through 10), and four more over the next six to reach 17 points after 16 holes.

An untimely double-bogey on 18, though, resulted in the journeyman dropping three points, and signing for a scorecard of 14 points, one shy of the tournament-low 15.

Despite the disappointment of the final hole, Owen brushed if off and was thankful it wasn’t worse.

“It’s one hole, isn’t it. It could have been an 8, 9, 10 or whatever it could have been. It’s three points. It’s no big deal,” said Owen, who is still searching for for his first career win. “I’ve played well, so I’ll just keep playing, and hopefully that stuff won’t happen again.”

Five back, at 32, is Australia’s Stuart Appleby, who finished with 8 points on the day, following two opening rounds of double digits (10, 14). Also at 32 and tied for second is Derek Fathauer (11).

Ricky Barnes is alone in fourth at 31.

The 36-year old Barnes was treading water for his front-nine, making the turn with just a pair of birdies and bogeys (2 points). On the home stretch , though, it was a different story, as the California native turned on the jets, and recorded seven birdies over his final nine holes, including one on 18 to post the day’s best round of 15.

Second round leader, Richy Werenski, who posted a tournament-best 15 points on Friday, struggled for much of Saturday, and finished with just four points. The rookie from Massachusetts is tied for fifth with Tom Hoge (10), Ben Martin (7), and Dicky Pride (7).

“You know, I mean, PGA Tour, it may be an opposite field event, but it’s still a PGA Tour event. I’ve won in Europe. I’d love to have this on my resume just to say I can do it. I know I can do it, it’s just doing it. It’s a case of don’t want breaks like that on the last day. I honestly hit that ball thinking it’s perfect, and you end up dropping three points, but still in a good place.”