Set on the rolling foothills of the Santa Cruz Mountains, surrounded by picturesque vineyards, CordeValle Golf Club is the host for this week’s US Women’s Open. This is only the third time in the Championship’s history that it’s being held in California, and the first time in the Bay Area. 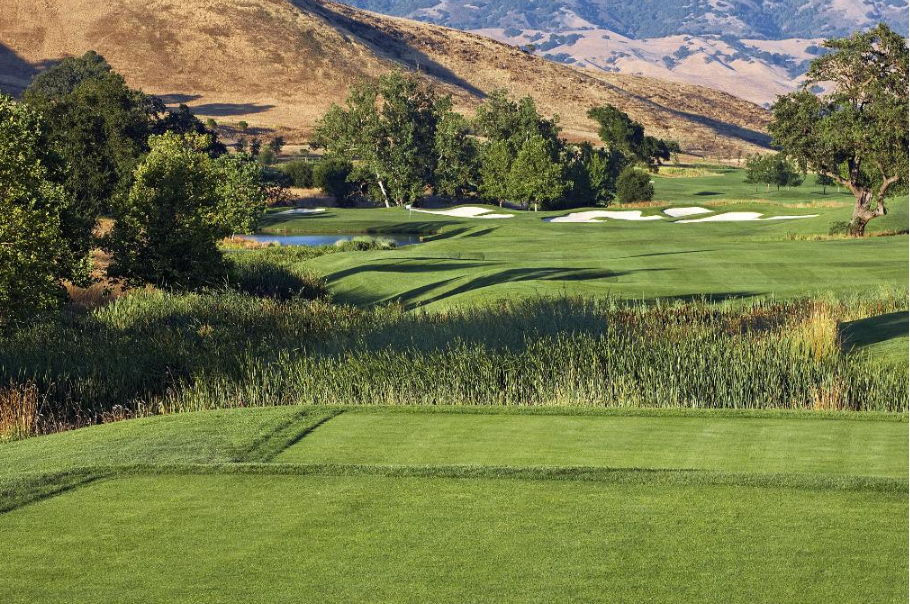 The USGA has always had a different strategy to promote the game when it comes to Women’s golf and this week is no different.

Unlike the Men’s US Open, the Women’s US Open is more often than not hosted at courses most of us would not be familiar with. Hard core golf fans might be familiar with this Robert Trent Jones Jr. design, which served as the host of the PGA Tour’s Frys.com Open from 2010 through 2013.

CordeValle will play to about 6,752 yards, a Par-72, for the championship. That’s fairly long for most players competing this week, but factor in the elevation change (150 feet throughout the 18 holes) around the course, strategy off the tee will be vital. The USGA has also made a routing change to the course to ease crowd flow and will the 4th hole, a Par-4, as the first hole of the championship.

Since the course is set in a valley, the wind will play a crucial role and as such, shot-making will the key this week. Some of the greens rise-up steeply towards the back or fall-off severely from the front. This will cause a lot of players to use the natural slope of the land to maneuver the ball to the hole. The rough is graduated as one would expect but is extremely inconsistent this week, owing to weather conditions. Unlike Oakmont, which was suited towards the long-hitters, this is one course which is not suited for one type of a player.

We rounded up some tweets from the USGA to give you a hole by hole look at CordeValle.

CordeValle is no Pebble Beach but it will provide a stern challenge for the biggest prize in Women’s golf.