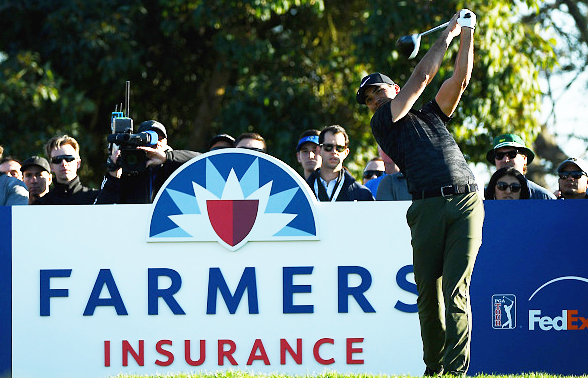 After its second-straight overtime finish, the PGA Tour travels 150 miles southwest, from the Palm Springs desert to the San Diego coast, for this week’s Farmers Insurance Open at the venerable Torrey Pines Golf Course. 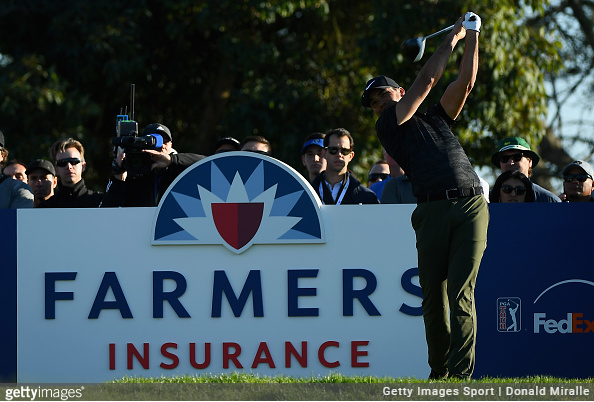 The long-running tournament, the fourth of the seven-event “West Coast Swing,” provides yet another opportunity for the players to rack up some early-season FedExCup (and Ryder Cup) points.

The field in La Jolla, California is headlined by defending champion Jon Rahm – fresh off a win at the CareerBuilder Challenge.

In addition to the newly-minted World No. 2, the 156-player field will also include superstars such as Jason Day, Rickie Fowler and Tiger Woods, who will be making his first official Tour start since this event last year.

The Farmers Insurance Open, originally called the San Diego Open, has been a part of the PGA Tour since 1952, with this year’s edition being the 65th all time. 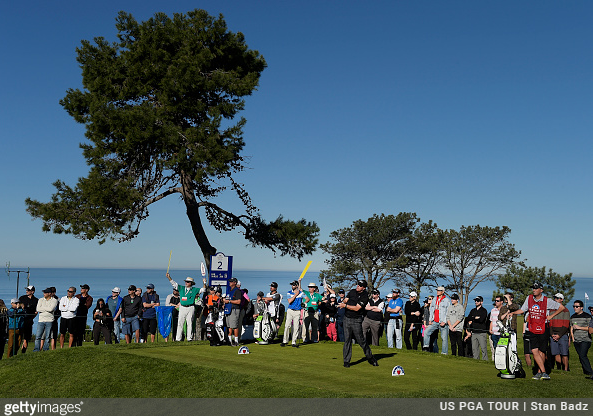 Woods has won an unbelievable seven times, easily the most of anyone in tournament history, with native son Phil Mickelson next with three titles. Woods also captured his last of 14 majors at Torrey Pines, winning the 2008 U.S. Open against Rocco Mediate in a playoff.

The tournament was hosted for more than 20 years by Andy Williams, with the singer’s name appearing as part of the title from 1968-88. It is also believed to be the favorite tournament of Nelson Muntz of Simpsons fame.

Jon Rahm began the final round just outside the top 10, three strokes behind leaders Patrick Rodgers and Brandt Snedeker. The young Spaniard’s front nine was respectable: he bogeyed the first, but birdied 3 and 5 to go out in 1-under. 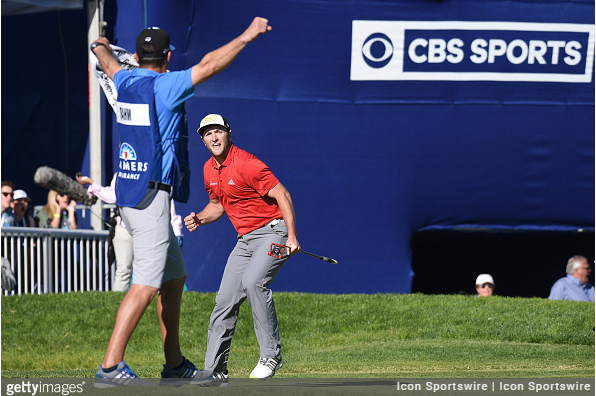 Rahm absolutely exploded, though, at the turn, playing a bogey-free back nine that included two eagles, with his insane putt on 18th being the exclamation point. That putt separated him from the group and led to a feeling that the tournament was over.

The former world No. 1 amateur finished with a 7-under 65 to claim victory by three strokes over Charles Howell III and Chinese Taipei Olympian Cheng Tsung Pan.

The field this week at Torrey Pines is headlined by a pair of legends in Woods and Mickelson, along with defending champion Rahm.

At No. 2, Rahm is the highest world-ranked player in the field. 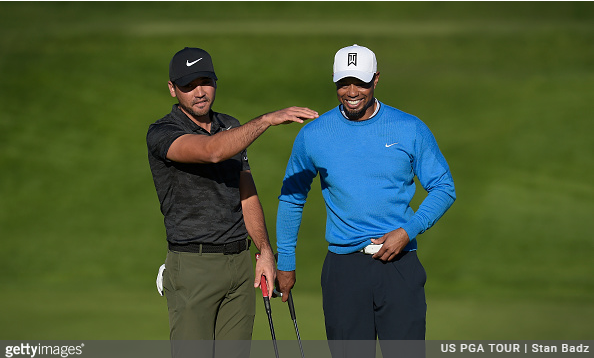 In addition to Rahm, the field at Torrey Pines also includes former winners in Brandt Snedeker (2016) and Day (2015), among others.

Major winners Keegan Bradley, Jimmy Walker, and Stewart Cink are some of the other familiar names.