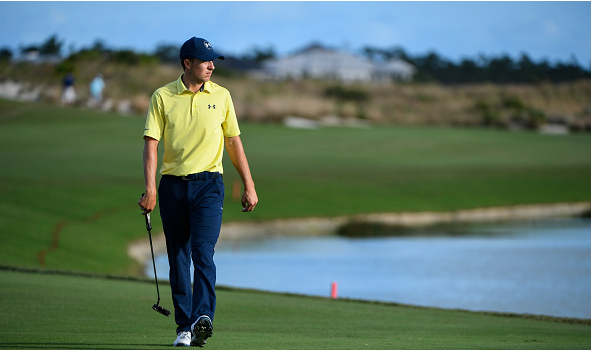 A look at some of the top quotes from the top players after the second round of the Hero World Challenge in the Bahamas, where Charley Hoffman leads by three shots. 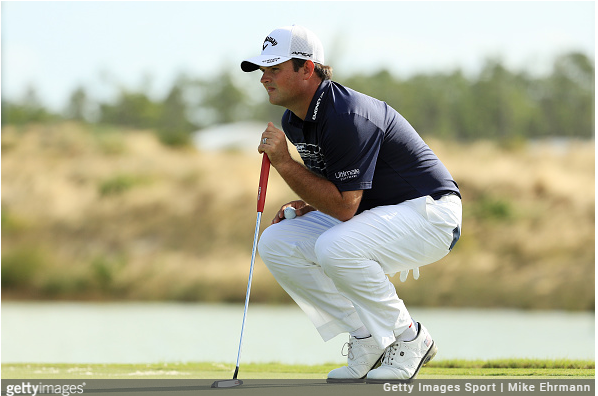 People are already looking at that Sunday match-up, how great it would be, you two (Tiger Woods) in the final pairing.

REED: Well, my outfit this week on Sunday is red and black, so I’d hate to have to spoil the new generation coming in in red and black and taking over the Big Cat. We’ll have to wait and see. (laughs)

Normally when you’re lighting it up on the golf course like you are and you’re bogey free going to the 18th tee, a crowd starts to gather, but because he’s here —

REED: Never. When Tiger Woods is in the field, you can expect two people walking with you and they’re usually family members. And besides that, you can just know that all right, everyone else is going to be around Tiger, especially when it’s a small venue, small place, not that many people coming out just because it’s not like in the States where people come from anywhere. There’s not a huge population that can come in and watch you play golf over here. 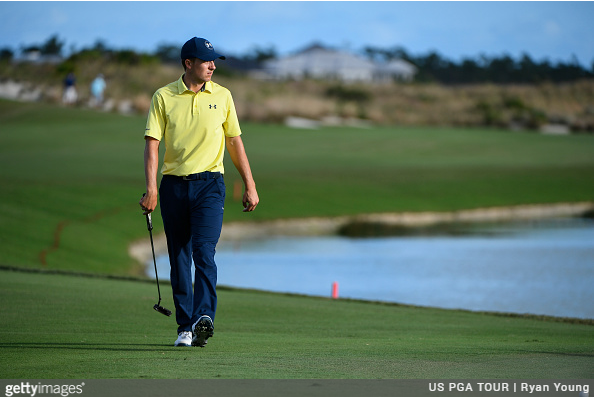 What was the sensation of watching that name Woods climb the leaderboard?

SPIETH: Yeah, it was cool. I mean, I can’t say it’s surprising for how confident he seemed and how confident from how I’ve heard him talk to y’all and to us. He believes that’s where he should be, so I don’t think anybody should be really surprised. He’s another player in this 18-person event that at the end of 72 holes you try and have the low score.

From the time you left the Presidents Cup until coming back from Australia, did you introduce anything new into your game?

SPIETH: No, no, just the same old, same old, go through all the statistics for the year. Now I’ve got five years of information, pretty detailed information that I can — I think over five years you can agree that you start to see trends in your game and if you can move those trends. Say my driving accuracy’s been around 60 percent average, my best has been 65, my worst 57, but it’s always around there.

If I can move that to 63, 64, one more fairway a round, I start to see these trends and we work specifically on that part of the game, whether that’s an actual execution of a driver, so hitting a lot more drivers working on the ball flights, or it’s decision-making off the tee and positioning, which I would consider a strength of mine, so it’s more of the execution for me. So I haven’t introduced anything new. It’s been where are these trends and how can we improve the average by a small margin that makes a big difference the first of the year. 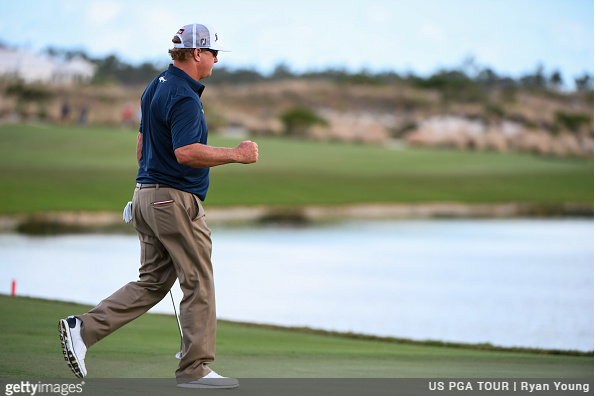 Is it a little bit more relaxed than normal weeks?

HOFFMAN: Yeah, you know, I mean, you say that but we all come out here and we want to beat each other. So the guys that are going to be trying to win the golf tournament are there, they want to win. We get our juices going. But it is a different week than a couple more events than usual that we have to go attend. It’s nice getting these late tee times day in and day out and spending the morning with the family and working out and it’s definitely a good spot to be.

Have to bring it up. Speaking of one of those guys trying to win the golf tournament is Tiger, who was in the lead after nine holes today and in good shape going into the weekend. What’s that mean to the players this week?

HOFFMAN: Oh, I mean, to be completely honest with you, I said at the beginning of the week I hope he wins. It’s great for the game of golf. Hopefully I can stop him from winning this week, but anytime he’s in contention or even playing the golf tournament brings a buzz to golf that we all need. We need him out here, we want him out here. First and foremost, I just want him to be healthy for the rest of his life. 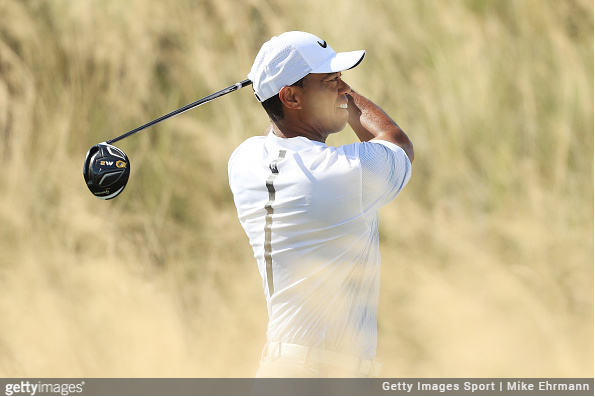 WOODS: You know, it’s just — I guess they’ve got to come up with some kind of story. I just wanted to go out there and just play, compete. As I told you guys earlier this week, didn’t know what to expect because I hadn’t played, I hadn’t competed, I haven’t had a fused back before in my life.

These are all new things. As you can see that even with the fused back, I still have some speed out there and these are all things I’ve had to learn and will continue to learn. This is a new body that I’m getting used to.

Tiger, will the next two days also be about getting to know your body?

WOODS: It’s going to be a while. I mean, this is not something that just happens overnight. I’ve learned a lot of things since my surgeon said go ahead and start swinging full. Still, there’s a lot more to learn.