Hideki Matsuyama fired a 6-under 66 on Friday in the second round of the Hero World Challenge and sits at 7 under for the tournament. 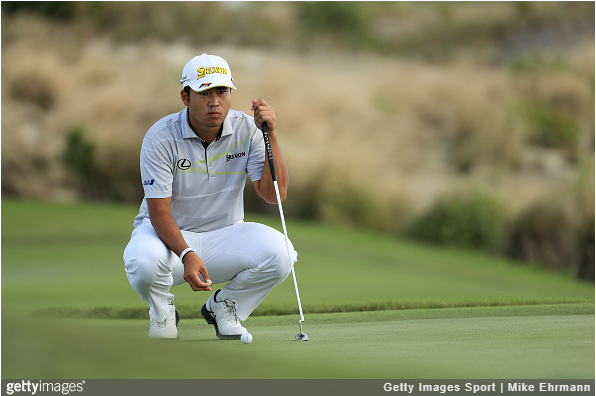 It could have been four strokes worse had he been penalized following a chip shot that was being described by the Golf Channel as an infraction.

On the final hole, the Japanese star’s chili dip fell well short of the green and as the ball started to roll back towards his divot, Matsuyama is shown hurrying to repair the divot.

In the end, the ball stopped short of the fixed-divot, but according to the broadcast team on the Golf Channel, Matsuyama still could have been assessed a penalty for attempting to intentionally improve his lie.

During the “controversy,” the Golf Channel feed showed Mark Russell, the PGA Tour’s Vice President of Rules and Competition, speaking with Matsuyama and his interpreter on the range to determine if there was intent.

According to Russell, as relayed by the Golf Channel, “Matsuyama said he did not with intent try to improve the lie. He didn’t even know he tapped the ground, he said he was totally unconscious of that.”

LET’S GO TO THE REPLAY