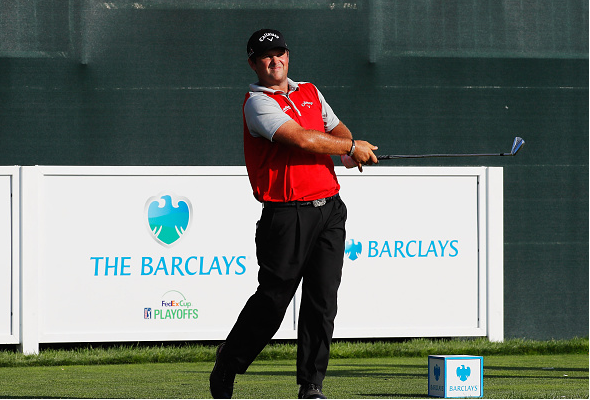 At arguably the most difficult course on this year’s PGA Tour schedule, Patrick Reed has put himself in position for some great things. Reed shot a second round 3-under 68 to extend the lead he captured yesterday.

Reed leads by two strokes over Emiliano Grillo and Rickie Fowler. If Reed holds on and wins, he will go to #1 in the FedEx Cup standings, he would secure a Ryder Cup spot, and would add his first win onto a year where he has finished in the top 10 nine times.

Playoffs Are Over For These Players

Patrick Reed got out ahead in round 2 the same way he got ahead in round 1: early birdies. For the second day in a row, he took advantage of the easier early holes, going -4 over his first 7 holes. He played the rest of his round over par, but did well enough to hold a two stroke lead.

Defending FedEx Cup Champion Jordan Spieth shot a disappointing round of even par yesterday, but today was another story. Spieth double-bogeyed his first hole, but then caught fire on his back nine (which was the front nine), playing holes 2-7 and five-under par. He is currently tied for fifth place. The low round of the day was shared by Jason Kokrak and Jamie Lovemark, who shot five-under 66s the day after shooting three-over 74s.

Jonas Blixt, whose season has not been anything special, was T7 after round 1, but took the biggest tumble of anyone in the field today. His three-over 74 dropped him to a tie for 39th. However, he is still well within the cut line, and coming into the day at #100, that is likely enough to move him to round 2. With a four-over 75, Sung Kang had the worst round of anyone who made the cut. Starting the week at 122nd in the standings, Kang is only projected to reach 113th, so he will need a good weekend.

With this being the final week of automatic qualifying for the U.S., a number of players in the field are coveting a spot in the top 8. Rickie Fowler is currently 12th in the Ryder Cup standings, but at T2 he is making a run at #8. J.B. Holmes, the current #9 has missed three consecutive cuts and appeared to have righted the shift with a 67 yesterday, but a one-over 72 pushes him back to T10 for the tournament.

It is unclear how Holmes would stand as an option for a Captain’s pick if he does not qualify automatically, so he needs to find his round 1 form in rounds 3 and 4. Bubba Watson, who looked like a Ryder Cup lock at one point, has plummeted to 10th in the Ryder Cup standings, and did not help himself today, shooting a three-over 74. He made the cut on the number, but is 11 strokes out of the lead. Matt Kuchar, 11th in the Ryder Cup stndings (+1) and Zach Johnson, currently 7th (E) are in that mix as well.