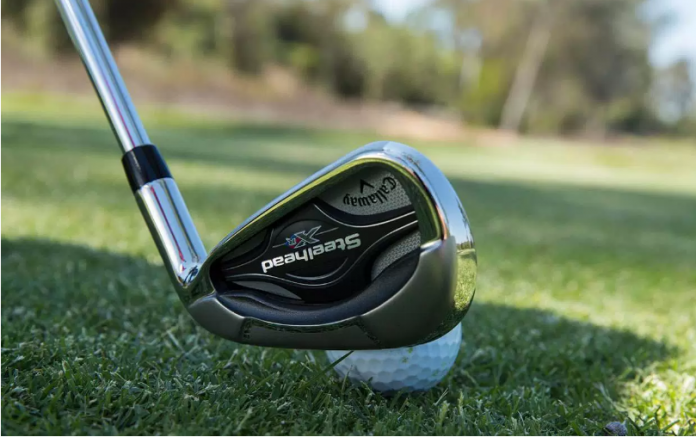 With the launch Callaway Steelhead XR Irons, Callaway looks to recapture the magic of one of their most popular irons. 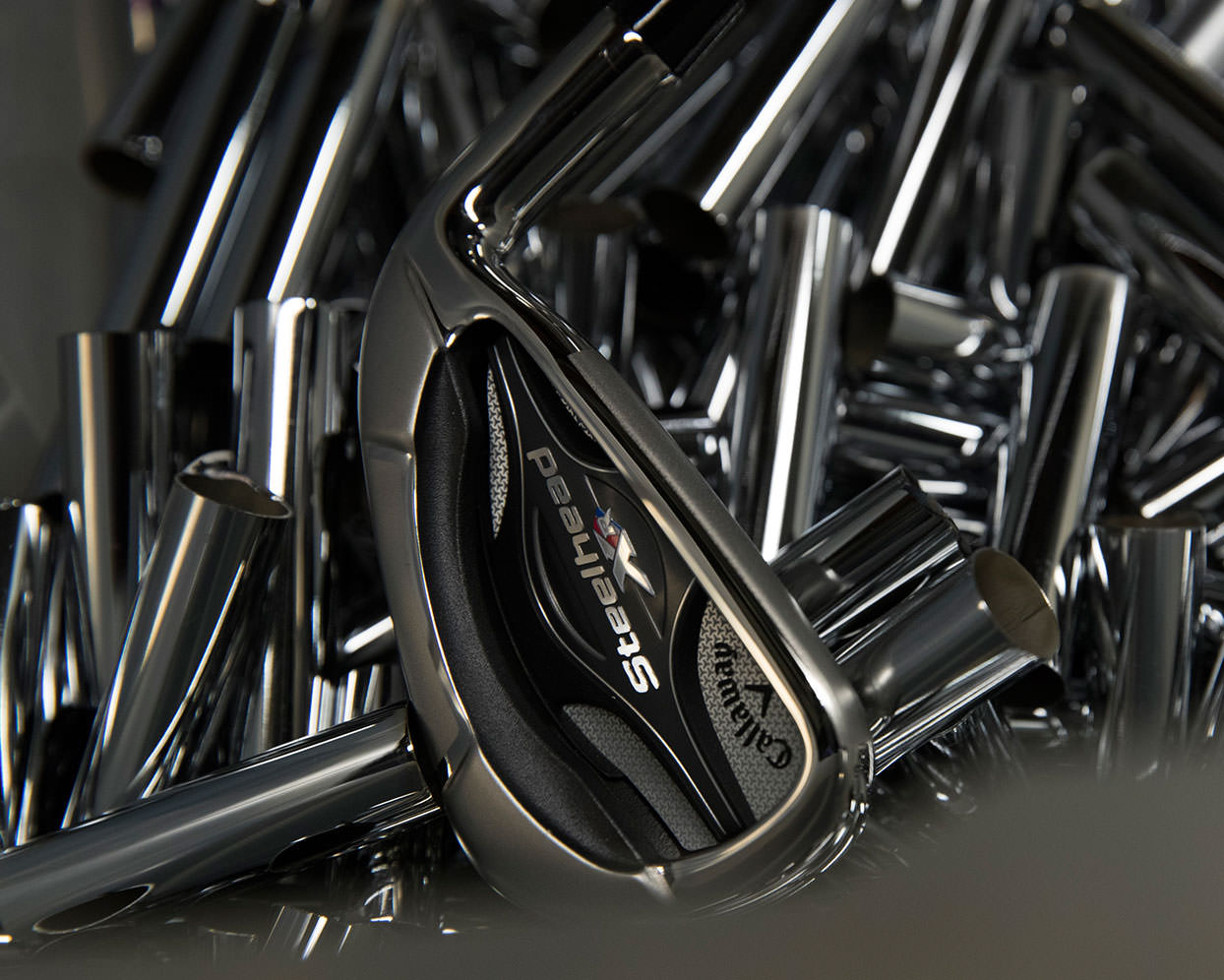 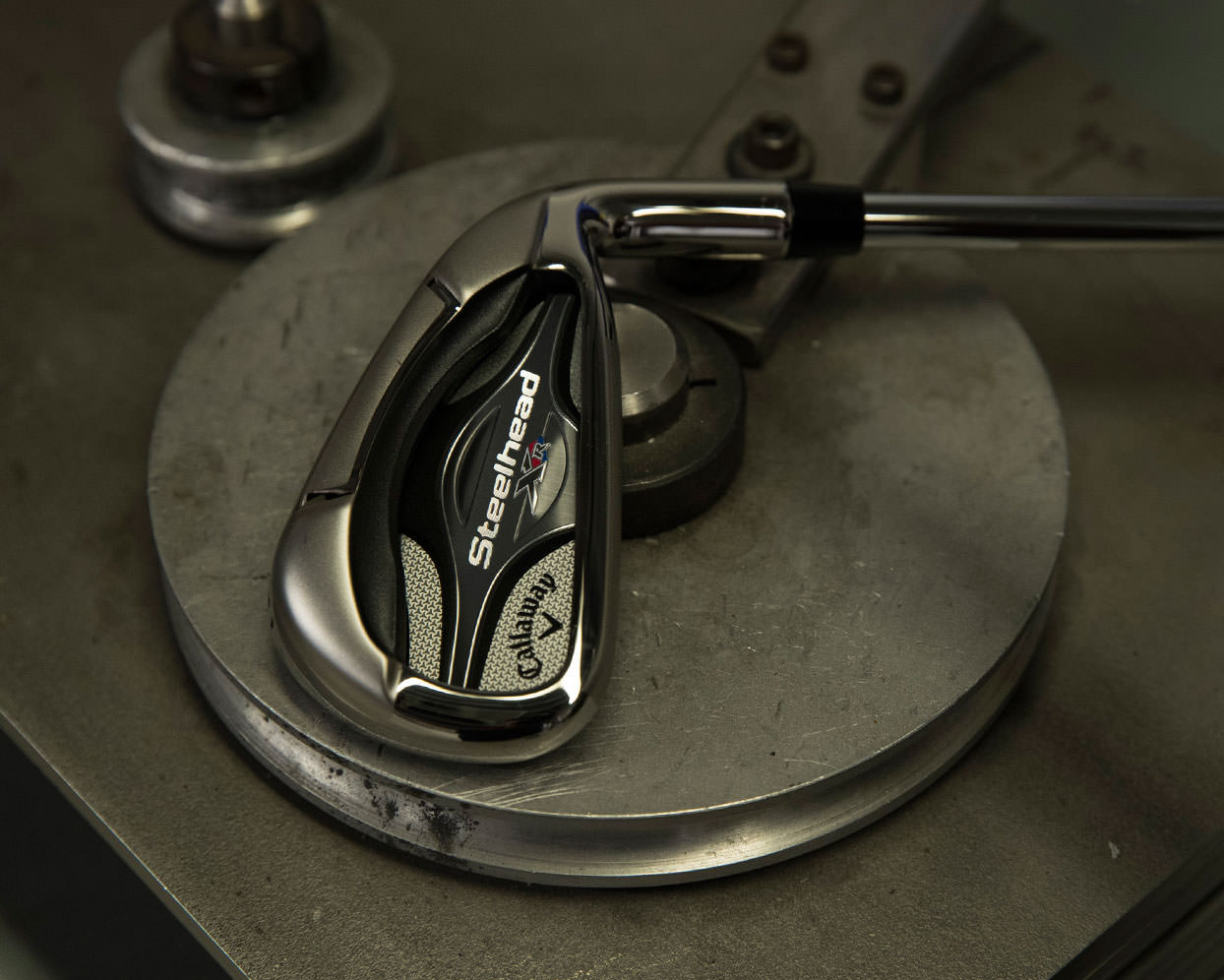 Just like the re-make of Big Bertha, Callaway has gone back in time, used an ever popular club for inspiration and combined it with modern technology, to bring to the market the Callaway Steelhead XR Irons.

The newest addition to the XR family, the Steelhead XR Irons combine the shaping and playability that made the Steelhead X-14 one of the most popular irons of all time. 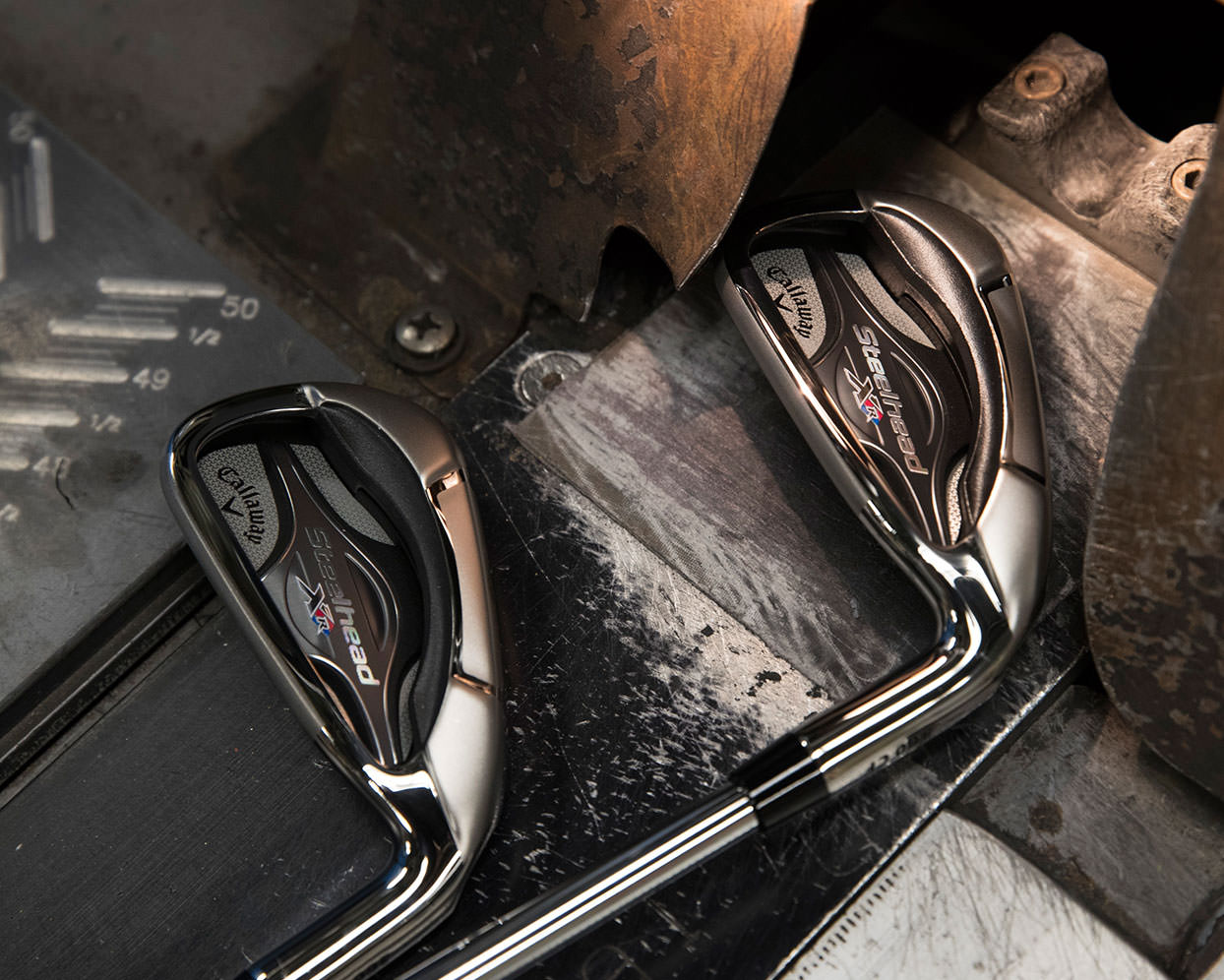 Callaway has paid special attention to some of the design aspects of the original Steelhead Iron, including a slightly longer blade length, a slightly more rounded toe and the signature hosel-to-face transition.

The next-generation 360 Face Cup technology that Callaway uses increase ball speed with greater efficiency on both center hits and mis-hits for distance on every swing. 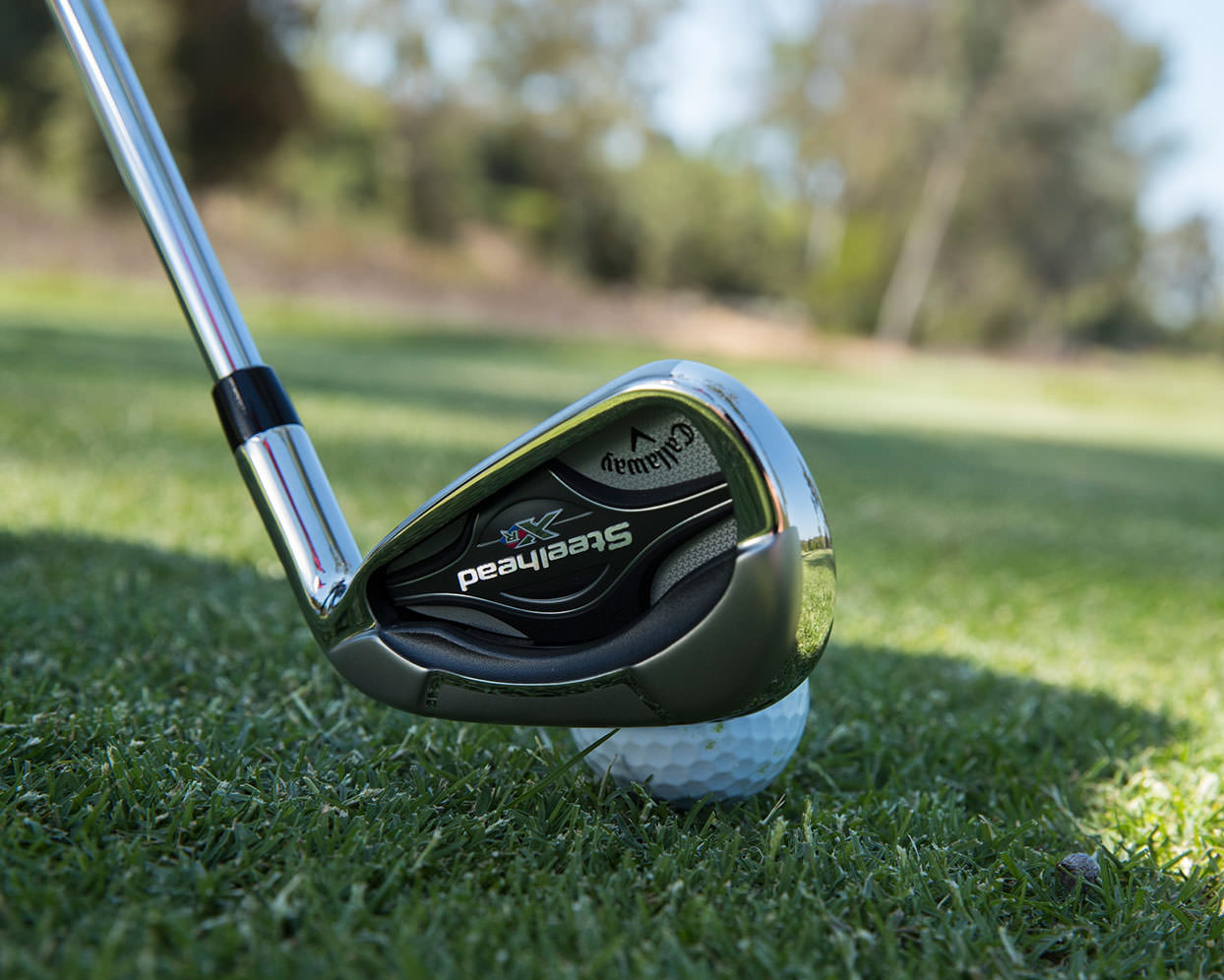 The Steelhead XR Irons has a bar of steel-infused soft urethane layer positioned behind the lower portion of the face which not only dampens the vibrations on mis-hits but also lowers the center of gravity for faster ball speeds.

The hollow Bore-Thru hosel design saves significant weight that’s repositioned in strategic places in the head to create more forgiveness and easier launch. The CG is positioned strategically in each iron to promote easy launch and long carry in the long-irons, easy launch and keen control in the middle-irons, and lower and high-spinning shots in the short-irons. 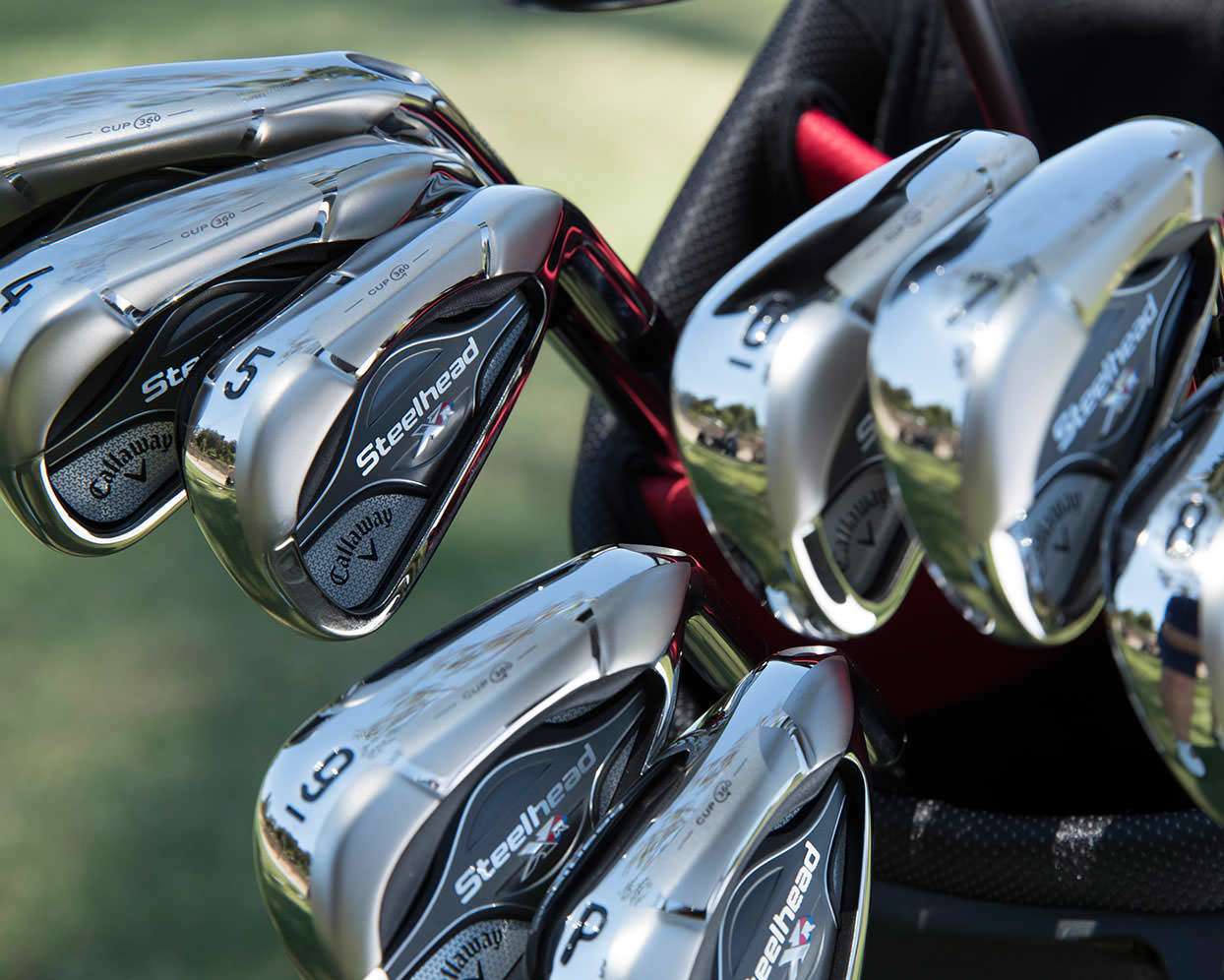 As Dr. Alan Hocknell, SVP of Research & Development puts it perfectly, “Put it all together and you have an iron that delivers the finest combination of speed, forgiveness, distance and control to ever emerge from the Callaway R&D department. For a brand with Callaway’s history of innovation and performance, that’s saying a lot.”

The Callaway Steelhead XR Irons will be available for purchase from Sept. 2, $800 for steel shafts and $1,000 for graphite. Lofts range from 3-Iron to Lob Wedge.