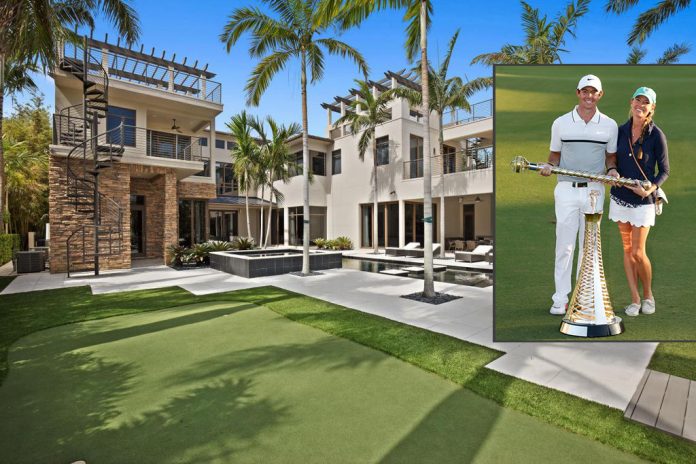 Rory McIlroy has placed his Palm Beach Gardens (FL) house on the market for a mere $12.9 million. If you don’t have the full $13 mil hanging around, fear not, you could put down $2.5m, and mortgage the rest for just $48,000 per month over 30 years, according to Zillow.

Per a report at the website Balls.ie, McIlroy recently moved into the old home of Ernie Els, and no longer needs the 6-bedroom/9-bath grand property he purchased in 2013 for $9.5 million.

Recently married, Rory and Erica McIlroy’s new home is said to be “more fitting for a couple expecting children,” according to a source.

In addition to the six bedrooms and nine bathrooms, the 28-year old superstar’s old home is equipped with a full gym, billiards room, custom pool and practice putting green (which he hasn’t been using lately, apparently).

McIlroy, who struggled in 2017 – going winless for the first time since his 2008 rookie year, will make his 2018 debut next week in Dubai.