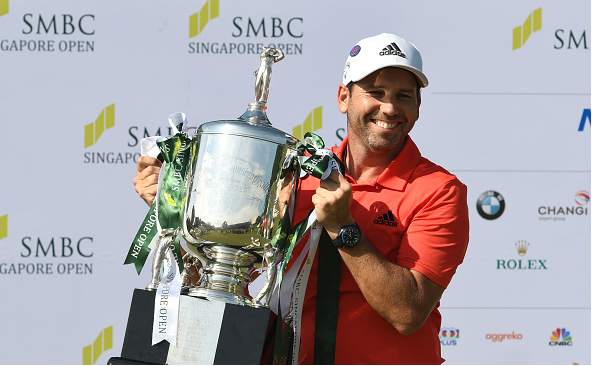 Sergio Garcia shot a final-round 3-under 69 at Sentosa Golf Club to capture the SMBC Singapore Open by five shots. 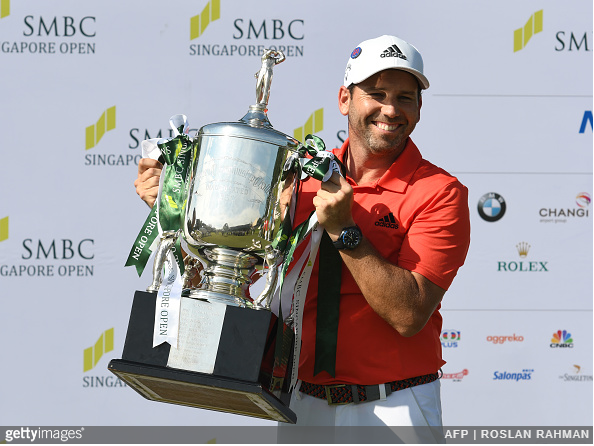 Forced to play 27 holes on Sunday, due to weather delays during the opening three rounds, Garcia finished all 27 bogey-free, en route to a four-round score of 14-under 270.

“I played nicely but it wasn’t easy,” said Garcia, who will earn 28 world-ranking points for the win. “There were some very challenging holes but I played very well and then was just steady on the back nine to make sure I wasn’t making any bogeys.

“It was a great week overall. You still need to hit a lot of good shots to do well here and I was able to do that. Hopefully I can ride on this momentum.”

Japan’s Satoshi Kodaira (71), and South African Shaun Norris (70), shared second place on 9 under after both birdied the final hole.

Thailand’s Danthai Boonma, the co-leader heading into Sunday’s final 27 holes, struggled to a 73, settling for a share of fourth with fellow Thai Jazz Janewattananond (71) on 8 under.

By virtue of their fourth-place finish, the two Thais earned a spot in the 147th Open Championship in July, as part of The Open Qualifying Series.

A third invite went to American Sean Crocker (69), who tied for sixth, alongside Australian Open champion Cameron Davis (70). Australia’s Lucas Herbert, who finished tied for eighth on 6 under, got the final ticket to Carnoustie.

“It’s always great to start with a win, to do it here at this golf course against a good field in Asia on conditions that weren’t easy. Hopefully I can ride on this momentum.”
– Sergio Garcia