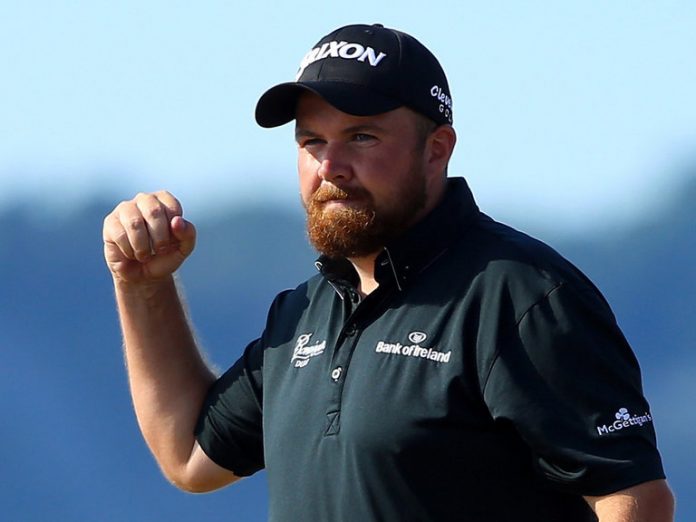 Lowry was already in the clubhouse with a horrendous +7 when he let this tweet go moments after Phil Mickelson missed his putt on 18 that would have given Lefty a record 62.

The putt that that epitomizes Phil Mickelson's career. Outstanding yet frustrating. #TheOpen pic.twitter.com/BoBoTC43R5

That was big for me there. I would have never been able to come back from 16 behind. #phil

A terrific attitude from the Irishman after his poor round. Laugh it up, dust yourself off, and get back to it in Round 2.

As for Phil, all eyes were on him as he attempted his putt on 18 that would have given him a 62 and the record for lowest score in a major. He came within a centimeter of making it after the ball lipped out.

Still, he walked away with a 63 after a scorching hot Round 1 and sits atop the leaderboard.

It was just too much for Phil's caddie. #TheOpen pic.twitter.com/tmeO76iS1Y