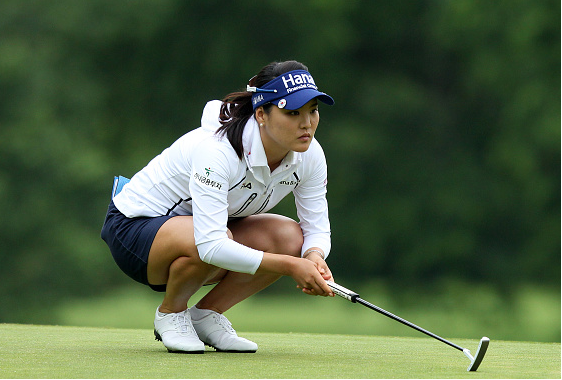 Following up on our Power Picks for the 2016 US Women’s Open at CordeValle, here are this week’s Sleeper Picks.

With 22 professional victories, including the 2007 Women’s PGA Championship and the 2013 Evian Championship, the 35-year old Norwegian is coming off a 3rd place finish last week at the Cambia Portland Classic. She finished T-10 at the ANA Inspiration and T-12 at the KPMG Women’s PGA Championship this year. CordeValle is a course which should definitely suit her game.
Rolex Ranking: 17
Race to CME Globe: 23

Runner-up to Michelle Wie at Pinehurst two years ago, the 31-year old finished T-3rd last year at this event. Winless for 24 months now, her runner-up finish to Brooke Henderson last week gives her some much needed momentum coming into this week. She has five Top-10s this season.
Rolex Ranking: 8
Race to CME Globe: 6

The 2015 Champion is looking forward to become the first player since Karrie Webb (2000 – 01) to win back-to-back US Women’s Opens. Winless since her triumph last year, she does have six Top 10s this season, with three of them being 2nd place finishes – including the ANA Inspiration earlier this year where she lost by a single shot to Lydia Ko.
Rolex Ranking: 6
Race to CME Globe: 12

Another young-gun, 20-year old Hull is making her second US Open start. She will be looking to go one better than her runners-up finish to Lydia Ko at ANA Inspiration earlier this year. In 2013, she became the youngest player to compete at the Solheim Cup matches, famously beating Paula Creamer 5&4.
Rolex Ranking: 26
Race to CME Globe: 16