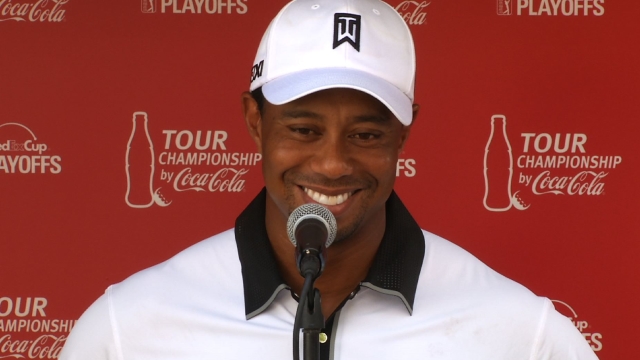 According to a report on ESPN.com, per Darrell Rovell, Tiger Woods will be debut his new partnership with Coca-Cola at the Hero World Challenge this week.

Rovell reported that Woods will have Coke’s ‘Monster Energy’ brand emblazoned on his bag for his long-awaited return to action in the Bahamas.

On Sunday, Rovell first reported that an unknown “big beverage” company would be on Woods’ bag.

Sources: @TigerWoods will debut new logo on golf bag in return this week. Told it's a major deal with a big beverage brand.

He then followed it up with a full report per his sources inside the Woods camp.

Tiger Woods will return to competitive golf after a 15-month hiatus with a new sponsor.

Sources told ESPN that Woods will debut a Monster Energy logo on his bag at the Hero World Challenge, his foundation’s 18-player tournament in the Bahamas this week.