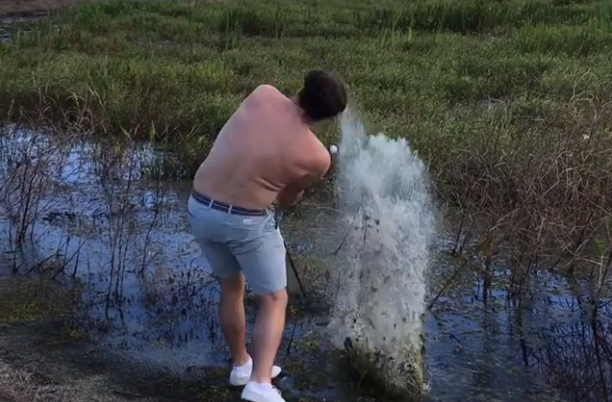 PGA Tour pro Tom Lovelady was nearing the end of an off-season match against reigning Player of the Year Justin Thomas, when he made a bold move that gave him his first headline of the year.

Playing the Medalist Golf Club in Hobe Sound (FL), the former Alabama teammates were apparently wagering some big “denominations” (as Tiger calls it) based on the video below.

After landing in a hazard on No. 17, Lovelady, opting not to take an unplayable, removed his shirt and played the ball as it lied… in the drink.

Thomas, cracking up laughing, took a video of a shirtless “T-Love” nailing a perfect shot back onto fairway.

Sometimes the money games require some serious decisions… @tom.lovelady made the most of this one on 17 at Medalist ?? #gainz