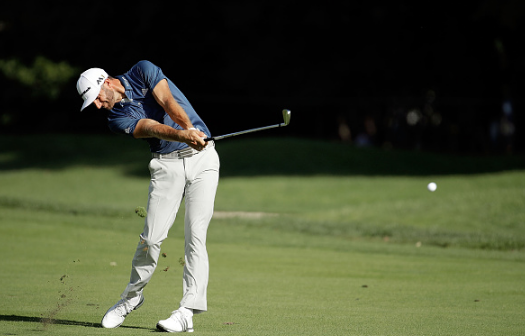 The Top 5 players entering the TOUR Championship control their own destiny. If any of them win at East Lake in Atlanta, the FedEx Cup trophy, and the $10 million prize money, is all theirs.

Here is everything you need to know about the Top-5 golfers entering the Tour Championship.

He won his first major at the US Open, followed that with a win at the WGC Bridgestone Invitational in his next start and then pounded away at Crooked Stick last week for his third win of the season.

The front runner for the Player of the Year award, Johnson will be hoping to seal off a magical year with a win at East Lake. Johnson is no doubt having a career year and has raked in 14 Top-10’s this season.

Johnson entered the Playoffs ranked 2nd, and got off to a slow start at The Barclays. At the Deutsche Bank Championship, Johnson shot a final round 66 to finish T-8. At the BMW Championship last week, Johnson found himself heading into Sunday with a three-shot lead over Paul Casey. Casey gave a good charge on Sunday, but it was never enough. Johnson won comfortably with a three stroke margin.

Patrick Reed reportedly had some troubles in college, on and off the course, according to a hit piece by Shane Ryan. It doesn’t take long for Google to point us to his college days where you begin to hear stories. Regardless of everything that happened back then, Reed helped Augusta State notch two NCAA Division I Golf Championships in 2010 and 2011.

His “Top 5” comment was mocked initially, but proved to be not far off (#2 heading into the FedEx Cup final). His “shush” at the last Ryder Cup was criticized by the country club set, but became an Internet meme.

Through it all, Reed proved that he can play.

Reed didn’t win this year until the first event of the FedEx Cup, but he did have nine Top-10 finishes in 24 starts before that. He entered The Barclays ranked 7th in the standings, and won at Bethpage shooting a score of 9-under par, which also helped him qualify for the Ryder Cup at Hazeltine.

At TPC Boston, Reed shot under par in all four rounds and finished T-5. He finished T-13 at Crooked Stick, for his 7th Top-15 finish in his previous eight starts.

Over the years, Adam Scott has always seemed as a laid back person. Even so, when the R&A and the USGA decided to ban the anchored stroke, Scott never showed his disappointment.

If there’s one player who has been extremely comfortable with the switch, it’s him. It’s not because he’s putting any better with the short stick, it’s because he’s adjusted well to the change and hasn’t relied on it to do well. His ball striking has been off the charts this year, and is what has brought him all the success this year.

After a disappointing season last year, where he didn’t even make the second Playoff event, Scott should be happy with his performance this year. A two time winner this season, the Honda Classic and the WGC Cadillac Championship in back to back weeks, Scott is coming in with some serious momentum.

Adam Scott entered the Playoffs ranked 3rd, with five Top-10 finishes during the regular season. Scott finished T-4 at Bethpage, and followed that with another 4th place finish at TPC Boston, closing with a final round 65. Last week at the BMW Championship, he shot a final round 71 to finish T-4th once again.

No one can argue that Jason Day doesn’t deserve to be the No. 1 player in the world. Dustin Johnson has made a lot of ground, but 7 victories in a span of 14 months is quite something. The Nike deal has surely made him richer, but a FedEx Cup title will defintely mean much more.

Day is also a serious contender of the Player of the Year award, but anything short of a win, and he can kiss the award goodbye.

Day is also a three-time winner this year, but his final win came in May at the Players Championship. Day also won the Arnold Palmer Invitational and the WGC – Dell Match Play Championship in back to back weeks.

Day entered the Playoffs at the top of the standings and finished T-4th at Bethpage. At the Deutsche Bank Championship, Day never really got going and finished a disappointing T-15th.

He withdrew during the final round at Crooked Stick when he pulled a back muscle on the 9th hole. As of now, Day is scheduled to play the Tour Championship.

The only player in the Top-12 of the FedEx Cup standings, Englishman Paul Casey is going to Atlanta on the heels of two consecutive runner-up finishes. Winless on Tour in over seven years, Casey had ranked 3rd in the world at the peak of his game in 2009.

The last time he came close to winning on the PGA Tour was at the 2015 Northern Trust Open, where he lost to James Hahn in a sudden-death playoff. Two out of his four regular season Top-10’s came at the Majors; a T-4th at The Masters and a T-10th at the PGA Championship.

A 13-time winner on the European Tour, Casey had entered the Playoffs ranked 68th in the standings. After a 31st place finish at Bethpage, Casey led through three rounds at TPC Boston. Three strokes ahead at the beginning of the fourth round, Casey shot 73, finishing runner-up to Rory McIlroy.

At Crooked Stick last week, Casey shot 20-under for the week and lost by three shots to Dustin Johnson.