The Travelers Championship was named the PGA Tour’s “Tournament of the Year,” marking the first time in its long history the Connecticut stop has been so honored. 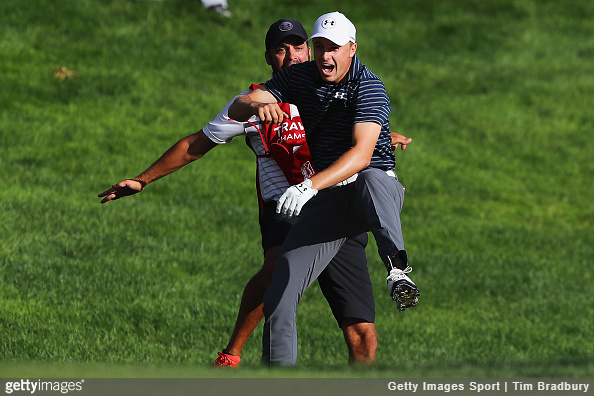 “On behalf of the PGA Tour, I am pleased to congratulate the Travelers Championship for being named the best among its peers on Tour,” said Andy Pazder, the PGA Tour’s Executive Vice President and Chief Tournaments and Competitions Officer. “The tournament team worked tirelessly with its title sponsor on new and innovative ways of improving the tournament experience, and this award is a testament to that.”

Boosted by one of it’s strongest fields in recent memory, which included the likes of Jordan Spieth, Jason Day, Rory McIlroy, and Justin Thomas, the Travelers set records for attendance, sales and fan engagement, en route to its first TOY award.

“We are incredibly honored and humbled to be named ‘Tournament of the Year,’ which reflects the selfless work by our volunteers and the support of the Tour, its players, our sponsors and fans,” said Grube. “What took place at TPC River Highlands this year will go down as one of the most exciting in tournament history. We’d like to congratulate all the other tournaments that helped make the PGA Tour season so unforgettable.”

The 2017 Travelers was won in dramatic fashion by Jordan Spieth, who holed out from a greenside bunker on 18 to edge Daniel Berger on the first playoff hole.

“We work hard on making sure everyone who attends or participates in our event has a world-class experience, so no detail toward that goal is too small,” said Andy Bessette, Executive Vice President and Chief Administrative Officer of Travelers. “We are proud to associate our brand with the PGA TOUR and this event, and are honored by this tremendous recognition. The best part is that any success we have means more money and attention raised for so many local charities that partner with the tournament.”

The 2018 Travelers Championship will be held June 18-24 at TPC River Highlands.

Will Zalatoris Wins PGA Tour Rookie of the Year Award