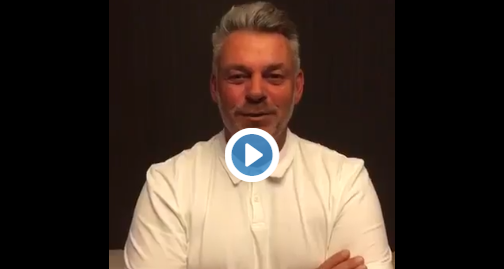 European Ryder Cup captain is already recruiting fans and we’re still a week away from competition.

Darren Clarke posted this video on Twitter asking any pubs, pizzerias, tapas bars, and restaurants with European “flavor” to show their support for Team Europe.

He also wants those super fans to send him videos of their support. He’ll choose the 6 best and award them each two tickets to the Ryder Cup tournament at Hazeltine. Sounds cool right? Except that he followed up with a message that is in desperate need of translating…

The best few from further afield will receive something nice through the post. #TeamEurope

“The best few from further afield will receive something nice through the post.” That could mean so many things.

Maybe it’s a trick form the European team? We shouldn’t take them for granted, they are the defending champions and have dominated the Americans in the past.