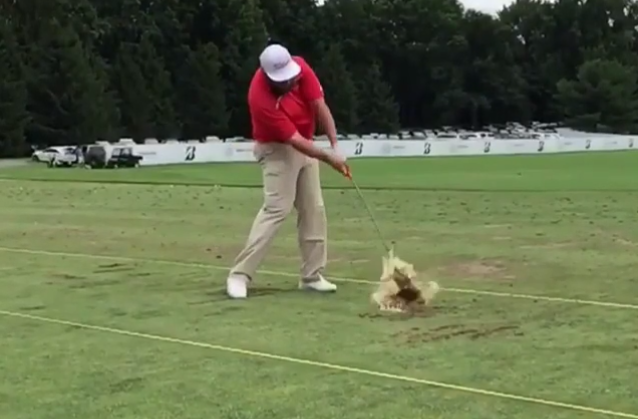 While Dustin Johnson was winning the WGC-Bridgestone Invitational in dramatic fashion, and cementing himself as the hottest golfer in the world, another famous (or infamous) pro golfer, with a similar sounding last name, made news in Akron this past weekend.

Have a look at Andrew Johnston, the 27-year-old recent winner of the Spanish Open, living up to his “Beef” nickname in this video.


Can someone get him a “free burgers for life” card, just like the one Happy Gilmore got from Subway? Soon we’ll be seeing “Beef” doing commercials just like this.

“Beef” looks poised to be the next blue-collar guy to take over the tour, following in the footsteps of Boo Weekley and John Daly. He was not shy about his celebration plans in this interview following his win in Spain.

Johnston and Daly are due for a beer (or 10-12) in the coming months. And maybe Rickie Fowler and Justin Thomas could be there to provide snapchat analysis.

Thomas Gets Emotional With Grandparents On Hand For Win