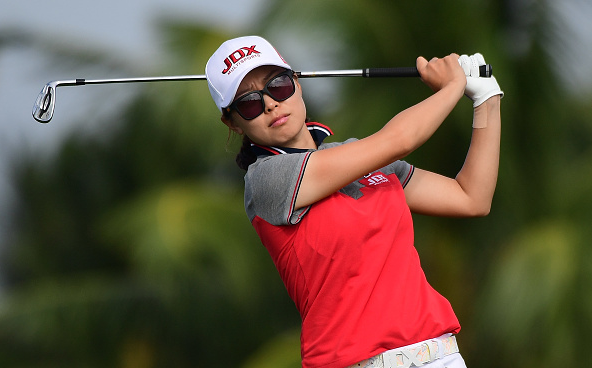 Sun Young Yoo shot a 7-under-par 65 on Wednesday at the Jian Lake Blue Bay Golf Club and leads by two after the opening round of the Blue Bay LPGA. 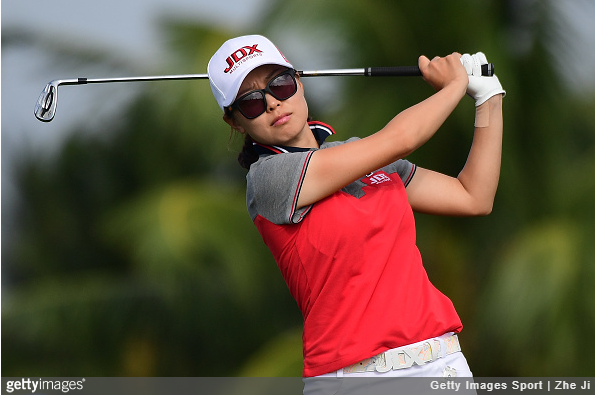 The 30-year old South Korean posted a bogey-free round which included seven birdies, highlighted by one to close her day on 18.

“Pretty solid overall,” said Yoo, who has two wins on the LPGA Tour but none since 2012. “I saw a lot of positive things in myself today, so hopefully I can get it going.”

Chinese rookie Xiang Sui is one off the lead at 6-under 66. The 18-year old is making her first LPGA Tour start.

A logjam of six players are tied for third at 5-under 67, headlined by American Lizette Salas, who entered China as a tournament favorite.

“It’s got to come to an end somehow, and I’m just really fortunate that I had this Asia Swing and really excited to go back to the States and play the final event,” said Salas, who has three top-5s in Asia.

Four more players are deadlocked at 4-under par led by newly-minted No. 1 Sung Hyun Park of South Korea.

Sisters Moriya and Ariya Jutanugarn, who were paired together, fired matching 69s, and are tied with five other golfers at 3 under, including last week’s winner Shanshan Feng.

“Yeah, I like when I play with her, and especially on the par 3. When I look at her, oh, seven; so I hit nine, makes me feel good,” joked Ariya Jutanugarn.

Defending champion Minjee Lee shot 1-under 71 and is six shots back, along with another set of sisters, Nelly and Jessica Korda.

Catch up on all the highlights from round one of #BlueBayLPGA right here: pic.twitter.com/RNtAyPjB5g

“Swing-wise, I kept the same thing. I just tried to have fun out there, and actually I had a lot of fun today. Not too much going on. I like it.”
–Sun Young Yoo, First Round Leader, Blue Bay LPGA